Till the Other Side of Time 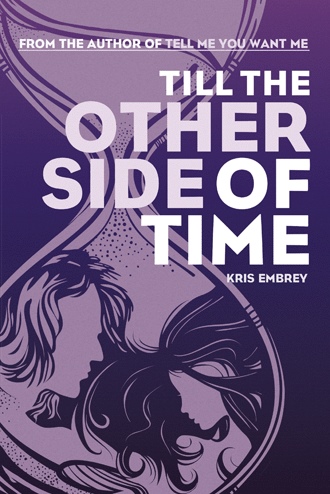 We arrived at the restaurant, and I was nervous. I could tell Sebastian was too, but he, Bridgette, and Leon got out of the car and walked into the restaurant. I waited a few minutes before I went inside. When I saw that the coast was clear, I stood behind a large plant toward the back of the restaurant, close enough to the table they were sitting at that I could hear what was going on but still well hidden from the table so they couldn’t see me. Sebastian walked over to his mom and gave her a hug. He introduced his parents to Bridgette and asked them if they remembered Leon. They all said their hellos, and I could hear them speaking. Sebastian took his seat and acted like nothing was going on. His mom started speaking in Greek, but Sebastian politely asked her not to do that with guests at the table.
Sebastian turned to his mother, paused, and said, “Mitera, Dad, I asked you to come here because I have something I need to tell you.” He turned to Leon and took his hand. “Mitera, Dad … Leon and I are in love … and I’m gay.” Rick and Bridgette started busting up laughing. The boy’s parents didn’t, and Athene started yelling at Sebastian in Greek.
“Sebastian Adonis Rolland, sas boke mitéres kardiá sas.” (You broke your mother’s heart.)
Sebastian’s dad, Richard, who was shaking his head, yelled at him,
“This was the family emergency you called me to Greece for? You’re gay?
I don’t believe it, Sebastian.” Richard looked at him in disbelief;
he was not buying into any of his son’s nonsense.
Leon pulled his hand back from Sebastian rolled it over his head, turning away from him. “Sebastian, you know you ain’t right.”
Rick, Bridgette, and Alana were all laughing hysterically, and his parents were getting more aggravated by the minute. Sebastian turned to his mother, put his arm around her chair, and said seriously, “Mitera, I’m getting married.”
I had been standing off to the side, hearing most of the conversation going on, when I saw Sebastian lean into his mother. I took that as my cue and walked up to the table behind her. Richard heaved a sigh of relief when I came into view and smiled, putting my hands on Athene’s shoulders. She was startled and turned around. When Athene saw me, she jumped out of her chair and started crying.
“Gina! Sebastian egó tha sas timorísei argótera.” (Sebastian, I will punish you later.) She put her arms around me, smiling, as Richard called the waiter over and ordered a bottle of Ouzo for the table.
Leon was happy to get up and move down a chair away from Sebastian. I took the open chair, leaned over to Sebastian, and asked how it had gone over. “Perfect,” he said.
Athene wanted to order food for the table. By now the bottle of Ouzo had arrived and was flowing mostly in the direction of Rick and his father. Sebastian did one shot for the celebration but then went back to drinking water. Bridgette and Leon were having a great time, and it made me very happy that my best friends were blending into Sebastian’s family as if to be a part of it. We all had a great time laughing while we waited for the food to arrive.
Rick and Leon were getting caught up from the tour and telling Bridgette about the crazy escapades that took place on the bus, with Alana rolling her eyes in my direction. Rick, who was seated next to Bridgette and seemed like he was flirting with her, said, “We’re leasing a jet for the next tour. Want to work for us?”
Bridgette, unimpressed, told him that she loved her job but that she would think about it. Bridgette wasn’t easily impressed by rock stars. She worked in first class and interacted with them on a daily basis. They were her least favorite people to deal with. Leon and I looked at each other and had the same thought: that would be a fun tour. 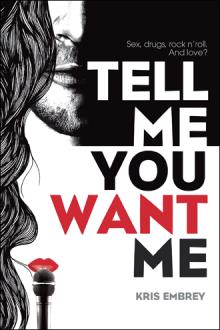 November 1986, when Gina Kelly and Leon Taylor take off for Greece after a tumultuous tour with Tin Garden. But what Gina does not know is that Leon is keeping a secret from her.
After Leon leaves Gina at the Acropolis, she is unexpectedly met by Sebastian, who is still madly in love with her. But Gina, who is still heartbroken over Sebastian’s betrayal, is not as willing to forgive him as he thinks. After she initially rebuffs his proposal, he convinces her that he has cleaned up his act. Hours later, Gina ignores pleas from her friends not to move forward and marries him. Just as she leaves her singing career behind for motherhood, Sebastian makes a monumental decision with the power to change everything once again.
Till the Other Side of Time shares a glimpse into the music world of the late eighties as a rock star who works hard to overcome his addiction issues, learns how to heal himself in order to move forward into a new chapter in his life.
The author opens up and shares her journey after writing her first book Tell Me You Want Me, when the fiction book took on a life of it’s own. Likeness between reality and fiction surrounding the authors main character Sebastian, parallels a unique story of synchronicity. How far does real life imitate art?

Kris Embrey is a music aficionado who worked for Dick Clark as a runner for his music production company and for several television productions that included the American Music Awards and the Academy Awards. To learn more about her, visit tellmeyouwantme.com. Till the Other Side of Time is her second book.