In the Beginning God …

A Primer on Self-Government 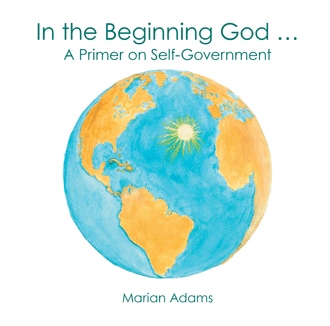 A Primer on Self-government

“In the beginning God created the heavens and the earth.”

God made them, gave them birth.

God made the sun for day to give warmth and light;

He made the moon and stars to guide in the night.

Such was God’s power

In strength He did tower.

All that God made He called Good,

But missing were people to enjoy what God made,

The wonders of nature, so beautifully displayed.

So He made a man and a woman and gave

To them power over the earth to rule.

Populate it with children,

Communicate with God in prayer.

Trust and obey; don’t be cruel,

God speaks to people through His Word,

And through the small voice within.

If power is used to harm, discipline must begin

In order for the God-given Rights to win.

Such a list is a set of rules to keep you from harm,

Safe and secure in mom’s or dad’s arm.

When living under a system of rules called government.

Just as God planned, after thousands of years,

To find more land for everyone living

And have enough food, even some for giving.

Waterways were highways to travel with a breeze.

“For such a time”, for a special person,

Believing the world was not flat but round

And he would return to the very same ground,

Ventured forth with hope and prayer, westward bound.

With so many people, so many places,

There were many systems for many nations,

Each had different foundations and aspirations.

Some were good and followed God’s plan,

“For such a time” a small group decided to escape

Across the ocean to the New World, there try to shape

Hard work it was, building “the home of the brave”.

Seeing the productivity, the lands from which they came

Burdened them with rules and taxes, considered fair game.

“For such a time as this,” a few Liberty-loving men

Met in the Continental Congress on July 4th, 1776,

Representing the thirteen original states, there and then,

Declared their Independence and did their names affix. 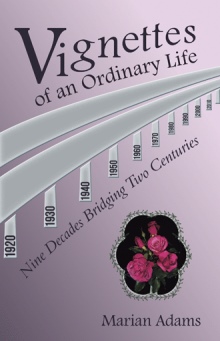 Today’s youth seem to know very little about the history and government of the United States of America, the nation in which they live and will soon inherit. Inspired by this thought the author wrote, “In the Beginning God . . . . . A Primer on Self-government” with rhythm and in rhyme to excite all ages in an adventure from Creation to the present. Poetry and suggestions for imaginative drawing and creative thinking stimulate interest in this one-of-a-kind nation. Learning becomes fun as the student takes on the role of Illustrator.

Parents, grandparents and teachers can model and reinforce pride in the nation which emerged from a fresh start in the “new world” and became the greatest and most envied nation on earth. Godly values were an important part of its government “of, by and for the people” with “liberty and justice” for all.

Step into your time capsule and enjoy the trip as you and your family gain a better understanding of this great nation and thus secure its values and history for future generations.

Such a list is a set of rules to keep you from harm,

Safe and secure in mom’s or dad’s arm.

When living under a system of rules called government.”

From her perch on a hill in north central Washington State, Marian Adams reflects on her life of variety including changes in lifestyles, careers and goals. After earning a B. A. in Music, with minors in English Literature and Education from the University of Washington, she taught in the public schools in small towns. She has taught piano, flute and voice privately since age 14 and now directs a hand bell choir in a community church, a very special and rewarding form of teaching.

A very big change in lifestyle began when she married a tall Texan who had earned a B. S. degree in Agriculture from Texas A. & M. It was not long until they purchased a beautiful stretch of land along the Okanogan River where, for many years, they raised apples and hay. A daughter was born to them during that time who loved working and playing in the great outdoors. She and her husband now own land not far from the home place. After selling their farmland, Marian and her husband served as contractors for building a new home in Omak. Marian did extensive tile and rock work on the project, an interest which developed during the remodeling of their farm home.

Now living alone, Marian is writing poetry to describe her many colorful experiences and thoughts about current national and world problems. She has self-published two books of her poems: “Life, Love, Faith, Fun In Poetry” and “Fusing Musing With Rhythm and Rhyme.” This book, “In the Beginning God . . .” A Primer on Self-government, was inspired by the fact that the youth of today seem to know very little about the history and government of the nation in which they live. Drawing on her experiences in the public arena, and her love of words and teaching, she created this activity book in verse.