Vignettes of an Ordinary Life 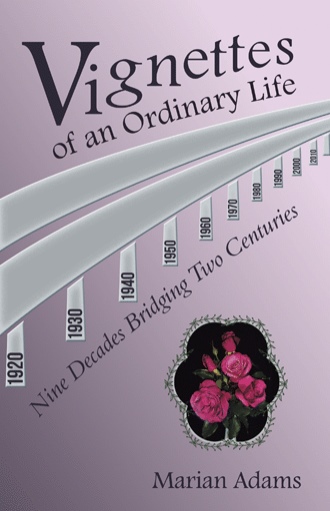 Graduation in June 1948 was quite a milestone. After that, in two additional quarters as a post- graduate student, I completed the requirements for a Three-year Secondary Teaching Certificate.  I then returned to Spokane and wrote letters of application for many, many openings.  First-year music teachers often find themselves starting out in small rural schools.  I think I could have handled that, but superintendents didn’t think so.  Many of my applications came back with the hand- written words, “We want a man.”  That could not happen in today's world, but I could understand the reasoning.  Small schools had both a band and a choral program which had to be taught by one teacher. School boards and superintendents could not imagine a woman handling a band with its many appearances at sporting events, which were near and dear to small communities at that time.

School was underway in September 1949 and I had not yet found a position. I kept in close touch with the university placement office.  At that time certification for elementary teachers was available only at the state colleges in Bellingham, Cheney and Ellensburg.  Secondary certificates were acceptable for either level, but an elementary certificate was not sufficient for high school teaching.  I decided to look through the elementary listings.  There was one that really caught my attention:  Yakima County needed a music specialist who would teach only music in two elementary schools, one in an outlying area and one in the City of Toppenish.  I immediately telephoned the Toppenish Superintendent who seemed very interested.  I mailed my resume′ and within a few days received a contract, together with detailed information about the community, expected performance in the position, and even a suggestion of a place in which to live.  This was one of many instances in my life when the Holy Spirit’s intervention was very real.  I was filled with gratitude.

I started packing and making arrangements.  Mom and Dad would take me and my belongings to Toppenish and stay a few days until I was situated in my apartment.  The building in which I would live for a couple of years was a former Episcopal church which had been remodeled into apartments.  Amazingly, the one as yet unoccupied apartment was the former entry or vestibule of the church. It had been a simple church.  The entry was not grand but the steps were wider than usually seen in residential use and there was a small covered porch.  I thought it was attractive, but wondered about the fact that it was the last apartment to be rented.  The best answer I received was that since it was now owned by the Toppenish School District and mostly single women teachers lived there, the other apartments seemed safer than this one located right along the street.  There was an outside entrance in the back of the building and a staircase to the second floor apartments on one side.  The front apartment had a small kitchenette and full bath.  The main room had a walk-in closet, small windows on three sides and a hide-away bed/couch combination.  Mother and I went into the city of about 5,000 and purchased some inexpensive plastic curtains and rods.  We then sanitized the surfaces and began unpacking. Daddy busied himself with putting up curtain rods and doing odd jobs.  Mom and I had sorted through her older pots, pans and kitchenware and selected enough for my needs.  These filled the storage space in and around a small stove with oven and a refrigerator.  We must have added a table and chairs later, possibly brought from home on my parents’ next visit.

The day on which my contract began, I walked out the door of Red Gables, headed for school and the beginning of my teaching career.  Automobiles were not common in 1949. The wars ended in 1945, and though the domestic economy chugged along during the conflicts, the rationing of fuel did not offer sufficient incentive to own a vehicle unless absolutely necessary to get to work.  In large centers busses and trolleys provided transportation.  Farmers were allotted fuel to meet their minimum needs, as was my father’s business since food and industrial products were needed in the war effort.  Single persons just starting out had their own two feet, and pooling rides was common.  My superintendent realized that I did not have transportation and arranged with the principal of the city school to drive me to the outlying school two afternoons per week.  On those two afternoons, I went back to the city on the school bus and then walked home.

My first day teaching was made especially memorable when I realized that my class schedule listed a sixth grade class, as the very first class of the day, followed immediately by a kindergarten class.  This required some mental gymnastics.  I thought things were going well when, after I introduced an activity to the eager little kindergarten group seated before me, suddenly, one handsome little boy looked at me earnestly and said, “What’ll you do if I don’t?”  I really don’t remember just how I recovered from that, but recover I did and class continued.  What a surprise from one so young!  I found out later that this spirited young man was the son of a local policeman. 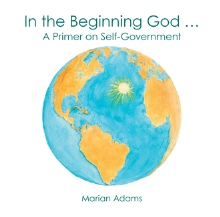 Not everyone will become rich and famous!  For many of us, life will be simple and humble, and perhaps just plain ordinary.  But life does present opportunities for making decisions that can lead to happiness, satisfaction, and joy.  Our personal stories can be deeply rewarding and filled with lessons even if we don’t find riches and fame along the way.  In Vignettes of an Ordinary Life, author Marian Adams invites us to share in her life spanning nine decades and bridging two centuries.

Marian’s ability and training in teaching propelled her economically and socially through a broad spectrum of experiences which transformed her seemingly ordinary life into an extraordinary one. Through opportunities such as directing church choirs and teaching Sunday school, she interacted with many different people and built strong relationships.  Inspired by the Holy Spirit to write about the life and times in which she lived, decade by decade, Marian reflects on the political, financial, cultural, career, and family changes that influenced her otherwise ordinary life.

From her early years in the Roaring Twenties through the challenges of the Great Depression, World War II, and beyond, Marian paints a compelling picture of her ordinary life as she searches for the path God planned just for her, knowing that God leads His believers to accomplish the extraordinary    according to His purpose.

Marian Adams was born on July 15, 1926.  She was privileged to have been reared in a family with strong convictions in faith, love of beauty, and values grounded in truth and morality.  Marian has a Bachelor of Arts degree in music and earned a secondary teaching certificate.  She has had many careers and interests: teaching, farming, bookkeeping, masonry, painting, composing and arranging music, writing prose and poetry, landscaping, and growing roses, while also being involved in politics, her faith, family, and community.