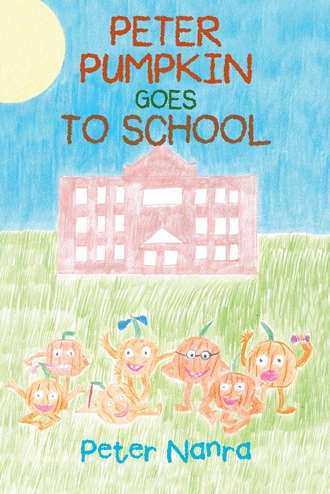 On the morning of December thirty one, thirty three pumpkins, plus three teachers headed out of the Patch to visit New Surrey City. Pele, Peyton and Parker were also invited to attend, to help chaperon. Mr. Papi Pumpkin also came, for added security. So forty pumpkins travelled that day. We left the Patch thru the East Gate. Which meant we walked thru a very dark, grungy, vermin infested tunnel, which leads us to the city transit depot. From there we boarded a train that took us to a hotel. And this train moved fast. We were passing by objects so fast that we couldn’t even identify what some of them were. That train ride was by far the fastest I have ever travelled. When we got off the train, the New Surrey football team officials greeted us, with big smiles on their faces and said “How do you do?” They seemed happy that we arrived safely. They helped us settle into four hotel rooms. The rooms were really nice and comfortable. Very spacious. The carpet in the room was warm, dry and soft. And the view outside the window was terrific. We saw the skyline up close. It was unlike what we experience in the Patch. There, the ground beneath us is hard and wet. And there aren’t any tall buildings either.
We didn’t spend very much time in the hotel room that afternoon though. The team officials waited for us to settle in quickly, and then we were to proceed to the stadium without any unnecessary delay. The stadium was walking distance from the hotel.
There were a lot of spectators in the stadium for that game. It was SRO. You see, I learnt a new text. A person in the stadium announced there were over eighty thousand people watching the game. Wow! And looking up into the sky, we could see numerous witches and other ghouls flying overhead. If the announcer counted the ghouls, and us pumpkins, the attendance would have been considerably higher. It must have been an important game. One usher remarked it had playoff implications.
Just before the game started, we had to stand and everyone sang a song. It looked like everyone knew the words, because they were singing in unison. And the roar of the crowd when the game first started was so loud, that the stadium started to shake. It almost felt like an earthquake. It sent shivers thru my skin.
We sat in a secluded room. It was called a box suite. It seemed like we were fortunate, because most people sat in cramped up seats. They had to face the cold, while our suite was quite warm. There was a cold rain. We sat in comfort, with a roof over our heads. However, throughout the game, the people never cared about the cold wind and rain. I was amazed to see all of them watching and cheering. I had seen some sporting events on television, but this was the first time I had attended a live event. It seemed so important. It was the place to be. The people were overwhelmingly in favor of the New Surrey team. Many were wearing the same clothes as the players were. The usher said this was to show their support. And when their team scored, they were so elated. They were yelling and screaming at the players seemingly about every movement they made. Some of them even made very rude remarks towards the referees. Everyone seemed so involved in the game, as if their own lives depended on the outcome.
And we were seen on live television. In the middle of the stadium, there was a giant television. At halftime, the announcer made a statement.
“Ladies and Gentlemen, can I please have your attention. Please direct your attention to the east side of the stadium, where for todays’ game, we are honoring thirty three pumpkins. They have travelled here from the nearby pumpkin patch, and are here as our special guests. They are here because Peter Pumpkin was the winner of the guest contest. It was his idea for your favorite team to feature a pumpkin as the team mascot. Please give the pumpkins a warm welcome.”
Everyone started to cheer for us. We felt so special.
“Wow Peter. You’re famous now,” remarked Pekka.
“Can I have your autograph?” joked Pashelle.
While the announcer was talking, our real live activities and movements were shown on the big screen. The camera was mostly pointed at Peter. His face was projected onto the big screen. 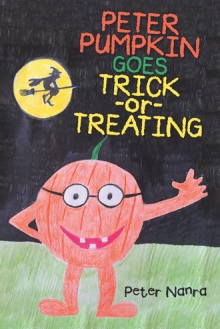 Peter Pumpkin is now five-years-old, and that means he’s off to school.

A whole bunch of his pumpkin friends are joining him, and together, they study English, math, history, computers, and cell phones. It takes all the energy and determination they have to master the material.

Peter and his friends also get the chance to engage in physical activity, including dangerous rolls down a hill. But the most important lesson they learn is how to protect themselves from other species that would like nothing more than to turn them into tasty pumpkin pie.

They must also be weary of Wanda Witch, who is always plotting ways of getting rid of the pumpkins. If she had her way, she would get rid of all the ghouls, not just the pumpkins. The pumpkins realize she must be stopped.

Join Peter and the rest of the pumpkins as they begin an educational journey that will last a lifetime.

Peter Nanra was born in Leicester, England, and lives in Vancouver, Canada. He earned a bachelor’s degree from the University of British Columbia, and he views reading as a key element in the education and development of children. He is also the author of Peter Pumpkin Goes Trick-or-Treating.