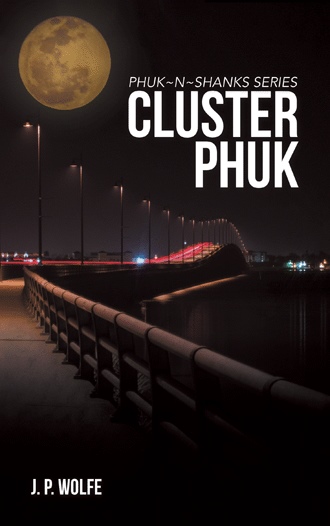 Roman and Betty Weeks’ retirement had been mostly uneventful, but that would soon end. Little did they know this would be the worst Saturday of their lives. The Weeks’ family was a close-knit group. Roman and his wife had three wonderful grandchildren. The oldest of the three was a tad rambunctious. He had a bit of a problem with authority figures. How unusual for a pre-teen. When Bobby took something he shouldn’t have, he realized too late that he should have left it where he found it.

At his father’s office in Port Charlotte across the bay, he unknowingly set in motion a chain of events that caused trouble for his whole family; trouble that would stay with him forever. But it gave his therapist and him lots to talk about. Bobby liked to go through his dad’s lab just off his office. In a locker he knew to stay out of, he was sure he’d find something good. His dad didn’t know Bobby figured out the combination to the lock – his brother’s, sister’s and his birthdays. Bobby couldn’t help but think how dumb that an executive would use his kid’s birthdays for a combination. Lame.

As Bobby went through the electronics in the locker, he thought, Wow, nothing here but a crappy old game, fireman-fireman. It looks like it’s twenty years old. Babies drop from a burning building and bounce from one fireman’s net to another to safety. This ought to keep me busy for at least ten minutes.  He put it in his pocket and searched on. Nothing else there.

His father, Bill Weeks, strode into his office and saw his son walking out of his lab. “Bobby, what are you doing here?”

Bobby saw his dad and reminded him, “I told you about the teachers’ conference at two-thirty today.”

Bobby had an appointment in Port Charlotte to see his shrink at four. With concern, his dad asked, “Are you on your way to see Dr. Evans?”

Bobby, with a look of disenchantment on his face, said, “I don’t like her. Everything I say to her she said is related to mom, like my mother is my only problem. She’s stupid. I don’t think she knows what the hell she’s talking about.”

“Hey, watch the language, mister!” Then Bill’s face took on a look of concern. “Are you going to your grandparents after your visit with Dr. Evans?”

As Bobby headed for the door, he answered back, kind of sassy, “Where else would I go?”

His dad reminded him he had school tomorrow and not to stay at up late with his games. “Tomorrow is Friday. I’ll pick you up after school.”

But Bobby wasn’t planning on going to his grandparents. Instead, he caught a cab to his buddy Ben’s house. They were gamers to the tenth power. They burned up hours on war games, especially the gory ones.

After grabbing chips and sodas, they went to Ben’s room. Bobby pulled the fireman-fireman game from his backpack to show to his friend. Ben looked at it and laughed out loud. “Where did you get that thing? It must be forty years old!”

Shuffling around a little nervous, he said, “I found it at my dad’s office. I never saw it before. I think your right; it’s ancient.”

Ben suggested they use it as a target for his wrist rocket. Bobby thought about it for a second. No, I’m keeping it. I kind of like it. It’s fun. Anyway, let’s play some Warcraft.”

They stayed up late enough that Bobby ended up staying the night. After several hours of gaming, the boys finally went to bed. As Bobby laid there half-awake, he thought about his visit to Dr. Evans. She always seemed to try to make him feel like it was his fault for his pessimistic thoughts concerning his parents and school and life in general. What really bummed him out was that he wasn’t even aware he was a pessimist. Not until that dumb-ass shrink put it in his head. Bobby hated that quack. He thought to himself, I think I will start making things up, things like I’m thinking about being a drug dealer, or brain surgeon. Or tell her he has strange sexual urges, like bestiality. That ought to slam her sphincter shut.

Just before he closed his eyes, his last thought was what he was going to do with the game he took from his father’s locker. He decided to put it back tomorrow. He’d leave school early and meet his dad at his office instead of being picked up at school. Then he would sneak the toy back and clear his conscience. Mabey he could find a way to get in without his dad knowing. He didn’t want him to find out he was in the locker. Maybe he would pull the fire alarm to get everyone out of the building. Maybe he would tell his father’s secretary, Angie, what he did and enlist her help. He decided to play it by ear.

Lou Sanders could make things happen when it came to the financial market. He was one of those who used his looks and charm for profit. He gained people’s trust to take advantage of them. So, when approached by shady characters with get rich quick schemes, he grew suspicious. But when money is involved, people get a little crazy. And crazy is delivered on a surprisingly large scale. Lou was learning that the cost of his ways would be costlier than he imagined.

Persons unknown hired him to find a young boy and take a toy from him. Not just any boy, but the son of his friend and customer, Bill Weeks. He was instructed to retrieve the toy only. The boy was not to be harmed in any way. Sanders subbed it out to his cousins, Dog and Jug Hill. 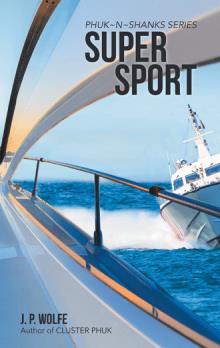 In the small town of Punta Gorda, Florida, young Bobby Weeks messes around in his dad’s stuff and finds an old fireman game. He takes it but plans to return it later, not knowing that he’s just set a plot in motion that could get him and his whole family killed. Soon, some thugs called Dog and Jug come knocking, and the trouble begins.

Detective Gill Phuk and his partner Hattie Shanks are the top detectives of their division, not that there’s often much to do in their quiet community. When things start to go a bit haywire, they’re called in to investigate. They’re used to dealing with a colorful mix of characters, but when a multiple murder occurs, it’s all hands on deck.

Bobby never could have guessed a silly game could cause so much destruction, but he also probably didn’t know his dad, Bill, was designing a search engine for the military. Phuk and Shanks have trouble of their own dealing with a notorious criminal known as the “Commander.” Thugs and suspicious beauties run amok in this small historic town as two tough detectives try to solve a mystery, stop a crime, and save the day.

J P Wolfe is new to writing fiction. His earlier works were more along the lines of daily reports. He had an idea for a crime drama and put it down in writing. Some of the anecdotes are true. He had changed the names to protect the innocent. He hopes to continue the Phuk~N~Shanks series.
www.jpwolfeauthor.com