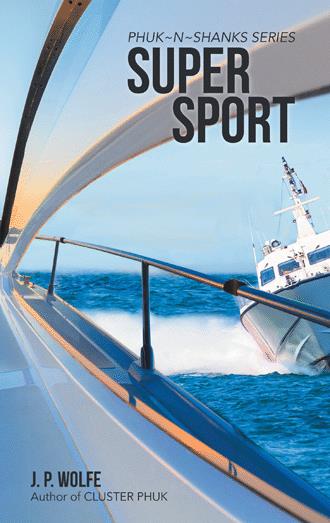 In the year 1835 in the Republic of Venezuela, the Governor of Caracas, Ramon Rodriguez, staunchly believed in the old ways and all the rituals that embodied his belief. He thoughtlessly had arranged for his daughter, Camilla, to wed a business associate’s son. Jorge Esteban, a wealthy landowner's son, would be the man who would benefit from the marriage. Or so he thought! When Camilla's father informed her of the arranged courtship, she was beside herself. He explained to her that it was her duty and that it would be a great honor for her to be married to a man who had such a bright future ahead of him. He explained how she would prosper as a prominent citizen, as well as a woman of high society, entitled to the luxurious lifestyle that most could only dream of. There was just the one problem. He hadn't realized that his youthful, spirited Camilla loved another.

Camilla Rodriguez was a very beautiful and charismatic woman. Her long black hair framed her face perfectly and accentuated her dark eyes. She had high cheekbones and dimples that caught the attention of every person that crossed her path. She was tall and statuesque. She carried herself with a stride that let everyone know she had pride and resolve, as well as the strength of a young woman who accepted the responsibilities of a dignitary’s daughter. She had always been expected to represent her family at all the functions held in her father’s honor. She was always there for him. Then, as it happened, he offered to give her hand to a young man she had known her whole life. A young man she had never liked. He was a presumptuous, selfish, and self-involved prick. She felt her father had betrayed her with his absurd promise to a business colleague to further his own interests. She found herself unable to tell her father of the feelings she had for another young man.

Jorge Esteban had just returned from college and was enjoying the life of an entitled 22-year-old man without any real responsibilities to fill his day. Jorge was very much looking forward to the marriage. In that time in Venezuela, the joining of these two powerful families would create a formidable commercial aristocracy, ultimately making Jorge a top figure in the country and giving him the opportunity to fulfill all the useless desires he had looked forward to as a spoiled child.

Jorge had an addiction to gambling on horses and cockfights. He thought of himself as a fighter, and he did get into many fights. He started these fights with no fear as his four buddies always surrounded him. They were bullies who threw their weight around, taking advantage of those afraid to defend themselves against the gang of thugs, strengthening Jorge's belief that he was untouchable and could carelessly push around whoever he liked.

The real love of Camilla's life was a young man from the United States. His name was Andrew Carlyle. He was the 25-year-old son of an American businessman who frequently came to the area. Jack Carlyle was a buyer for an American commodities group. He traveled to foreign markets to purchase goods and services to expand his fortune. He was anxious for Andrew to find his way in life. Andrew had earned his degree in economics from Oberlin College. Andrew was acting a bit slow in finding his way in the world as far as his father was concerned. He had brought his son along under the guise of a travel companion. His father wanted to expose him to his business to learn the ins and outs of his trade.

Andrew was a tall young man of six feet, four inches. He had chiseled good looks and a muscular build. He spent his time working in the stables, conditioning and caring for three horses he had raised from birth. He aspired to raise race horses, cattle, and prize bulls on a farm of his own. Farming was a far cry from what his father expected of him. His father wanted him to be a trader. Needless to say, he and his father butted heads a lot in conversations about his career. Ultimately, he planned to take Camilla Rodriguez back to the States and marry her.

Andrew and Camilla planned to sail to the U.S. and leave their lives of inheritance and security behind. They set out on a path where they could be together forever. Andrew waited outside the Governor’s mansion with the few personal items he packed for the journey. Camilla had carefully made her way to the side entrance of the mansion. She thought she could make her exit from the grounds without being seen. As Camilla reached for the latch on the door, she heard her father clear his throat. She spun to see him sitting in a chair in the shadows beside a large window on the adjacent wall.

Ramone said, “Where is it you intend to go, my dear?”

“Father,” Camilla said, surprised to find him there. “Why are you hiding in the shadows?”

“I asked you a question, Camilla!” Ramon said in a low, controlled voice.

Camilla couldn’t think of anything to say that would have made any sense to him. She suddenly felt scared of what her father would do to her if he knew what she was about to do. Then it came to her that he must know already.

She asked, “What is it you’re asking, Father? Where I go is of little concern to you, Father!”

“Everything you do is my concern, Camilla. I know of your rendezvous with your American friend, my dear! I'm afraid I can't allow you to embarrass the family in this manner!"

“What will you do, Father? Will you kill me, Father? Your business association is worth more than the life of your daughter. Is that how you designate the margin of profit for your pocket? Life means less than profit!” 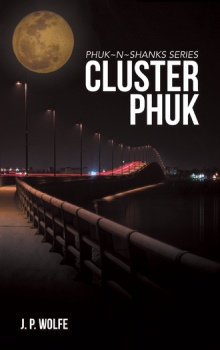 For almost four hundred years, a story has been told in the Rodriguez family about a lost heirloom known as “Llave de Oro.” When two young men find a silver medallion while scuba diving in the Caribbean, the legend appears more fact than fiction. The bizarre disappearance of these two young men leads their parents to contact Phuk and Shanks.

Gill Phuk and Hattie Shanks left the Punta Gorda police force to start their own private investigating business in Los Angeles, but the local police sergeant has no tolerance for their interference. A spot of good luck with the media presents Phuk and Shanks a foothold as they are embraced by the city in a very public way.

When the case of the missing divers takes a turn, the investigators find themselves in Venezuela searching for the famed heirloom. They’re soon caught up in a deadly game of cat and mouse as the Rodriguez family plots to seize the priceless medallion and eliminate anyone who gets in the way. Unfortunately for them—and despite a whirlwind clash of gunfire and grenade attacks—Phuk and Shanks never give up on a case.

J. P. Wolfe’s first novel was inspired by a single name. A craftsman by trade, his crime fiction is a thinly disguised portrayal of modern society, delving into human behaviors when confronted with disturbing, catastrophic events. Learn more at jpwolfeauthor.com.