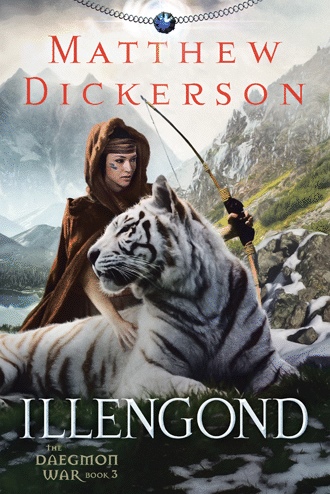 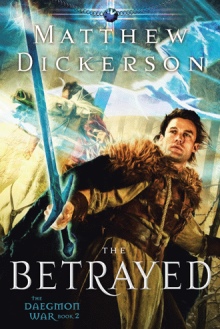 “In The Gifted and The Betrayed, Matthew Dickerson’s masterful story-telling and talent for suspenseful narrative draw us into the battle to save Gondisle from the Daegmon Lord. Dickerson brings to the creation of fantasy epic his keen observation of the natural world. Gondisle’s woods, plains, mountains, and marshes seem as real as those of our world. Nature is a living presence in The Daegmon War, and Dickerson follows in the footsteps of Tolkien and Lewis in making of fantasy the art of re-enchanting the world. This series satisfies our hunger for meaning as well as it satisfies our thirst for adventure.”

Daegmons have wreaked destruction on Gondisle. The hope of the land rests on a small group of heroes who possess mystical powers of healing, shaping, knowledge, speech with creatures, and supernatural strength in battle. Yet the combined strengths and gifts of these heroes seem woefully inadequate, while the enemy grows more powerful each day.

In the third volume of this series of epic high fantasy, Tienna, Elynna and their companions, after suffering a devastating defeat, flee east across the wild and rugged Undeani highlands, while Thimeon and Prince Dhan and their small band race north with two treasures from the troves of Citadel: a weapon of power, and an ancient tome of wisdom. Yet Daegmons and the armies of Citadel pursue both companies, whose desperate quests to escape and reunite lead them straight toward Illengond, the ancient holy mountain of the All-Maker. To survive, Tienna must learn what it means to be a healer, Elynna must become a leader, Thimeon must understand ancient wisdom, and all must cling to courage and hope in the midst of loss.

In addition to his three-volume fantasy novel, The Daegmon War, Matthew Dickerson is also the author of two works of medieval heroic historic fiction (The Finnsburg Encounter and The Rood and the Torc) and numerous books about fantasy literature and the writings of J.R.R.Tolkien and C.S.Lewis.