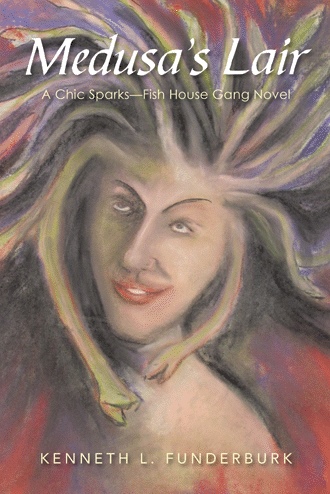 Campeche Bank is located along the north-northwest shore of the Yucatan Peninsula in the Gulf of Mexico and is well-known for nursing hurricanes. In the fall, three days is as long as it takes to form a named storm maintaining cyclonic winds and torrential rain. It is a legendary area where millions of years ago the dinosaurs met their end when a meteorite crashed into the Gulf of Mexico. The falling star also created absolute darkness upon impact with the Earth. The surviving large mammals would never again see the light of day.

Every careful sailor, versed in the history of the Gulf of Mexico, knows that September through November is that time of the year when hurricanes, forming off Cape Verde and the West Coast of Africa, eventually deliver nature's wrath to the Gulf and the eastern seaboard of North America. Likewise, on what may have begun as a fair-weather sail, the tempests can form quickly and intensely off Campeche Bank destroying a slow boat before it safely crosses the Gulf.

Captain Nathan Corley received his sailing orders from the home office of the Echeneis Shipping Line, located in Belize, the night before he was to sail from Veracruz, Mexico. His plea to delay the shipment of shrimp and red snapper to the wholesale house in Key West went unheeded. Captain Corley reminded the home office that, lest they forget, this was the middle of October and the conditions were ripe for the coming storm to intensify. The forecast was the development of a hurricane, category one, sustaining winds up to 80 mph. While the ship could handle the storm, his orders had the ship headed directly into the wind, meaning two days of pure hell on the water. Corley could see no reason to endure this kind of misery. It meant risking damage to the ship without good reason. He was given no reason. He was simply ordered to proceed on schedule.

Captain Corley was no fool. He knew the history of this shipping line was darker than the weather. Some of the fish on board came from the company's fishing boats, but over half the cargo was stolen by bribing fishermen from other companies for most of their catch before they returned to shore. Whiskey and weed was, for Echeneis, stock in trade. Captain Corley suspected he was part of some larger money-laundering scheme, although he never really understood the bigger picture. His real fear was that the crew, placed on the boat by the home office, was loyal to Echeneis, not to him, their Captain. The Captain's gut told him the crew had an agenda unknown to him. Was he actually in control, or was the crew in charge of this ship?

As ordered, Captain Corley sailed on schedule. The ship cleared the sea buoy out of Veracruz, heading due east toward Key West. The rising sun provided little evidence of its presence in the heavens. Dark clouds held a strong grip on the sky. Gale-force winds blew sheets of rain against the boat's windshield. The stabilizers helped, but were overmatched. Navigation was limited to instruments.

Captain Corley's perverse sense of humor kicked in as he thought about the legacy and mythology of the company's name, Echeneis. In folklore, the name referred to a sea creature that could stop or sink a ship. In modern day lexicon, the fish was referred to as Remora or suckerfish. Attaching itself, usually to the bottom of a shark, Echeneis and shark live in a symbiotic relationship. The apex predator of the seas delivers transportation as its companion dines on parasites and leftovers. Perhaps tonight, Echeneis, born as a myth of Mediterranean sailors thousands of years ago who had survived troubled waters such as these, will become the demon-myth and devour this vessel. If Captain Corley believed in demons, the rising storm might be interpreted as proof of their existence. The storm was not the worst he had seen, but he sensed in it an evil presence.

The logic of the ship’s masters in choosing this cursed name for their company left Corley cold and unsettled. In direct contrast was the christened name of the ship. What in hell were they smoking when they named the vessel Heaven? Perhaps in some drug-induced stupor, the masters hoped that if the curse came true and the vessel sank, the crew could at lease take comfort in going to Davey Jones Locker in the arms of Heaven.

Thankfully, the First Mate, Frank Parsons, made his way into the navigation station and relieved the Captain of the helm before he was overcome by his own hallucinations.

Frank had great respect for Captain Corley, as a sea captain and as a human being. He didn’t really understand the reason they were rushing into the storm, but he was satisfied it was not the Captain’s call. Both men were professional Merchant Marines; both were well qualified to handle a freighter of this size under normal conditions, but why risk it? Both men had learned through experience that under the best conditions life at sea presents unpredictable hazards. Why add stupidity into the mix?

Frank, at forty-three, was younger than his Captain. At five feet eight inches and one hundred ninety pounds, he was a stocky Italian with a big chest, a deep voice and a dark Mediterranean complexion. He was the kind of man you wanted in your foxhole. He was single, with no shore-side distractions. The sea was his only love.

Captain Corley carried one hundred eighty-five pounds on his taller frame of five feet eleven inches. He looked like he came from English stock. Corley was a family man with two grown children and a wife, who looked pretty good for her age. You could tell he was an athlete by the way he handled himself. He kept his counsel within and was considered by his peers to be a man’s man. While some sea captains qualified for the title only in their mother’s eyes, Captain Corley was the real deal. Frank was happy to have Captain Corley in charge this night, on this voyage, upon these foreboding seas.

“Thanks for taking the helm, Frank,” said Corley. “I need some fresh coffee and a little time to make sure we are prepared for this storm. It is going to be a rough night.”

“Captain, I hope this storm is all we have to worry about tonight,” Frank replied. “I overheard some of the men talking about rumors they heard that we’re going to be attacked tonight by members of the Zeta cartel. They feel like that’s the reason we had to leave port in this kind of weather.”

“Frank, why would they bother us? All we have on board is fish.”

"Captain, I get the distinct impression that we might have drugs on board," said the First Mate. "If we do, you and I could end up in a drug war. This is Zeta territory and they would not look kindly on us hauling drugs out of Veracruz."

"That probably explains why the home office insisted we leave in this foul weather," said Corley, “hoping that the bad guys wouldn’t attack in bad weather in open seas.” 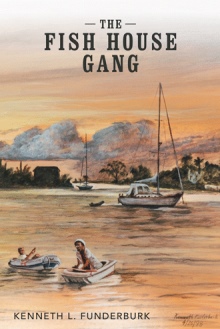 Chic Sparks is a clinical psychologist, famous tenor, and part-time investigator. After his beautiful, red-headed girlfriend, Suzy, convinces him to pursue a search for his former friend, notorious crime boss Ken Renfroe, he is soon pulled into the heart of a criminal enterprise that stretches from silk stalking bankers in Boston to the charismatic underworld leaders of the Sinaloa Mexican cartel.

As a wild sea battle between two warring Mexican drug cartels ensues, Chic must navigate through constant conflict as he penetrates deeper into a dark world and searches for clues he hopes will lead him to Renfroe. After he uncovers a money laundering operation infusing billions of dollars of drug money into the world economy, the lair is revealed as bloody conflicts between the cartels come to a head in an ultimate battle for domination. Now only time will tell if Chic can escape the lair, bring the truth to light, and complete his mission to find Renfroe before it is too late.

In this gripping tale, a modern day crime fighter on a quest to find a crime boss uncovers an international money laundering enterprise that places him in grave danger.

Kenneth L. Funderburk graduated from Samford University, attended graduate school at Mississippi State and received his juris doctor degree from the University of Alabama. He has practiced law for over fifty years and is active in the art and music community. He is the senior partner in a law firm and has served as a County Attorney for many years. He has a wide business background including as a real estate developer, is on the board of several small businesses and was the founder and chairman of the board of a savings and loan. He is a member of the 10th Street Art Gallery, Columbus, Georgia and has won multiple blue ribbons in juried competition in the acrylic medium. He has served as part time choir director in churches in several states. Many of the events in the novel come from 20 years as Captain on his Amel 40' ketch yacht sailing the entire Caribbean Island basin. He has been involved in community service for his entire adult life.