The River May Run 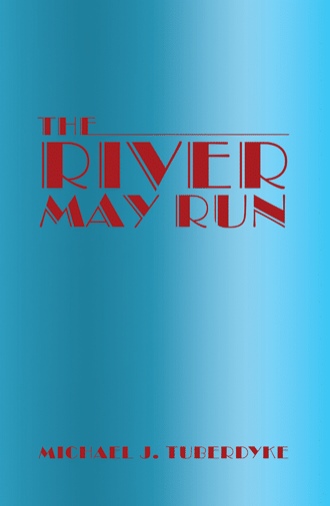 There was something about the night and its charms that fell away and set itself apart from the day. In the bright light of the early morning, the day was young. Every heart filled held burning aspirations, creating a beautiful orchestration of life. Whether they could see it or not, the spark was in their eye. It was hard not to imagine yourself invincible.

I have only come to appreciate the dawn recently, but in my early twenties, a few years back, I longed for the night. The evenings held just a little bit more that appealed to my curiosity. All of that is over. Those forgotten faces all dispersed. Only their ghosts are left to haunt the booths and aisles of that one very peculiar bar.

Before I packed it all in, I decided to go for one more round. There was nobody that I recognized. I found it odd, however, when I overheard a group of kids younger than I talking about us, in the same booth we would sit in. They were trying to figure it all out.

Having aged since those years, I’ve become less vulnerable to accidents. I tend to keep my door open, only by a crease to peer out every so often, at the subtle secrets of life.

For now, I shall recall to you a brief history of myself. My family separated when I was young; it was a common occurrence in that great dynamic shift around the dawn of the 21st century. My simple childhood, grew increasingly more difficult as it turned into a burdensome, budding manhood. It seemed to me that opportunities were, at the bare minimal, limited.

When I would think in this way and get hung up on the sheer enormity of life, I would recall the words my grandfather spoke to me, before he passed away.

He said, “There is no real end, except the final bow. Mine will be soon, but to you I wish an eternity. Make of it what you wish. I hope you love. I hope you get startled too. And get swept away, underneath a bellowing sky that holds every possible dream you could wish to work toward.”

Those words have turned continually in my mind ever since. He was from a different generation: the greatest, they say. He fought in World War II, not in an infantry unit, but partook as a physician along the banks of Pearl Harbor. He hardly spoke of his experience unless he was around old friends. To everyone else it was merely something that happened. After the war, he became an entrepreneur. He built and owned his own shop, where he repaired clocks, just a stone’s throw away from his home. Luck proved favorable for him throughout the years. He provided well for his family and even had a little extra to gamble with on the side.

In a way, he reminded me of a close friend of mine, by the name of Calvin Hearst. Calvin was unlike anyone I knew, and I was sure to never come across another quite like him again. When I think back, I can recall his ridged, stern face that held just a touch of sadness, buried deep within in his eyes. By modern societal standards he was an outcast and, in some ways a derelict.

Something possessed him. Some strange essence, which lingered through the chambers of his haunted heart. He had an extraordinary amount of faith, which like coal, burned the fire. You wouldn’t be able to tell that by looking at him or even by talking with him. He didn’t talk much. No, you would have to know him to understand, and, with that, you would see a side of life that the twenty-first century was losing.

He was very young at the time. We all were. I was twenty-two years old and there was a promising new decade on the way. The last one seemed to be a bit of a sham. A housing crisis, the attacks of September, 11th, and an overall recession, combined with technological advances, made me realize that the world I once knew, was now turning into something else entirely. It all seemed to happen overnight.

We stood on top of a hillside in the park that spring. Our vision of the city below, was framed be the dead limbs, which lingered above our heads. Behind us, streetlamps slowly came to life, all in a row. One by one. The sky darkened in a vast array of purples and pinks, which made everything look like an oil painting that was still drying. The day was over and the city was growing into a miraculous garden of light. It was the end of a very long and bitter winter.

Besides myself up on that hill, there stood Calvin and our mutual acquaintance, Kevin Baxter. His father owned a successful string of restaurants and transformed his wealth into a cushion, which Kevin, could easily land on. He was very charismatic and intelligent. He showed great talent in art throughout high school, but never used it afterwards. Everyone liked him. I thought he was ok. 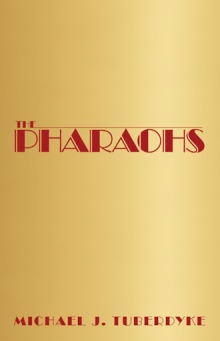 The River May Run tells the story of a forgotten generation torn under the sun. A debaucherous twenty-first century tale of the very rich and the very poor--at heart.

While the pages turn the seasons change. The night’s grow long and the feelings along with the questions the character’s hold meet in a tragic conclusion.

MICHAEL J. TUBERDYKE is the author of novel, The Pharaohs. He currently lives