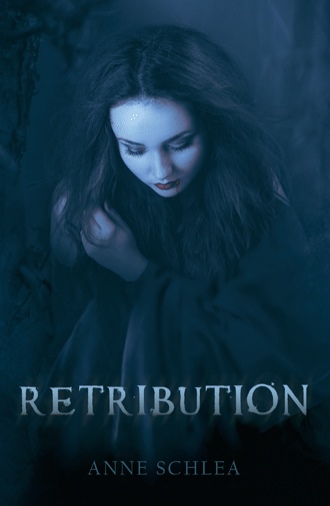 Antonia wakes to a familiar feeling. Hunger. Needles, small and persistent, tearing her apart from the inside. The strain being put on her organs pushed the pain down her arms and legs as the virus threaten to begin feeding her own cells.

The agony of starvation is something Antonia hasn’t experienced in many years.

The fog begins to lift from her senses and the blood in her veins sings, it’s individual voice murmuring above the throbbing pain in her head. She struggles to decipher its origins. It’s familiar, someone she fed from before.

Sound begins to filter through the haze of agony and she shifts on the bed. Shock, strong enough to push away the final remnants of exhaustion, ripples through her when she recognizes Stephanie’s voice.

She opens her eyes and immediately wishes she didn’t when the glaring sun assaults her eyes. The bright light in the room isn’t what she expected. It was night when she met Richard; how much time has she been unconscious? Bracing herself, she tries again and squints this time when the light hits her sensitive eyes.

The room is bathed in beautiful shades of yellow and gold. It isn’t familiar, but the bed is soft and warm. She can see someone has unmistakably taken great care to find her a comfortable, safe place to heal. An expensive, satin nightgown covers her and she can tell her hair has been washed of the blood and mud left by Richard’s attack. The smell of roses drift toward her from the stand beside the bed.

The dream comes back to her – drifting on the endless dark ocean and the strong arms holding her back from the depths of the water. That is when she realizes who’d pulled her up from the darkness and fed her of his own blood. A foul curse bubbles up from her throat, but she clamps her jaw down. He’ll be coming for her again soon enough, now that her blood is mixed with his he will know the minute she starts to move.

The voices again drew her attention. With as little motion as possible, Antonia lets her eyes slide open more and glances toward them. Arthur and Stephanie are in two armchairs on the far side of the room talking in low voices. A chessboard sits between them.

“Check mate!” Stephanie exclaims in delight. Her smile sparkles and her eyes flashed of mischief. She crosses her arms over her chest and sits back from the board, a blatant dare for Arthur to challenge her victory. A shiver of anxiety ripples through Antonia – they’re too comfortable together.

“You distracted me four moves ago and moved your Queen when I wasn’t looking.” Arthur replies defiantly, his arms crossing over his chest in a mirror image of the pose Stephanie has taken. “I should have won.”

“This is two games in a row.” His opponent tosses her long brown hair back over her shoulder. “I think you’re just upset you were beaten by a mere human.”

“Admit she’s better than you, Arthur.” Antonia speaks softly, but it’s still a decision to let them know she’s risen from the proverbial dead. She’s startled by how weak her own voice sounds and when she struggles to sit up on the pillows a wave of nausea washes over her. Her stomach lurches and threatens to dry heave even though it’s empty of food. With gritted teeth, she forces the sensation away and pulls herself upward into a sitting position.

Both players jump up, their game and their argument immediately forgotten. Stephanie hovers back near their now vacant seats, but Arthur rushes to Antonia’s bedside.

“How do you feel?” Arthur asks as he touches her forehead. His hands roam down her arms and across her throat.

Antonia exhibits the utmost of patience and allows him to check her over. It seems she owes it to him after the last few days. But before long she’s had enough and bats his hands away to push at the blankets that she’s buried in. “I’m starving and burning up. Where are we?”

Arthur hands her an insulated sports bottle that had been sitting on the table next to the bed. “Drink this. It isn’t blood, but it’s as good. You’ll have to ask Anna to explain to you exactly what it is, I don’t understand chemistry or biology well enough to even repeat what she told me this morning. We’re in Zartan’s mansion.”

Antonia nods and pushes down another curse. Trust the bastard who had abandoned her to show up just in time to screw her life up again. She’ll deal with him later because if he thinks saving her life would make her forget what he’d done, he’s dead wrong. Despite the dream that still left her warm and breathless, Zartan made a mess of her life and there isn’t anything he can do to fix it. And she’ll see him in hell before she forgives him.

Her neck is still throbbing in time with her beating heart, but with blind determination she reaches up and removes the bandages anyway. Blood rape is a terrible crime in their world. It’s something she’s only heard spoken of in low voices, down dark hallways, and behind closed doors. It’s an act of savage, barbaric, aggression and had long been outlawed and made punishable by death. Usually the head of a clan immediately deals with such behavior swiftly and without compassion. Unfortunately for her, she is Toiseach of her clan and will have to deal with the consequences herself. There will be no knight in shining armor for her.

One finger runs gingerly over the wound to find the already healing skin is itchy to her probing fingers. The tear is deep into her flesh. A mortal would not have survived her throat being ripped open as hers was. The hunger in her body and the bloodlust creeping up on her has already hinted at the truth.

“My experiment has been compromised.” 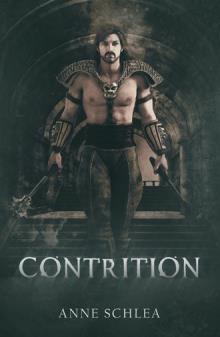 Antonia Paige has been ripped out of vampire retirement, and she’s not happy about it.

Everyone in her life agrees Antonia was given control of her family’s clan when she was far too young. And after a couple of centuries of doing a mediocre job, Antonia has managed to vanish from her family and vampire society. She lands at a small North Georgia college with a plan: through scientific experiment, she will attempt to remove the vampire virus from her system. If she is successful, she can be human again.

Unfortunately, it’s much harder for the head of a clan to disappear than Antonia realizes. Her brother Richard wants the crown for himself, but to take it, he must take out his sister. He tracks her down, but luckily for Antonia, a lover she jilted long ago is hovering nearby, waiting for an opportunity to rescue her. Antonia has learned a lot during her years living as a human, however, and she doesn’t want to be rescued—she wants to prove herself.

Anne Schlea is an avid reader with a deep love of paranormal fiction, history, and mythology, and a personal collection of more than three thousand titles. Her writing buddy is a Siamese cat mix named for the Toto song “Rosanna.” She lives in the northern suburbs of Atlanta, Georgia, a short drive from the Appalachian Mountains.