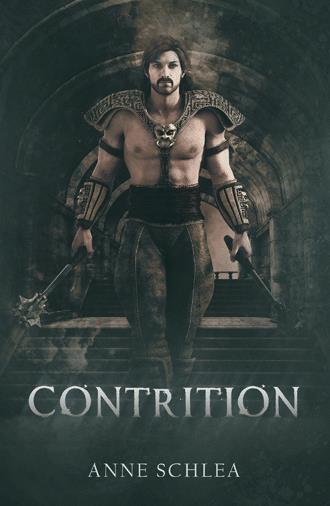 Antonia studies him closely, making Stephanie wonder what Antonia’s thinking, curious about the strange expression on her face. “Very well, I want you to investigate this lead, but I don’t want you working alone anymore. I know you’re on some kind of self-destruct mission and I can’t afford that right now. Ivan isn’t up to speed; I need you to run my army, something you can’t do if you’re dead. You’ll take Stephanie with you from now on.”

“What?!?!?” Arthur’s outrage is evident. His eyes flash and he shakes his head vehemently. “Absolutely not.”

“No!” Stephanie protests, too, her voice overlapping his. Her head rebels immediately, showing her in excruciating detail all the things that happened the last time they worked together. Falling into that kind of trap again would be more than her poor, human heart could take. Tailing him with Runa is one thing, riding around in the same car with him, that’s out of the question. “I don’t think this is a good idea.”

“You two have some issues you need to work out, I completely understand that.” Antonia holds up her hands to stop both their arguments. “The bottom line is this: Arthur, you’re smart and quick. Stephanie has talents you’ll need in an undercover job and she’s the only maji I have on payroll. It’s either her, or one of Zartan’s, your choice. And while we’re on the subject, Stephanie is here to stay, Arthur, she’s not that human anymore, she’s one of us now.”

“She is not one of us.” His voice gets louder, stronger. He doesn’t want to concede this win.

“Yes, she is.” Antonia’s voice is firm and strong. Clearly, Antonia isn’t going to let this one go, either. Unfortunately, in the battle of wills, Antonia outranks Arthur any day. “You will work with her on this. Am I making myself clear?”

Arthur opens his mouth, sees what Stephanie has already realized, and shuts it again. With a slight nod of his head, he reigns in his composure. “Very well.”

“I’m glad we see eye to eye.” Antonia glares at them both like a parent scolding unruly children. “Use this time to come up with a plan. And work together.”

Antonia turns and exits the room, leaving them alone.

Stephanie looks at Arthur and the strange flutter in her stomach returns. It doesn’t help that when he’s angry, Arthur’s eyes flash a brilliant shade of blue. She should know, she’s seen a lot of that blue in the last few months. “Well?”

“Go to bed, I’ll come by for you tomorrow evening. You’ll need to adjust to my schedule: we work at night and sleep in the daytime.” He spins on his heel and leaves her alone in the room.

She watches him disappear down the hall, her fuzzy warm feelings quickly dissipating. “That’s not working together!” 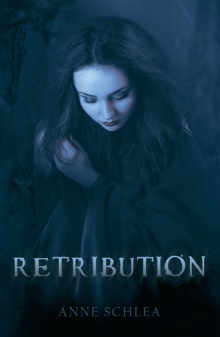 Arthur is a vampire who thinks his life is going smoothly. He knows his place in his clan, the immortal world is at peace, and he’s living comfortably—until an errant human crosses his path. Even as war threatens him from all sides, Arthur cannot stop thinking about the human who will never be a part of his world.

Stephanie is a human maji who has sacrificed everything to join the war of immortals. As a witch, she’s an invaluable tracker, especially when helped by her new best friend, Runa, a valkyrie known for dispensing sage advice. Stephanie believes that all witches go bad if turned into vampires—or so she has been told. Now if only she can stay away from Arthur who has made it perfectly clear he hates witches with unparalleled prejudice. But when orders come down that pair them together on the front line of war, now they must find a way to overcome their differences and work together for a common good.

In this exciting fantasy tale, a human witch and a handsome vampire are thrust together on an important mission that leaves them trapped between the horrors of war and the lure of love.

Anne Schlea is an avid reader whose personal collection holds over three thousand titles. When she isn’t penning fiction, she’s blogging at The Affordable Wine Snob. Anne, who is regular attendee of Dragon Con, resides in Forsyth County, Georgia, with her writing partner, Rosanna, a Siamese cat mix. Contrition is her second novel.