Book 1 of the Hawk Island Series 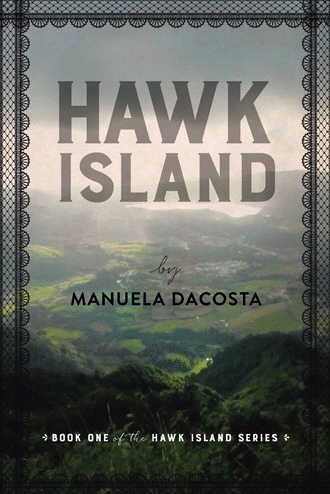 Hawk Island stood in the middle of the Atlantic, small, and defiant, like its people. No conqueror, no empire, no force of nature could bend this small place of black lava and green pastures. And the sea, vigilant and vindictive, tried.
Two Brooks, the most isolated village in Hawk Island, was perched on the highest elevation, surrounded by high cliffs, and flanked at each end by a brook, hence its name –Two Brooks. It was a village of tenacious people, hardened by isolation and punished by nature with crude winters and burning droughts. It was a forsaken place, by God and by men.
After Father Inácio died, the Bishop Dom Aurélio made many attempts to place a priest in Two Brooks; one who could withstand not only the village, but also, its people. Young priests succumbed to tuberculosis, melancholia, madness and suicide, and more mature priests died of heart attacks, of gout, thrombosis and indigestion.
While the Bishop desperately tried to find a moral leader for the village, he imposed it on the neighboring priests, who celebrated mass and officiated funerals and christenings on the run, as if at any moment something unforeseen would happen. 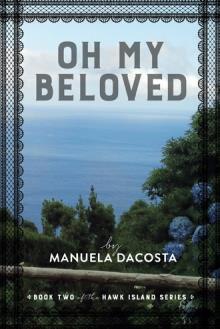 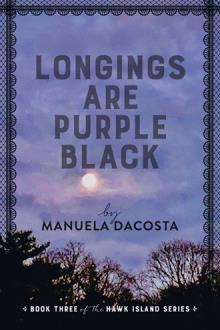 Hawk Island stands in the middle of the Atlantic, small and defiant, like its people. Two Brooks is the most isolated village in Hawk Island, surrounded by high cliffs and flanked at each end by a brook. It is a village of tenacious people, hardened by isolation and punished by nature with crude winters and burning droughts. It is also a place forsaken by God and men that boasts a long history of civil disobedience and defiance of social norms.

The village priest, Monsignor Inocente, is doing his best to keep his parishioners on a path of moral rectitude. Unfortunately, he is also fighting forces he cannot control. When three young men disappear, the villagers diligently search for a plausible explanation. While the villagers grapple with their seemingly justifiable fears, the monsignor asks for help from the mainland. But what no one knows is that his decision will set off a chain of events that will forever change life in Two Brooks.

In this spiritual tale, a priest living in an island town plagued by dark secrets and strange occurrences must attempt to keep the peace among terrified villagers after three men mysteriously disappear.

Manuela DaCosta was born in Terceira, Azores, and immigrated to the United States as a young adult. She is the author of the book, Os Sonhos de Dona Dores, which was published by the Department of Immigration and Culture in Azores. Manuela graduated from the University of Massachusetts and lives with her husband and cat in New England.