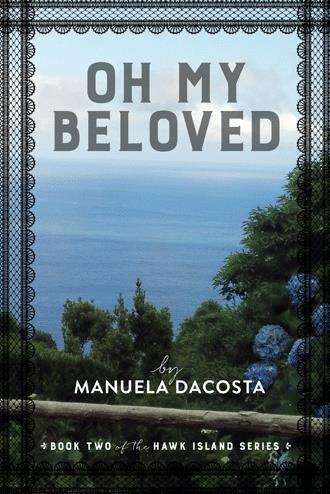 Long, long ago, when animals could talk and men could listen, Angela lived on a village of a remote island. One could live a lifetime in Hawk Island and never go to Two Brooks, the most far north and high-up village. So, if a stranger went there, it was for a very specific reason or the same old excuse.

Then one day a stranger with wild hair and a hooded smile knocked at Angela’s door and asked for the fastest route to the city. Angela knew she was looking at a liar.

Welcome back to Hawk Island and the village of Two Brooks.

After three men disappeared, Monsignor Inocente, is suspicious of the semblance of peace and quiet in his village, and with good reason. He knows his villagers, especially a group of strong-willed women called the Sacristy—defiant and mercurial, delivering their own brand of alternative justice against errant, abusive men. He tries to curb their vigilante means of attaining justice and the general willful behavior of his people, while at the same time protecting them from the implacable heavy hand of justice coming from the mainland.

When a police inspector from the mainland, with wild hair and a hooded smile, arrives in Two Brooks to investigate the disappearance of the three men, the residents wonder if he will bring them more sorrow or maybe even hope. As the inspector digs deeper into the lives of the villagers, he becomes one of them. Is it a ruse to learn their secrets or did he fall prey to their ways?

In the second book of the Hawk Island series, Angela, one of the Sacristy women, continues to challenge the violent subordination and unrepentant oppression of women in her village. One of her virtues is the depth of her love for people and causes; she does it completely and unabashedly, but this becomes her undoing when she faces the painful truth of loving more than one man.

Manuela DaCosta was born in Terceira, Azores, and immigrated to the United States as a young adult. She is the author of Os Sonhos de Dona Dores and Hawk Island. Manuela graduated from the University of Massachusetts and lives with her husband and cat in New England.