Life Lessons of an Immigrant 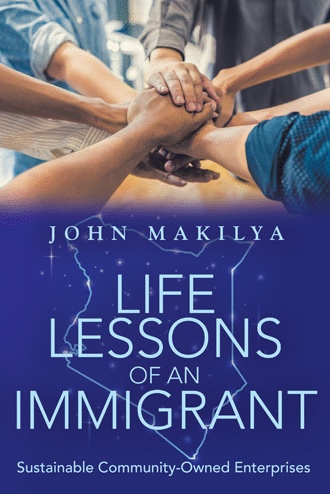 Kimana Community Wildlife Sanctuary (KCWS )was accepted after the community was assured that the government had no designs on their land and that they would own the project. The major motivation for the members to accept and support a wildlife sanctuary in their midst, however, was the desire to receive economic benefits. Each of the member families was promised an annual dividend paid from the entrance fees, lease fees from the three campsites and one game lodge in the sanctuary, and a certain percentage of tourist bed nights. Some money could also be retained for joint community development projects such as schools and dispensaries and a revolving loan scheme (Rutten, 2004).

So whilst the concept of local participation in community-based wildlife conservation and tourism development was both novel and strange the possibility of making money was enthusiastically welcomed. In fact, without the promise of money a community wildlife sanctuary would not have made sense to the people of Kimana whose main source of livelihood, livestock production heavily depended on the swamp. With the promise of money on the horizon the KCWS was born. This marked the first time that the Maasai were drawn into conservation-oriented tourism development.

Trusting that the community was going to benefit the project got underway. The funds for the project were provided by several international donors including USAID, World Bank and Kenyan government. In addition to these donors, a large number of other stakeholders including conservation-oriented NGOs, researchers and volunteers provided infrastructural, material and technical support. For instance, The European Union donated money for a 61km game-proof fence which was put up around the western edge of ANP in 1997. The Friends of Conservation (FoC) and The Amboseli Community Wildlife Project (ACWP) helped in planning, designing and organizing the construction of the required infrastructure including the gates, the purchase of uniforms and the acquisition of entrance-ticket books (Gicharu, 1999 cited in Rutten, 2004: 13).

In addition to employing a manager and paying salaries for the sanctuary’s staff, Kenya Wildlife Service also contributed a road network, a toilet block, staff housing and in training 17 community game rangers and 7 community wildlife scouts. With the basic infrastructure in place the final step was to attract tourists. Towards this end, the sanctuary negotiated a deal with a private tour operator to build a luxury lodge in the sanctuary and channel tourists to the area.

In marketing the sanctuary had a tremendous advantage due to its close proximity to the ANP. The entry fee into the sanctuary was fixed at US$ 10 per person, which was considerably lower than the US$ 27 per person charged by ANP at that time. It was anticipated that lower entrance fees would attract visitors from ANP. When the sanctuary opened its doors for business in February 1996 it attracted an overwhelming amount of media coverage both locally and internationally as the first genuinely community owned and run wildlife sanctuary in East Africa. In recognition of its significance to the country’s conservation efforts, the Kenyan government and international organization’s hired a Royal Ballet to perform a specially choreographed production in the middle of the Sanctuary during the opening ceremony. For its pioneering and exemplary work in community-based wildlife conservation the sanctuary was granted the prestigious Silver Otter award by the British Guild of Travel Writers in 1996 (Southgate, 2006). This was the first time Kenya had ever received such an award.

The sanctuary’s success stories were told around the globe and the future looked even more promising especially for the people of Kimana. In fact, the sanctuary was locally perceived as one of the biggest and most significant developments in the history of Kimana, so much so that it formed a dividing line between the past and the present. Even today, 1996 is remembered as the landmark year for the Maasai community’s involvement in wildlife tourism. Shortly after its official opening, the sanctuary began attracting tourists and by the end of the first year it had hosted 800 visitors (KWS, 1997 cited in Rutten, 2004: 14).

However very shortly the sanctuary started showing budgetary deficits attributed to lack of transparency and accountability in the GR leadership. While the money collected from entrance fees by the Community Game Scouts was handed over to the GR treasurer nobody within the community knew how these funds were spent. This money which amounted to Kshs. 1 million in the first year was supposed to be put in a bank account and then distributed to members at the end of every year minus management costs. Over and above this the GR was to be paid a certain share of the bed nightly bed lodging rate received from tourists. This fee per visitor per a night was supposed to be invested in the construction of a school and clinic and to support other special community projects and the running of a small „soft loans scheme for members (Knegt, 1998 cited in Rutten, 2004: 15).

The GRC was censured for being not only secretive and dishonest but also running the Sanctuary as their personal property (Mburu, 2004). As one resident aptly put it, “the GRC members are doing business for themselves that is why they are building new houses and buying cars’ (Onetu, personal communication, 2005).

Whatever actual income was generated from the sanctuary it was difficult for the villagers to comprehend because of the high operating costs. The people of Kimana could see foreign tourists visit

and/or stay at the campsites and lodge in their sanctuary but no profits in terms of direct dividends were forthcoming as had been expected and promised. As one Kimana ranger lamented: “we are now really very tired of waiting for the economic benefits we were promised from the Sanctuary to come … we have grown impatient … if we are to realize any benefits we need change at the top” (Sakuda, Personal Communication, 2005).

The only local people who have so far claimed any profits from the sanctuary, are a few elites many of who were wealthy and politically powerful members of the community. Otherwise, a huge junk of the sanctuary’s tourism revenue was garnered by the foreign investors, tour operators, middlemen and the government. This confirms Crick’s assertion that tourism industry is notorious for the „uphill’ flow of benefits: profits normally flow to those who are already wealthy, and thus the overall effect of tourism is often to reinforce existing patterns of inequality (1994: 94).

In conclusion, ecotourism, if cautiously designed and managed, can provide a sustainable return, much of which can be retained within the local community and thus contribute to development. However, for local participation in wildlife-based ecotourism development in Kimana to succeed issues that relate to local ownership, equitable benefit sharing, good governance and political control over access and user rights of land resources need to be more carefully addressed. There is also urgent need to develop local capacity particularly in the fields of management and business skills. Training especially in leadership and micro-enterprises management skills will in the long run equip the Maasai with sufficient business expertise that will enable them not only to negotiate equitable and sustainable relationships with other actors and agencies in ecotourism development but also to undertake collective action in natural resource management. 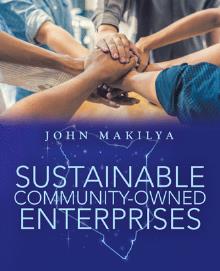 John Makilya reveals an in-depth look of Kenya, its people, and its traditions in this memoir about growing up there and starting a family before immigrating to the United States of America.

He traces his roots, including how his father became a pioneer educator and was selected to lead a Kenyan delegation on a pilgrimage to Rome during the 1950 Catholic Jubilee. Upon his return to Kenya, he acquired land for the establishment of a Catholic church and later ventured into parliamentary politics.

In doing so, he shares an intimate account of his work as a consultant making socioeconomic assessments of the World Bank–funded El Niño Emergency Project, his role in the enterprise development component of a USAID COBRA project, and his work as chairman of the board of governors of the Misyani Girls School—where he insisted girls were as talented in math and science as boys.

Join the author on an inspiring journey from Kenya to the United States in Life Lessons of an Immigrant.

John Makilya was born in Kenya on June 12, 1952, of highly talented parents. His courageous and outgoing father rejected the comfort of traditional lifestyles to venture into an unknown school life under very strict disciplinarians. He excelled in his education to become a pioneer in educating his Kamba community. John’s dad was such a charismatic leader that he was selected to lead a local team on a pilgrimage to Rome to meet the pope during the 1950 Catholic Jubilee. He brokered the establishment of a Catholic church in the neighborhood of the very antagonistic Protestant Africa Inland Mission. John’s father ventured into parliamentary politics in 1957, but he lost to a candidate aligned to the Protestant Church. He was appointed to the District Education Board by the president of the Native Council and spearheaded the expansion of education in his community irrespective of religious affiliation (Catholic or Protestant). His outstanding work in education of people of different faiths stands out as a beacon of light and success to be emulated as humanity seeks to resolve the major conflicts of the two major religions (Christianity and Islam) in the world.

Additionally, the author served as chairman of the board of governors of Misyani Girls School from 1989 to 2005. In this position, he launched a crusade that the world discard the myth that the girl-child is less endowed in mathematics and science than her counterpart boy-child. The girl-child should be empowered through quality education, lest society miss out on talent.

The author relocated with his family to the USA in 2005 in fulfillment of a belief formed during his childhood, namely that “John, Joseph will go far away.”