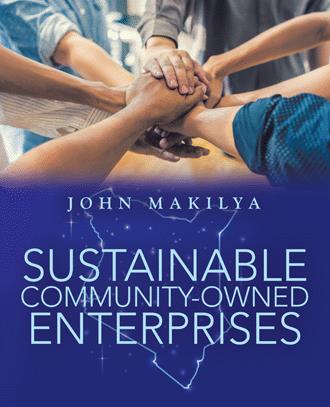 The Ngorika Water Project in Nyandarua District of Central Kenya is a model water project whose design, implementation and management for sustainability is worth emulating. Let us look at what makes this project to stand out as a model for other water supply programs.

The Ngorika Water Project is situated in Ngorika Sub location of Dundori Division of Nyandarua District. This area was part of the Colonial White Highlands and the land was owned by a British settler. After independence the Kenya Government bought this land and settled some landless people from part of the “colonial native reserves” in Central Province in the 1970s. Ngorika sub location therefore became Ngorika Settlement. A little background of these “new settlers” is necessary for us to appreciate their pressing need for a sustainable water supply to realize their dreams. What were the White Highlands?

The White Highlands were prime lands in Kenya which were allocated by the colonial government to white settlers mainly as a reward for serving in the British army during World War I. The land in question was equivalent to three million hectares of which over half was high potential arable land suitable for cash crop farming – coffee, tea and sugar plantations – dairy and large-scale livestock farming. There were over 3600 farms with land holding sizes ranging from 400 to over 800 hectares although in the large-scale livestock farming some of the land holdings were of more than 20,000 hectares.

The White Highlands constituted about 21,000 of Kenya’s 356,000 square-kilometer area or about six percent of Kenya’s land. This was substantial land holding by a small European population (3,600 farms and by implication families) since 68 per cent of Kenya’s land is remote and unsuited for farming. The White Highlands occupied six per cent of the remaining 32 % of arable land while the remaining 26 per cent of the land was shared by about six million Africans – “the native reserves”.

The reserves occupied about 84,000 square kilometers. Each of the reserves or collection of land units was reserved for the use of a particular ethnic group. This laid a firm framework for ethnicization of the Kenya society. The administration placed a firm social-political boundary between the reserves. By doing so, the administration succeeded preventing ‘social-political’ interactions between the reserves and therefore prevented inter-ethnic political relations. This had the effect of solidifying ethnic identities and was the cause of the “tribalism woes” which bedevil integration of Kenya as a one nation causing the bottlenecks in the development in modern Kenya.

The “new settlers” in Ngorika were hard working people wishing to undertake dairy and horticultural farming activities to raise their standards of living. The potential for commercial dairy and horticultural farming existed but a sustainable water supply for human consumption, irrigation and dairy cattle needs remained a major constraint to the Ngorika community realizing their dreams. Water sources in the area were from two springs and a river flowing through Ngorika. How did the “new settlers” get a self-sustaining water project implemented in Ngorika?

The Government of Kenya through the District Water Engineer surveyed the potential for increasing and distributing water resources in the area and designed a water project to address the water needs for the people of Ngorika and their livestock water needs. According to the engineering designs, there were three sources of water which, if harnessed, would satisfy the Ngorika community, their horticultural and livestock water needs. The Ngorika Water Project was therefore presented to the (DDC) District Development Committee for approval and funding. The DDC approved the project but was only able to get European Union funding to the level of Kshs. 1,500,000.00. However, this funding level was far below the needs of the water project. Other infrastructural and technical funding sources were needed to provide the community's water needs and those of their. however requires more than implementation of the infrastructure requirements. A sustainable water project requires a combination of appropriate engineering designs, physical implementation combined with a management system in the long run.

In conclusion, therefore, “sustainable community-based enterprises” are business activities undertaken as a means of achieving a community benefit now and in the future and it involves providing a non-decreasing average quality of life. 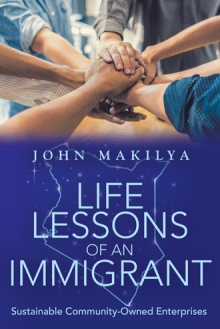 Sustainable community-owned enterprises are owned by members of the community with no individual owning more than five percent of the enterprise. All members have equal voting rights—and everyone benefits.

John Makilya, a native of Kenya who has implemented numerous sustainable community-owned enterprises, shares examples of successful initiatives in this book. He explains how they distributed benefits to members without depleting resources for future generations.

He also highlights models that have not helped everyday people, such as Kenya’s sugar industry, which relies on small-scale producers. Even with government subsidies, the country continues to import most of its sugar from neighboring countries that rely on plantation-style models.

Likewise, the beef cattle industry—as a result of mismanagement and other problems—has failed to live up to its promise.

Join the author as he explores how selected projects in water, savings and credit, coffee, horticulture, and other sectors qualify as sustainable community-owned enterprises—and how they help everyday people, the world, and future generations.

John Makilya, a native of Kenya, has spent the bulk of his career working with communities to establish and implement sustainable community-owned enterprises. He is also the author of Life Lessons of an Immigrant.