Book 1 of The Hidden Hearts Series 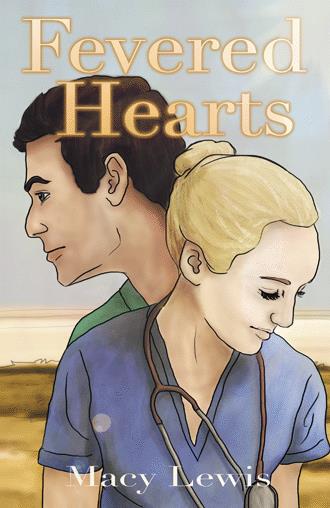 Three shapes straggled in on a dusty bicycle—two adults and a boy who looked to be about eleven-years-old. The woman straddled the bike directly behind the man, her head lolling against his shoulder. The ebony skin of the man’s hands were bleached a gray colour as if he had rubbed them in charcoal. The bluish circles beneath his eyes made me gasp.
Sara reached the group, her small frame supporting the woman as the man toppled onto the child’s back.
Watching both males spill onto the stone floor, my legs finally began to work.
Blood oozed from the man’s mouth where his teeth struck the floor. The boy’s hands cradled the man’s face to keep it off the tile. He blabbered something in a foreign tongue.
I pulled him from beneath the man and dunked his hands in a bucket of water. “English,” I said enunciating slowly. “Do you know English?”
“Father,” he said, his heavy accent hard for me to understand, “—dying. Mother too. Help.”
Sarah and Mandie had already dragged the man and woman to cots beneath the staircase. The man’s mouth was not bleeding anymore, but with the gray pallor of his skin, it could be because his heart had stopped. His wife, a washed out pallor and clutching her stomach, vomited on the floor before collapsing back on her cot.
The boy ran to kneel between the two, tears streaking his dirty face. “Please doctor, they all I have.”
My chest constricted stepping toward him. The scene before me blurred, changing from a hazy smear of three Africans in a Liberian Hospital. The man was no longer a black faced thin man of about 5’ 8”. The wife no longer resemble a dried raisin, her slackened cheeks scraped by the wooden cot.
I was in a mortuary, in London, England. The bodies were white, paler than ghosts and they looked like…
Me.

When Dr. Jamie Frothington embarks on a service trip to Liberia, he isn’t prepared for the horrors of death and pain. The terrible effects of the highly contagious Ebola virus send his mind into the past as he relives the heartless murder of his parents. Drowning the pieces of his shattered heart in gin, Jamie allows his demons to take over.

The undeserving target of his angst is his colleague, Nurse Sarah Ellison. Despite emotional turmoil, Jamie’s busted heart finds a way to fall in love with Sarah—and she with him. Their newfound relationship is severely challenged, though, when they are forced at knifepoint into the blistering heat of the African desert by terrorists.

Sarah, an eternal optimist, finds her positive attitude impossible to sustain, especially when the local terrorist’s ruthless son threatens both her life and virtue. Jamie’s weakened body and faltering heart may cost him everything, including the woman he loves. He is on a pain-filled tragic trajectory that will end in death if he cannot find hope in the depths of despair and hold on to the warmth of Sarah’s love.

Macy Lewis graduated from the University of Utah with a bachelor’s degree in history and a minor in writing and rhetoric studies. She works as a braille proofreader, a lifelong passion since she has been blind since birth. She is currently at work on a children’s book and the second novel in the Hidden Hearts series. She enjoys reading and playing drums.