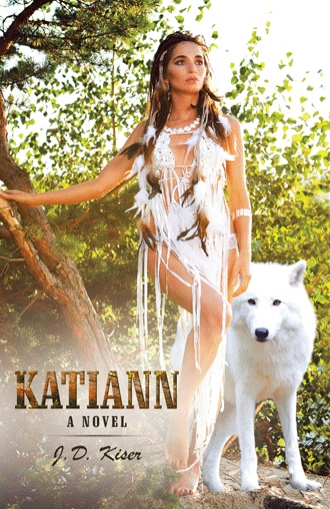 Mat sat back on a log, watching her silhouette through the curtain. He had never seen anyone shower before, and she was doing something to her legs that he did not understand.

Mat asked, “What do to legs?

“I am shav—” She stopped short and then shouted, “Can you see me? Why did you not say something?”

“No in flesh, yes. Why tell you? I enjoy watching. It nice show.”

“Show! You are so bad.” Anna was furious. She got out of the shower, dried off, put on her long flannel nightgown, wrapped a towel around her head, and stepped into some slippers. “You should have told me you could see me through the curtain. What is wrong with you? That was private.”

He did not respond to her statement except to ask. “What that you wear?”

“No! And it will stay that way. It seems you threw the fun things away back on the road. I like my privacy. Remember that next time. I do not appreciate you watching me as I showered.”

“The fun things to sleep in.”

Boy, he thinks he is something. He knows he looks good and is not afraid to show off. He must have all the girls wrapped around his little finger. Not me. I know that type: use you and then lose you. I will not fall for that again, Anna thought. She could not look at him after what he had done.

But Anna was very hungry and eventually gave in; she tried to eat some of the fish, gagging with every bite. This was amusing to him.

“You strange one,” he said.

She protested and told him that he was the strange one. They decided they would agree to disagree.

After the meal, he got up and carried a small folded blanket the size of a pillow to the riverbank. She watched as he fell to his knees on the blanket. He pulled a flute from the fold of the blanket and started playing a soft, calming tune. It was so moving that tears came to her eyes. Then he started chanting and reaching toward the sky. She realized he was praying in his native language. She was impressed. She had not thought he was that kind of man, but he was, and she was glad.

After he was finished, he went to his bedding and noticed she had prepared two beds. He looked at her and said, “You lie with me now.”

“In your dreams,” she said. “Who do you think you are? You do not own me. I am my own person, and I do not lie with anyone. You just stay over there, away from me. Do you understand?”

“You lie with women?”

“I lie with my mate only. I save myself for him. I do not lie with just anyone.”

“You no look at man. You no dress in front of man. Why your mate not come?”

“I have not found my mate yet. My eyes are only for my man and no other. You are not mine to look at, and I am not yours to look at. Why are we talking about this anyway? It is none of your business. I do not have to explain myself to you.”

“You are full of yourself, aren’t you? I bet all the girls just lie down before you whenever you call upon them. Not me. I am not that type of girl, so you can stop talking like that. I will not be lying with you tonight or any other night.”

“No! You will not. You can get that out of your dirty little mind now, you hear? You will stay over there or, as I told you, I will hurt you.”

“Yes, it will happen tonight.”

“You had better not touch me. Do you understand?”

“We will lie together tonight.”

She just shook her head and walked over to her own bedding. What does he think I am, a floozy, his play partner? Does he think I am that easy? There is no way on earth that I am going to lie with him.

He watched her as she fell asleep. He knew he would have some explaining to do in the morning, but it had to be done. The temperature was dropping fast; he knew she could not withstand the cold. She started to shake, and her teeth were chattering. He went to her. She was so cold she could not move. She looked at him but could not say a word. She was shivering so much that she did not care how he got her warm.

He looked into her eyes as he held her in a sitting position and said. “You need get warm or you die. You too cold. I need gown off. Skin on skin only way get warm.”

Anna knew this was truly the only way. What choice did she have? She would die, and she knew it. She managed to nod and whisper, “No touching. You promise?”

She could feel the warmth of his skin as his body pressed against hers. He was a strong man; she could feel it in his arms. She knew there was no way she would be able to fight him off if he tried anything, so she prayed to God to keep her safe tonight.

“We stay close, stay warm,” he said softly to her. “I no take advantage of you, ever. You can trust me.” 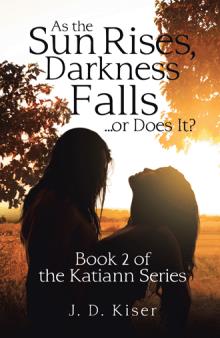 Anna May is a twenty-seven-year-old nurse who seemingly has everything she needs, thanks to the grandfather who cared for her ever since she lost her parents. Now that her grandfather has passed on, Anna is somehow managing alone while saving herself for her true love. Still, she feels something is missing in her life. But when she unexpectedly receives a posthumous letter from her grandfather that asks her to live for one year in a Native American village that offers ties to his past, everything changes.

Mat is the tribe’s leader who has forgotten the lure of a beautiful white woman. When he meets Anna and transports her to his village, he knows she is dangerous to him. Long ago, he promised his now deceased wife to never love another as he had her. But while his attraction to Anna grows, her power to destroy that promise emerges. As Anna attempts to trust him, Mat must decide whether to let Anna into his heart. His spirit is dying and only Anna can save him. But what will both be willing to risk in order to stay true to themselves?

Katiann shares the tale of a white woman’s journey to a Native American village where she learns the value of waiting for the right one to love her forever.

J. D. Kiser has two children and six grandchildren that live within walking distance. After spending her life caring for others, she is now focused on caring for herself. Kiser lives with her husband and dog on a farm in North Carolina. Katiann is her debut novel.