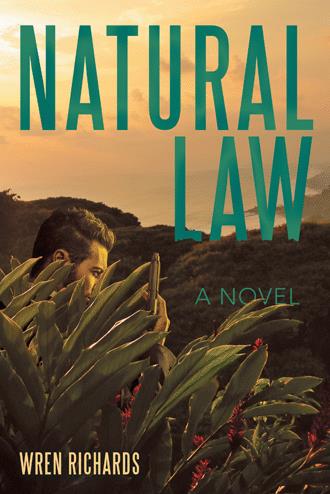 I parked on the east side of the hotel away from Angelo’s suite. I grabbed my purse that held the stashed money, ran through the lobby into my bedroom, and changed my white skirt and blouse for flexible black pants and T-shirt and black shoes suitable for hiding. I rummaged through my office desk drawer to find the large master set of hotel keys. I put them into my pants pocket and noiselessly opened the back lobby door leading to the pool.

I ran through the darkest part of our gardens masked by shadows from the tall banana and enormous hardwood trees to the back of the property, which had a walk-through padlocked gate in the electric fence leading to the tropical jungle. I found the correct key and unlocked the Yale lock on the third try. I knew both of these “never to be used” gates had electric wires planted at the bottom of the fence line to prevent intruders from attempting to cut off the padlocks and enter through the normal-looking open entrance. I pushed open the gate, backed up and took a running leap to jump the wired area. God, give me the strength and agility of a Wyoming antelope.

I felt my body fly through the open gate and land safely. The dogs, Tico and Rex, came bounding to the fence line. Tico started barking loudly, and Rex went into stalking position. I whispered as loudly as I dared risk the volume of my voice.

The dogs knew me, and Tico reduced his bark. I crouched in the thicket of tropical plants and watched Manuel as he came from their apartment suite and looked around for the dogs, who were confused. They didn’t know if I was an intruding bandit or their friend. They behaved as if they didn’t know what to do. I saw Manuel and another man come from their suite carrying large handheld searchlights. I remained still. I knew if JoSam was inside, these two men had to do their jobs. The dogs quieted and obeyed Manuel’s call.

“Benga, Tico; benga, benga, Tico. Benga, Rex,” Manuel and the other man called in their tenor duet voices as the dogs ran from my hiding place.

I remained hidden in the shadows while their searchlights made white pathways across the gardens in wide sweeps like lights from an airport signaling aircraft. It was heart-wrenching to remain hidden from Manuel, but I couldn’t compromise his position with JoSam as I had done with Angelo. I have had months to know this terror, but I couldn’t let it consume me now. I couldn’t trust anyone. I stayed motionless as I thought about the large snakes that frequented the trees where I crouched away from the searching lights. I took the risk of snakes over JoSam’s threat of prison. The searchlights continued to probe and poke the darkness until they turned off, and both men went back inside. Neither Manuel nor the other man seemed diligent in their search. I pushed my way through the tropical thicket westward, not knowing exactly where the road to the barrio began.

I felt tall plants brush my face and arms as I forced myself through the vines, roots, and barbs of bougainvillea. I guessed I swathed at least a city block in the thicket away from my hotel toward the anticipated road.

I knew I found the road when I was blocked by the five strands of a barbed-wire fence. I was small and had practice as a child climbing through these fences. I successfully climbed between the second and third strands of wire as one leg reached the ground on the opposite side of the fence. I kept my head and butt low. I protruded my upper body through the wire first while balancing on the grounded leg. I carefully pulled my other leg through the wire. I snagged my pants and punctured my arms with barbs, but this was small payment for freedom. I was out of the thicket, and all that remained was a seven-mile walk in the barrio to Casa Silencea Hotel.

I was in a part of the city known for the worst violent crimes, but I had no other choice. I remembered that Carmen and Mark cautioned me to stay out of this area known as the Inferno. The only safe hotel was on the other side of this crime-riddled area. The night was dark, moonless, and after midnight. I walked in the center of the empty streets. I reasoned that if someone approached me from either side, walking in the middle of the road gave me an edge to outrun the perpetrator. There was occasionally a single street light lighting the intersections of the acne pockmarked, winding ribbons of streets I navigated. I was a fast walker, but now this neighborhood prompted me to run. I wasn’t a runner, but I ran.

A slow-moving car without lights approached from the back. I moved to the far right side of the street, jumped a deep ditch that prevented the car’s pursuit, and hoped it would pass without incident. The car didn’t pass but slowed, and the lone driver rolled down the window. 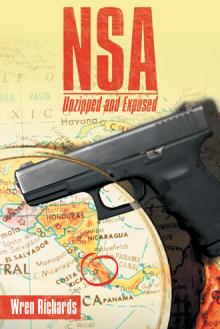 Sun Wren Richards, divorced mother of two adult children, is seeking adventure. Knowing her life lacks goals and her restless soul needs new challenges, Sun travels from Texas to Costa Rica to live for six weeks in a friend’s rental house. But little does she know what awaits her in the tiny tropical country known for its mountains, beaches and jungle.

After she is greeted at the airport by Pablo Meza and his daughter, Mercedes, Sun settles into the mountain home located above the town of Heredia and begins exploring the country with Mercedes. When Sun decides to settle in Costa Rica permanently, she buys a house with help from Mercedes who serves as her agent. But it is not long before Sun realizes that all is not how it seems. As a chain of unanticipated events unfolds and reveals corruption, crime, and scams, Sun’s quest for answers leads her on a dangerous journey from Costa Rica across the Nicaraguan border and back to Texas where she hopes the truth awaits.

In this suspense-filled tale, a middle-aged American woman seeking adventure finds excitement of a different kind after she decides to set down roots in Costa Rica.

Wren Richards is a political activist who ran for the Texas senate, served as a Democratic delegate for Wyoming, and ran political campaigns for a Wyoming representative, senator, and governor. In addition to her public service, Richards served as director of a community theatre in Wyoming and director of a performing arts school in Texas. She currently resides in Galveston, Texas.

The author was the State of Texas Chair for the NATURAL LAW party and ran for the Senate.