Promises of Wanting You 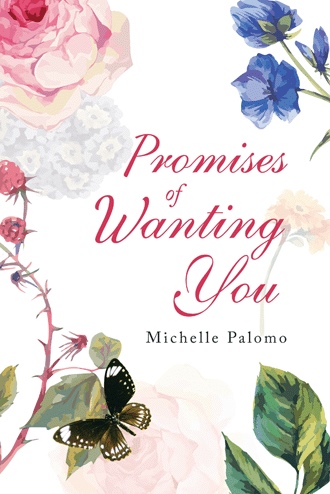 Debbie and Patrick are two different people from the same celebrity world. Debbie is an actress and Patrick is a rock singer and met at his concert. They have a relationship that is extraordinary because musicians and actor’s relationships never last and they made it possible. She is like "The Girl Next Door" and he is a wild rock singer who eventually changed for her. He fell in love with her the moment they met even though she didn't feel the same way about him because he is not her type. He would do anything possible to make her his girl and would write love songs about her. Not giving up on her she eventually fell in love with him as their relationship continued to grow and they got married and had a child. They became an inspiration to other celebrities as well as other people.

They eventually breakup and fate would have it as they reunite in a special place never knowing where one another would be at. In the meantime, Debbie is being stalked by someone she and Patrick least expected. At the same time Patrick is trying to make his band "CRIMSON" the biggest band ever and learns how important family is through his father's death.

Debbie and Patrick's relationship will be familiar to many novel readers, an echo of an often unspoken but nevertheless strong longing to live a fantasy life or their present lives already familiar with readers. 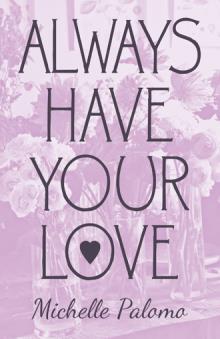 Always Have Your Love
Michelle Palomo
$15.99

Always Have Your Love
Michelle Palomo
$15.99

Debbie Sandrelli and Patrick Sonnerston are two different people from the same celebrity world. Debbie is an actress who meets Patrick, singer for his band, Crimson, at one of his concerts, when she and her brother manage to get backstage passes.

Patrick falls for Debbie immediately, in spite of her girl-next-door image, which is in direct conflict with his wild rock star persona. She resists; he’s not her type, she thinks, and she isn’t interested in anything more than friendship. Yet slowly, she finds herself more and more drawn to him. He writes her love songs, and eventually she discovers she loves him in return. As their relationship grows and evolves, they soon become an inspiration for those around them. But Debbie has an admirer from her past that will not take no for an answer—and only time will tell whether he’ll leave her alone to live her life as she chooses.

In this romance novel, an actress and a rock star fall in love and build a life together, facing struggles and earning their happiness along the way.

Michelle Palomo currently lives in Los Angeles, California where she was born and raised.  Before she started writing romance she worked as an administrative assistant.  But her favorite job is writing romance.