Always Have Your Love 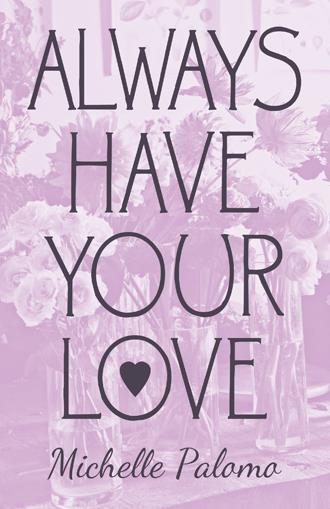 The moment JOE GARRETT saw REBECCA STEWART from across the street at his friend’s house while attending a barbeque he knew she was the one for him. He wanted to go up to her and speak with her but his friend (DYLAN) talked him out of it because she was not a nice person. They eventually meet for the first time at an unexpected place and fell for one another right away. After Joe met Rebecca he was thinking that his friend was wrong about her and that she was a nice person. He was thinking that she was just not interested in his friend that is why she was not nice to him and Joe lets his friend know that. When Rebecca and Joe went on their first date she is fascinated when Joe tells her that he is a United States Air Force Fighter Pilot and how much he loves being a fighter pilot. She thought it was dangerous but he assured her that the Air Force is much more advanced than they once were and not to worry. Then he proudly shows her photos of all the aircrafts he has flown.

Their relationship continues to grow and they would make the best of what time they have together before Joe leaves for active duty. Joe wants to propose to Rebecca and tells Dylan who tries to talk him out of it because they just met but Joe had his mind made up because he loves her. They get engaged and they tell their families about the engagement but their parents are not so happy about the engagement because Rebecca and Joe just met and their parents want them to wait. Rebecca’s father is happy about the engagement because he likes Joe. Rebecca and Joe are in love with one another and they want to be husband wants wife before he leaves for active duty, so their parents gave them their permission to marry. Joe’s mother understands what her son is going through because she and her husband went through the same thing.

Joe gets a phone call and learns that he has to leave for active duty sooner than planned. He does not know how to explain this to Rebecca because he knows she is going to be hurt and they are planning a wedding that is going to have to wait until he comes home. He tells Rebecca that he has to suddenly leave for active duty. Rebecca has such a hard time accepting his sudden leaving that she starts accusing him of using her.

They break up and she finds out that she is pregnant with their first child. Both heartbroken about the breakup Joe goes to her job and tries to get her back. They get back together and she tells him that they should get married before he leaves. He is so happy that she wants to get married before he gets deployed because he knew she always wanted a traditional wedding and didn’t want to take that from her. She insisted and they get married before he gets deployed. Joe leaves for active duty and was having second thoughts about leaving Rebecca so soon and if she will be there when he comes home and his first child. Rebecca is heartbroken again, but learns how to manage living without him with the help of both families and Dylan. Joe told Dylan to look after Rebecca while he is gone.

While Joe is on active duty Rebecca has continuous terrible dreams that Joe was in a horrible plane crash. One night as Rebecca slept she wakes up in the middle of the night frightened from the terrible dream because it seemed so real and frantically runs to Dylan’s house and tells him about the dream. Rebecca tells her sister (BELINDA) about the dream too, but they both would not believe her as they calmed her down. Rebecca spent Christmas Eve at her parent’s house and had another dream. Her mother (JEANETTE) saw for herself as she walked into the bedroom how frightened Rebecca looked the morning she woke up from the dream. Rebecca told her about the dream in which later her mother tries to explain the dreams to Rebecca because she had similar dreams, Rebecca was surprised to hear that.

Rebecca thought that she should tell Joe about the dreams the next time he calls, but then decided not to because she did not want to frighten him and she hasn’t heard from him. She changed her mind and decided to tell Joe about the dreams and tries to notify him through the person in charge (COMMANDER MITCHELL) about the dreams so Joe can protect himself. But Commander Mitchell did not believe her and told her that she was missing her husband. She was disappointed and had no choice but to wait for Joe’s call. In the meantime, Joe is on an intense mission, one like no other he has ever been on. 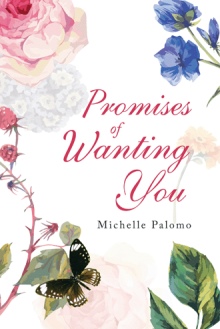 Promises of Wanting You
Michelle Palomo
$14.99

The moment Joe spots Rebecca from afar at his friend’s house, he wants to meet her. He can’t stop thinking about her. They eventually meet in an unexpected place, and they form an immediate attraction.

On their first date, Joe reveals he’s a US Air Force fighter pilot—and he’s proud of his work. Joe and Rebecca’s love grows, and they become engaged. But Rebecca can’t accept Joe’s upcoming deployment, and she suddenly starts making false accusations toward Joe. They break up—then Rebecca discovers she is pregnant with their child. They eventually get back together and marry before Joe is deployed.

When Joe leaves for active duty, Rebecca manages the household with help from her family and friends. But then, she starts having frightening dreams about Joe being involved in a terrible plane accident. She must convince others the threat is real.

Michelle Palomo currently lives in Los Angeles, California, where she was born and raised. Before she started writing romance, she worked as an administrative assistant. Palomo is also the author of Promises of Wanting You.