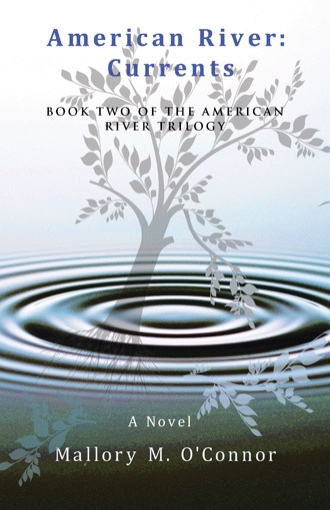 In this scene, Kate is visitng Mockingbird for a week-end visit to see her father, Owen, and enjoy the spring weather at the ranch.

As it had so often in the past, a mockingbird’s singing woke her. She lay still, listening, as it made its way through a heady repetoire of whistles, chirps and trills. When at last the bird fell silent, Kate sat up, hugging the covers around her, and squinted at the clock. Five-fifteen. It had always been her favorite time of day for a solitary ride before the ranch woke and began to stir with its daily activities.

She slipped out of bed and dressed in blue jeans and a sweater. Carrying her cowboy boots, she tiptoed into the hall, closed the bedroom door behind her and headed down the stairs. How many times had she done this same thing when she was growing up? As she reached the base of the stairs, memories washed gently over her.

The house was dark and cold, but the windows had turned deep blue as the sky lightened toward dawn. In the living room, she paused for a moment beside the grand piano and ran her fingers over the keys. Julian and Kate had both taken lessons, but Alex was clearly the most gifted. Kate smiled, thinking of her younger sister, wondering where such extraordinary talent would lead her.

As she entered the kitchen, Joe, the family’s German Shepherd, rose stiffly from his mat and greeted her with a whine and a smile, his tail thumping a drumbeat on the door. She rubbed his ears. “Hey Joey, want to go for a run?” The dog’s eyes, now milky with age, brightened at the invitation. “Come on, buddy, let’s go.” She followed the dog across the courtyard and down the path toward the barn.

Inside, the familiar scent of alfalfa and sweet feed filled the air. Grabbing a halter, she opened the door to Frosty’s stall. The Appaloosa mare whuffled a greeting and tossed her head. “Take it easy,” Kate told the mare. “We’re going for a little ride. Then it’s time for breakfast.”

She slipped the halter over the horse’s nose and led her outside. Vaulting easily onto Frosty’s bare back, she tapped the mare’s flanks with her heels. The horse broke into a trot that changed to a canter as they got to the sandy drive that led up the hill toward the bluff. Joey scrambled to keep up, his tail waving furiously.

Kate reined in the mare at the top of the bluff and sat looking down into the still-dark river valley. Above her, the sky had turned an ethereal blue. A crescent moon hung in the western sky, Venus dangling from its tip like a diamond earring.

Toward the east, Kate could just make out the peaks of the High Sierra silhouetted against the lightening sky. The air smelled of dust and dry oak leaves and something pungent — a nameless grass or herb. From the canyon came the steady roar of the river as it rushed westward toward the sea.

She slid off Frosty’s back and dropped the lead rope. The mare lowered her head at once and began to nibble at the green sprouts of grass. Joey came to stand next to Kate, looking into the canyon as though trying to see what she was staring at. She patted his head absently.

What am I doing, she thought. Where am I going? What if Carl and I move somewhere, and I never see Mockingbird again?

“This will be yours someday,” Owen had told her. But what good would that do? Carl wasn’t going to want to live out in the country miles from his work and his life. Different things nourish different people, she thought. Carl and Mom both thrive on the energy and toughness of the city, but I navigate by the landscape like the Australian aborigines who sing themselves from mountain to mountain.

Suddenly, from the darkness on the opposite side of the river, a wild, sweet song rose, a high-pitched chorus of yips and yelps. Coyotes, she thought, and listened intently. The singing rose and fell, moving eastward along the far shore of the river. The singers moved as one in hot pursuit of some unlucky rabbit or raccoon. The sheer wildness of the sound made her heart skip.

The coyote pack moved away upstream, and their singing muted to a murmur. A shooting star trailed across the sky and vanished into the darkness. Quick, Kate thought, make a wish. She gazed at the sky, and the stars stared back at her. Although she tried to think of one, no wish came to her. She couldn’t wish to stay when she knew someday she would have to go.

She thought about the graves of her ancestors that lay silent and dark at the foot of the bluff. And about her brother who had so recently joined them. And about Tommy, so cruelly banished from this Eden. How had everything been rent apart? 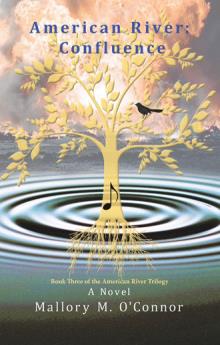 In the second book of the American River trilogy, a cavalcade of disasters—both personal and public—threatens to overwhelm the scattered members of the McPhalan, Ashida, and Morales clans during the tumultuous 1960s.

Kate—still mourning the death of her brother, Julian—finds herself torn between her love for Carl, now a celebrated conductor who is looking for career opportunities on the East Coast, and her devotion to the West and especially the family ranch at Mockingbird. Also, while attending a music festival in Venice, Italy, she meets Stefan Molnar, a renowned concert pianist, who has become her sister Alex’s mentor (and lover). As Kate and Stefan’s unintentional relationship grows, complications multiply.

Meanwhile, Tommy Ashida, now studying in Japan, falls in love with Emiko Namura, the beautiful, sheltered daughter of a Tokyo businessman. He hopes she holds the key to understanding his Japanese heritage, but will that knowledge lead to happiness or something darker?

Determined to make her mark in the male-dominated art world, Kate’s mother, Marian, decides to move to New York while Kate’s father, Owen, becomes involved in local politics. When he is elected to the California Assembly, he finds himself in direct opposition to Jorge Morales, Carl’s father.

Alliances fray, relationships dissolve, divisive secrets are revealed, and promises are broken as the members of three California families struggle to salvage their shattered dreams.

Set against the natural beauty of Northern California, O’Connor weaves a complex tapestry of interrelationships and betrayals that captures the mood and resonance of a decade that began in innocence and ended in despair.

American River: Currents, Book Two of the American River Trilogy, is filled with passionate and resolute characters who refuse to let go of their unique visions of success—even as life’s tumultuous currents threaten to sweep them all away.

Mallory M. O’Connor is a writer, an art historian, and a musician. She holds degrees in art, art history, and American history from Ohio University. For twenty years she taught art history at the University of Florida and at Santa Fe College. During this time, she also wrote hundreds of magazine articles and critical essays, and curated numerous exhibitions for museums and galleries. Born in Illinois and raised on a ranch on the American River in Northern California, Mallory now resides with her husband, artist John O’Connor, in Micanopy, Florida.