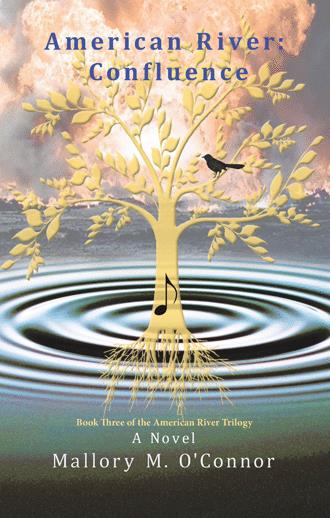 Kate had invited Tommy to meet her for lunch at the Fairmount just a couple of blocks away from Robert’s office on California Street. He was waiting for her at one of the tables in the dining room. He put the menu down and stood up when she approached, gave her a quick kiss on the cheek, held her chair for her. He was wearing a grey suede jacket, dark slacks, a white shirt, no tie. Business casual.

How’d the meeting go?” he asked after they had settled in and each ordered a glass of Pinot Gris.

“It was great,” she said, and told him about her conversation with Robert Ashford. She then launched into a description of the permitting problems. Tommy studied her, listening quietly, until she finished.

“Right. And I don’t know where to go from here.”

They ordered lunch — Dungeness crab cakes for him, a Salade Nicoise for her. He was quiet for several minutes, thinking, then looked up and said, “I have an idea that might solve the zoning problem.”

He smiled at her instant enthusiasm. “You might be able to do the music center without re-zoning the property, or even putting it in a trust.”

“If the festival was part of ranch operations. You could remain an agricultural enterprise, and still host a music festival.”

She cocked her head. “How would we do that?”

Tommy leaned forward. “Two years ago the Mondavi Winery started a summer concert series. They advertise it as an evening in the vineyard with wine, food and music.”

“Okay, but an evening in the pear orchard? Doesn’t have quite the same appeal.”

He laughed. “A vineyard, dummy. You’ve never developed it, but there are close to twenty acres of old vines at Mockingbird. Didn’t you tell me that your great-grandfather mentioned in a letter that he was experimenting with making wine like his Italian neighbors?”

“You’re right,” she said. “There was even an old wine cellar someplace.”

“Before Prohibition, the Mother Lode area had a lot of wineries,” Tommy said.

“You know,” Kate said, “This could be a fantastic marketing angle.”

She sat back and grinned at him. “All right, Ashida. I’ll get together with Chris Malacchi and see what’s possible.”

“And I’m going to do some more research about making wine in the Gold Country,” Tommy said.

In the hotel lobby, Tommy gave Kate a little hug and set out for his office. The afternoon was warm and the sun was bright. He took off his jacket and slung it over his shoulder.

It was only a few blocks to his office on Montgomery Street. The elevator whisked him up to the twelfth floor. He went straight to his private office and closed the door, pausing only to ask his receptionist to hold his calls.

The afternoon light slanted across the City, turning the buildings golden, deepening the contrast between blue water and dun-colored hills. The Golden Gate, burnished to a fiery crimson by the light, seemed magnified against the landscape.

He sat down next to the window and stared at the Christo drawing of “Valley Curtain.” What an ambitious project — stretching a “curtain” of cloth across Rifle Gap in the Rocky Mountains. He loved the brashness of Christo’s ideas, the sense of adventure. The very outrageousness of the concept gave him a heady sense of freedom.

Since leaving Mockingbird six months before to return to San Francisco, he’d examined his priorities. He liked his work, his associates were loyal and talented, his clients were, for the most part, gracious and easy to work with. But he was not happy. His work was his life, but that wasn’t enough to sustain him.

After work each day, he went home to his beautiful empty house filled with sad memories. The occasional visits to his family in Stockton, the outings with his cousin Ben, the now-and-then dinners at his associates homes were no substitute for what he needed — to love, to be loved, to find a true home, not an empty castle haunted by ghosts. But how? He covered his eyes with his hands and pressed them against his temples. How?

He knew what thawed his heart, what made him happy, what and who. But it seemed unfair to burden Kate with his still-fragile physical and mental state. He worried that she might begin to think of him as a problem instead of a partner.

And she had rejected him before. He could well remember the anguish of reading those words that she had written to him almost ten years ago: “So many things have happened in the last four months. Please tell me you understand.” He understood all right. He’d have to be crazy to set himself up for another rejection like that one. He’d never survive.

Opening his eyes, he looked once more at the Christo drawing — that huge rocky gap spanned by an ephemeral curtain, a crazy risk that might fail.

He knew at that instant that he had to try. He jumped to his feet, then sat back down. What should he do? He would call her. He got up and started toward his desk, but stopped, frozen with indecision. She must still be driving. She’d only left a half hour before.

Maybe he should write? What would he say? I love you, I want to be with you, I have to be with you, I can’t live without you? It would take a letter two days to reach her, and another two for her response to arrive. If she responded.

No, he decided, there was only one thing to do. He had to go to Mockingbird and talk to her. Now! 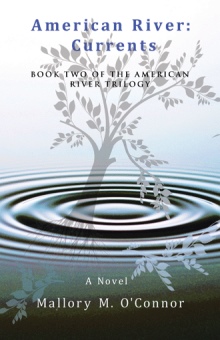 The descendants of three immigrant families must put aside a decade full of grievances to try to save the legacy of their ancestral home.

“Filled with descriptions of the beauty and grace of some of the United States’ greatest cities and areas, [this] is a true American story. As it delves into the realities of the various divides Americans coped with in the sixties, readers will be rooting for O’Connor’s . . . characters’ [whose] voices, personalities, and lifestyles are so unique, memorable, and engaging that it is nearly impossible to forget them.”

—From a review of American River:

Tributaries by The Book Review Directory

Book three of the American River Trilogy begins with the three families—the McPhalans, the Morales, and the Ashidas—in turmoil. Following Owen McPhalan’s death, his daughter Kate has inherited Mockingbird Valley Ranch only to discover that the once profitable family business is no longer sustainable. Desperate to find a way to save Mockingbird, she struggles to formulate a plan. But she hasn’t counted on the wrath of Dan Papadakis, Owen’s former campaign manager, who is working behind the scenes to undermine her efforts.

American River: Confluence is the culmination of a compelling historical drama about the lives, loves, triumphs and sacrifices of the descendants of three immigrant families who settled along California’s American River, and who are called upon to put aside a decade full of grievances and betrayals to try to save the history and legacy of their ancestral home.

Mallory M. O’Connor is a writer, an art historian, and a musician. She holds degrees in art, art history, and American history from Ohio University. For twenty years she taught art history at the University of Florida and at Santa Fe College.

In addition to the American River Trilogy, she is the author of two non-fiction books, Lost Cities of the Ancient Southeast and Florida’s American Heritage River, both published by the University Press of Florida.

Born in Illinois and raised on a ranch on the American River in Northern California, Mallory now resides with her husband, artist John O’Connor, in Micanopy, Florida.