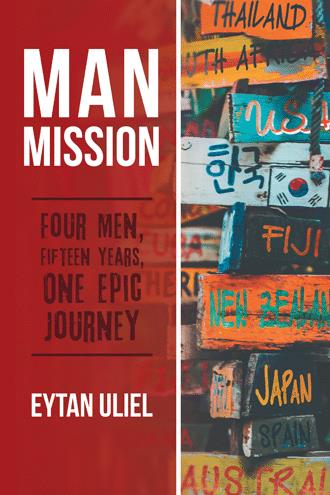 A group of village women are singing in the background. Theirs is a soft, mournful kind of tune. I am vaguely aware that behind where I am lying on my back, semi-comatose, several of the women are also dancing.

In the clear, unpolluted horizon, the light from a canopy of stars forms a glittering patchwork. They feel closer than normal. I reach up and try to pluck a star out of the sky. Nothing happens. I try grabbing at it again, and again, and again.

Now the moon and stars are falling down from the sky, plummeting toward me, and I furiously try to swat them away. My arms are flailing about wildly, like I am conducting an orchestra.

The village chief and his buddies laugh. They think what I am doing is funny. They think I’m a really funny guy.

I found the taste of the kava bitter and grainy, like slurping sandy water. Although by the third round my lips and tongue were tingling, the rest of my mouth was numb, and I was in a remarkably mellow, relaxed mood. This was surprising, because I had been told kava—the national drink and full-time obsession of Fiji—was non-alcoholic.

Still, everyone else seated around the fire seemed to be in a similar, zoned-out frame of mind, so who was I to argue. After all, the post-kava period of relaxation—talanoa in Fijian—was supposedly the whole point of the ceremony, and as guests we were expected to stick around, drink more kava, laugh, eat, dance, and shoot the breeze.

But as time wore on I was finding it harder and harder to participate fully, much as I wanted to. My mouth began refusing to work. An hour in and I couldn’t form complete sentences, increasingly slurring my words and mumbling incoherently.

For their part, the chief of the village and his cronies found my amateur response to the kava incredibly amusing. Either that or even these seasoned veterans had got a bad case of the giggles, thanks to the multiple rounds they’d drunk.

I closed my eyes for a long moment, and when I opened them again, orange and purple bands of light were streaked across the sky, and the last of the campfire embers glowed, a dull and smoky red.

The sun shone brightly. My friends and I sat on a pier, waiting for the ferry, to begin our long journey home. Another year’s Man Mission was complete.

I puzzled over a crossword while Sam, Daniel, and Alec played cards. It would be at least another hour before the ferry arrived. The sun beat down, and sweat dripped from my forehead. Our final afternoon in Fiji was a scorcher.

Without warning, Sam stood up, took off his shirt, and jumped off the pier into the water, a drop of about twenty feet. He whooped as he fell and sank like a stone into the inky depths. A few seconds later he bobbed up to the surface and climbed a rusty ladder back onto the pier.

“So good—the water is super refreshing. You guys should come in!” he shouted, then leaped off the pier again.

In a matter of seconds we had all stripped down to our swimwear and joined. In copycat style we took turns jumping into the sea, one after the other, all the while hollering like a bunch of kids.

About thirty minutes after we began, Daniel was clambering up the ladder on the side of the pier, having just performed an especially acrobatic jump into the water. Alec was next in line, standing on the edge of the pier, bracing himself for his leap.

In that moment, the surface of the water broke, and a decent-sized shark rose up from out of the sea. It opened its mouth wide enough that we could see its glistening teeth. Then it snapped its jaws and dropped back into the water, creating a large splash.

“Oh my fucking god!” I yelled.

Or maybe Daniel did.

Or maybe we all did, all at the same time.

My legs quivered. I stood frozen, staring in disbelief at the spot from which a shark had just come and gone. We’d been playing right there, for the last half-hour. Totally oblivious to the fact that a monster of the deep had been hanging out with us, as if he was one of the guys.

Alec, who’d been just about to jump, stepped back from the edge of the pier. He didn’t make a sound, and his face drained of blood. I don’t think I had ever seen my macho friend look so scared.

There was a long silence.

“Well, I guess that’s it then,” Daniel called out in his characteristic matter-of-fact manner. He clapped his hands together, like a coach might do to signal the end of a football game.

And with that clap, real life dropped back over me like a heavy, suffocating cloak.

I was married with three little kids. I had a job to return to and people who depended on me. What the fuck was I doing in a faraway place, stoned on kava and tempting fate in the wild, open seas? How exactly would getting eaten by a shark fit into my life plan?

The snap of that shark’s jaws signaled an altogether abrupt end to Man Mission VI. It was as if an invisible film director had unexpectedly called “cut” on our scene, and the only thing left for us to do was to pack up our shit and leave.

We rode the ferry back to the main island in a stunned, contemplative silence. 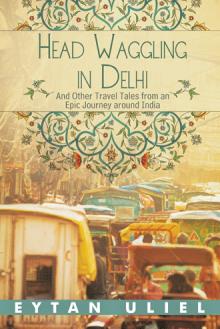 While in college, a group of four young men establish a tradition: every year, they take a week-long adventure trip together. They go hiking, biking, or kayaking, traveling all around the world. They call it their Man Mission, an annual ritual that they keep for fifteen years.

In the course of their travels, they hitch a ride with drug dealers in New Zealand, down kava shots on Fijian beaches, come face-to-face with a roaring lion in South Africa, luxuriate in a resort intended only for Vietnamese Communist officials, trek to Machu Picchu, and go ice climbing in Iceland. Over the years, they get married, start families, establish careers, and do all the stuff upright men are supposed to do. But when the challenges of real life come into conflict with the perfect lives they are supposed to be living, the yearly Man Mission becomes more than an annual getaway. It’s a source of stability and a place to find redemption.

Part travel narrative and part roman à clef, this novel follows four regular guys as they find adventure together, and seek meaning and purpose, in a world where the traditional rules of “being a man” are no longer clear.

“5 out of 5 stars”—Foreword Clarion Reviews

Eytan Uliel is a global traveler and seriously committed gourmand. After graduating from the University of New South Wales in Sydney, Australia, he practiced corporate law for several years, before moving on to a career in investment banking, private equity, and oil and gas finance. He chronicles his travels on his blog, The Road Warrior. Born in Jerusalem, he currently divides his time among Los Angeles, Nassau, and Sydney.