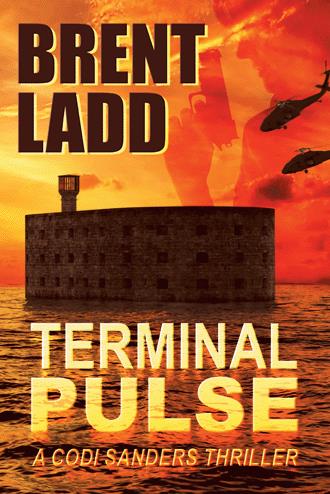 Codi sat with a definitive plop. She placed her hands behind her head and interlocked her fingers. Her shoulder-length brown hair swayed behind her. The frayed government issued black chair squeaked from lack of use but managed to allow a slight recline. She looked from her half-empty coffee cup over to the stack of boxes labeled with her name. Lieutenant Colette Sanders was printed in a very generic font on the worn cardboard boxes that had been delivered and stacked in no particular order. Codi flicked away a crop of stray hairs that had fallen in her face and paused a moment to take in her new surroundings.

The ten-by-twelve beige office with no windows and one door had the distinct smell of bleach and old carpet. That’s when it hit her how far from her life’s goals she had fallen. The normally unbending will that helped define and push her surrendered to emotion. It started to overwhelm her. First a burning in her chest and then excess water in the eyes. But this was not the time or place. She exhaled hard several times and let the sensation dwindle. Get ahold of yourself.

It was day one of her new job. Codi flicked the moisture from her eyes with her middle finger and gathered herself. She reached for the now cold cup of coffee and twisted at the bitter taste. It seemed every federal agency had bad coffee. But it was just what she needed to help regain some control. A knock on the door yanked her back to the present. With the back of her hand she dabbed at the rest of her tears and called, “Enter.”

Marcus Beckman, a polished cover your ass, political maneuverer, cleared his throat. His star was trending at the agency and he knew it, “Hey, hi,” he said. “Welcome to the GSA. So you’re the new girl.” He elongated out the last part of his sentence.

Codi couldn’t see him over her boxes, so she quickly put on a so-happy-to-meet-you smile and stood to shake Marcus’s hand. A quick furtive glance told her everything she needed to know about the six foot, olive skinned, overconfident man in front of her. Narcissist. Great I’ve had my fill of those.

She caught herself mid-sentence. An awkward moment passed between them.

“We don’t use that sort of formality here,” Marcus said. “Colette, is it?”

“Everybody calls me Codi.”

Marcus sized her up and liked what he saw. The new agent was about five-eight, brunette and stunning. She had an athletic figure and a perfectly proportioned rack that captured his undisciplined eyes. He quickly forced his eyes back up to her face and was met with intense brown eyes with flecks of gold. “I’m Agent Beckman, Marcus. Nice to meet you, Codi. I see they gave you Butler’s old office.”

“Some loser who couldn’t hack it.” Marcus spoke as though he had personally fired Butler. “After you get your stuff settled, come by and I’ll give you the ‘tour.’ Last office on the left.”

“Sounds great,” she said. If only she meant it. His words sounded fine, but the creep alarms going off in her head could not be ignored. And the way he said tour left no doubt as to his intentions.

Thankfully, after Codi flashed him her fake smile, he left.

Codi followed him to the door and turned the lock as he closed it behind him. She mechanically let her fit muscles lower her slowly to the floor, knees bent, back pressed firmly against the door. She absently rubbed her left ankle as an emotional wave engulfed her. Hopelessness and despair swelled, threatening to take on physical proportions. A dark place called to her and Codi fought to stay the hell away. It was a battle she had lost and won over the last six months.

Back then, things were a bit different for Codi.

“Down, down! Cover fire!” someone shouted.

Codi dropped flat and rolled right into a small depression in the mud just as a three-round burst stitched the ground where she had just been. The twenty-six-week SEAL qualification training program was almost over. She had excelled where others had failed. Being the only female in her group didn’t help, since the entire program was clearly modeled after a boys’ club.

Other females had paved the way and she was determined to carry on. The BUD/S (basic underwater demolition) School was relatively easy for her, as she was a natural in the water and always had been. But she had to overcome her fear of heights to complete the parachutist course. Once she was chosen for SEAL training, she felt like she could do anything, even if most of the other candidates wouldn’t give her the time of day.

This was competition personified and nothing punctuated that more than the bell of shame, a brass bell that hung on a post where morning musters took place. When you couldn’t take any more or go on, all you had to do was ring the bell. She had watched as several other soldiers had succumbed to the rigors of the training, each eventually just wanting to make it stop. With the pull of a string they were done.

Truth be told, night after night, in freezing cold conditions, without sleep, there wasn’t one applicant that hadn’t considered ringing the bell, but the walk of shame up to that bell left a permanent stain. For Codi, failure was never an option. No matter what, SEALS don’t fail and nothing could sway her in that direction.

She had something to prove to herself and to her father who had been taken when she was just thirteen. She used him as a spirit guide in her life and more than once had pushed herself beyond her limits to please the figment in her mind. The relationship had worked and in spite of a high-priced psychologist, she had held on to her imagined father and used him to gain inner strength. Together they had succeeded where others had failed.

Codi popped her head up just long enough to get off two three-round bursts down range on target and then dropped back down as return fire nicked the ground around her head. She gripped her colt M4A1 assault rifle with its 5.56mm NATO rounds. This was it—go time. “Cover me!” she screamed as she jumped up to storm the bunker they were trying to breach.

A klaxon sounded as a voice came over the loudspeakers. “Stand down; end of drill. I say again, end of drill. All cadets meet in the war room for debriefing.”

Codi sloughed off the excess mud that clung to her like a hungry parasite. Somehow she had survived another exercise where her team leader had given her the shit job. Two previous encounters had proven that most of these macho soldiers had no respect for her and did whatever they could get away with to pressure her into quitting. What they didn’t know was that that sort of harassment only made her dig her heels in deeper and fight even harder. After all, she’d made it through hell week and often beat them at their own game. 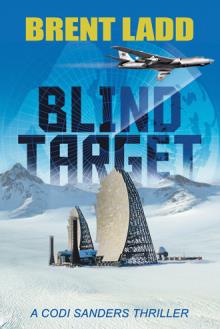 A long forgotten cold case suddenly heats up when a related new technology is stolen by a subversive group.

Collette "Codi" Sanders just started her "dream" job. A job she never dreamt of doing. After failing BUDs training, with a little help from the “guys,” Codi left the military entering a downward spiral of civilian life. Out of the ashes she managed to land a job working for the GSA (General Services Administration) ; as a paper pushing Federal Agent.

But when a seemingly dead-end tax case blows up, Codi finds herself kidnapped and fighting for her life. With the clock ticking down, she and her team have to free themselves from certain death, solve a case no one knows exists and navigate major international implications to stop a madman from unleashing an international disaster.

Sheer will and pure stubbornness combine for Codi, thrusting her through the impossible to a final clash where there is no prize for 2nd place - Only death.

Writer Director Brent Ladd has been a part of the Hollywood scene for almost three decades. His work has garnered awards and accolades all over the globe. Brent has been involved in the creation and completion of hundreds of commercials for clients large and small. He is an avid beach volleyball player and an adventurer at heart. He currently resides in Irvine, CA with his wife and children.
Brent found his way into novel writing when his son, Brady showed little interest in reading. He wrote his first book making him the main character – The Adventures of Brady Ladd. Enjoying that experience, Brent went on to concept and complete his first novel, Terminal Pulse, A Codi Sanders Thriller - The start of a series.
Brent is a fan of a plot driven story with strong intelligent characters. So if you’re looking for a fast paced escape, check out the Codi Sanders series. You can also find out more on his next book and when it will be available, please visit his website – BrentLaddBooks.com