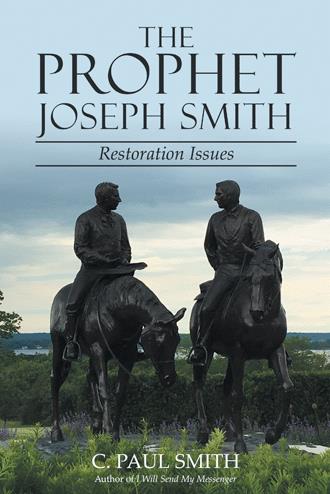 Joseph Smith disrupted the religious world in America and around the world. His teachings were at odds with the status quo of current Christianity, but many of the world's best people embraced his teachings and joined with what he said was the "restored gospel of Jesus Christ." This caused many pastors of other churches in the world to unite in attacking and condemning Joseph Smith--for as he converted people away from them, this was an implicit criticism of some of their teachings, and it jeopardized their very livelihood.

Joseph Smith dared to teach not only that males and females were created in the image of God, but that the eternal potential of man is to become gods and goddesses. While there is support for this doctrine in the Bible, many people accused Joseph of blasphemy. And when Joseph said he was restoring the biblical practice of plural marriage, many people called Joseph an immoral and evil man--never mind the fact that some of God's greatest prophets, Abraham, Jacob and Moses anciently practiced this doctrine. The first chapters of this book will discuss this doctrine.

I have studied the life and words of the Prophet Joseph Smith for over five decades. I found him to be a man of virtue, love, great faith, unwavering devotion to God, and unmatched courage. I conclude that the criticisms that he was evil and corrupt are wrong. Joseph Smith's mission was to be the Lord's prophet in restoring all things, in preparing the world for the Lord's triumphal return to reign on earth during the Millennium. I have found that those who disparage Joseph Smith are wrong in virtually all of their criticisms of him. Joseph's detractors are invariably wrong on the facts, wrong in their interpretation of the Bible, and wrong in their assumptions about Joseph's motivations and desires.

Nevertheless, some of the criticisms of Joseph Smith can sound persuasive on the surface, to someone who is not fully versed in history and in the scriptures. Therefore, I believe that it can be helpful to address some of these criticisms and some historical facts about his teachings. That is what I intend to do in this book.

I think it is important to say something about the basis I have for the conclusions I have reached about Joseph Smith. While I am not the world’s greatest expert on Joseph Smith, I believe that my knowledge of the life and writings and statements of the Prophet Joseph Smith is superior to most of his critics. I have made a lifetime study of Joseph's life and words. Because of this, I am able to more easily identify and refute most of the false criticisms that Joseph's enemies make. I have read and studied The Book of Mormon dozens of times. I have read and studied The Doctrine and Covenants and The Pearl of Great Price multiple times. I have also read and studied History of the Church (7 volumes), An American Prophet's Record: The Diaries and Journals of Joseph Smith (Scott Faulring, ed.), The Restored Church (by William E. Berrett), Joseph Smith and the Restoration (by Ivan J. Barrett), and The Autobiography of Parley P. Pratt. I have read many additional books and articles about Joseph Smith, some of which I found helpful in coming to a thorough understanding of him--nine of which I will mention here: History of Joseph Smith (by Lucy Mack Smith); Joseph Smith, Rough Stone Rolling (by Richard Lyman Bushman); They Knew the Prophet (by Hyrum L. and Helen Mae Andrus); Joseph Smith the Prophet (by Truman G. Madsen); and No Man Knows My History (by Fawn Brodie). The latter book is a classic anti-Mormon book--of course, I know that. But I nevertheless found it to provide some helpful insights. Additional valuable information is found in the biographies of two men who shared some of the Prophet's most spectacular manifestations: The Voice of One Crying in the Wilderness: Sidney Rigdon, Religious Reformer (1793-1876) (by F. Mark McKiernan) and Oliver Cowdery, The Elusive Second Elder of the Restoration (by Phillip R. Legg). Other insights about the Prophet are provided in The Life of Heber C. Kimball (by Orson F. Whitney) and The Life of John Taylor (by B. H. Roberts). I mention these books to show that there is a substantial basis for the conclusions I have reached about Joseph Smith.

Joseph Smith, Prophet and the founder of The Church of Jesus Christ of Latter-day Saints, continues to be the subject of adulation by many, but he is the object of derision by some Mormon critics.

C. Paul Smith, an experienced trial attorney and strong defender of Joseph Smith, highlights six historical and doctrinal issues pertaining to the prophet that remain the subject of debate: plural marriage; the succession of leadership following his death; the stories of three splinter churches that broke off from the church founded by Joseph Smith; the Book of Abraham; blacks and the priesthood; and six alleged false prophecies made by Joseph Smith.

The chapters on plural marriage give a concise history of key events of its introduction as a part of the restoration of the gospel of Jesus Christ. The chapter on the Book of Abraham scrutinizes and exposes the fatal flaws in the arguments made by some Egyptologists that Joseph Smith’s translation of the Book of Abraham is a fabrication. The chapter on blacks and the priesthood analyzes race relations in the 20th century, and it reviews some lesser known statements by Joseph Smith. The chapter on three LDS splinter churches provides important historical insights about three organizations that broke away from the Church in 1844, 1852-60 and 1863.

With debate still swirling around Joseph Smith, it is more important than ever to understand the truth about him in order to appreciate the quality of who he was and the great importance of his work.

C. Paul Smith is an experienced trial lawyer in Maryland, where he has practiced law for 40 years, beginning in 1978. He graduated from the J. Reuben Clark School of Law at Brigham Young University in 1978, after also receiving a Bachelor of Arts Degree there in English in 1974. Paul is married to Terry Thompson Smith, and together they have twelve children and 35 grandchildren.

Paul has operated a general law practice, handling primarily civil matters in state and federal courts, including family law, real estate, bankruptcy, personal injury, wills and estates and probate matters. Paul was elected Frederick City Alderman (2006-2009) and was elected Vice President of the Board of County Commissioners of Frederick County (2010-2014). He has been an active leader in the Boy Scouts of America for 45 years, and he was awarded the Silver Beaver Award in 2013. He coached youth baseball and basketball teams for many years.

Paul has served in many positions with The Church of Jesus Christ of Latter-day Saints, including bishop, high councilor, stake young men’s president, stake mission preparation teacher, ward young men’s president, scoutmaster (5 times), missionary to France (1970-72), and most recently (2017-2018) with his wife Terry as full-time missionaries in the Texas Ft. Worth Mission.