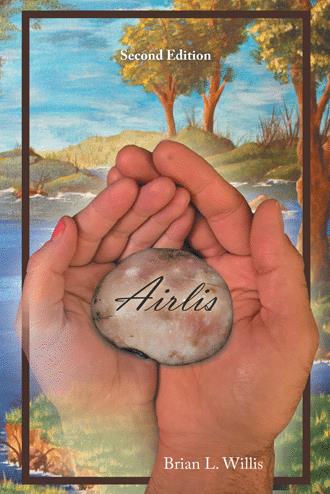 Tuesday, August 16, 2011 Yesterday A small bead of sweat dripped from my nose to the grass. I could do this play in my sleep . . . actually, I have done it in my sleep! Zack yelled out the count, “Down. Set. Hut!” I exploded from my three-point stance and drilled the defensive end. Not only would it slow him down, but usually the outside linebacker would forget about me when I acted like a lineman. Tight ends can be deadly weapons if a coach knows how to use them. (That’s right girls, a deadly weapon!) A quick spin-move gave me the separation I needed, and I raced toward the sideline. The pass was behind me, but I reached back and pulled it in. Heavy footsteps were coming fast, so I quickly spun to the inside. The cornerback clipped my shoulder as I twisted, knocking me off balance. As I planted my arm to stay on my feet, BAM! I got drilled by the outside linebacker. An explosion of pain tore through my arm as it bent a direction it wasn’t supposed to. Sitting on the practice field cradling my arm, all I could think was, Not me. This can’t be happening to me. Today I’m sure if anyone finds this journal my life will be over as I know it, but if I don’t get this out of my head I think it might explode! Today started with all the hopes and dreams a senior year can offer, but before the sun set, my life crashed, burned, and then blew away in a million pieces as the ashes were scattered by the winds of insanity. Let me explain. My life revolves around one thing, football. I don’t think of myself as a star athlete, and I don’t think others view me as anything special, but it’s been my dream to play on the varsity team for as long as I can remember. Since junior high, I fought and clawed my way up the ranks, and by the time my senior year rolled around, I’d done it! David Thorn—Snowflake Lobos’ starting tight end! All summer, as we traveled to neighboring towns for passing league, I admit I was looking good. What seemed hard last year had gotten easier, the defenders had gotten smaller, and the coaches and I were excited for the upcoming season. A perfect way to begin my senior year. I was at the top of the world, with only bigger things on the horizon. * * * * Wasn’t that nice? Wow, I didn’t realize how much I missed writing! Okay, so maybe there’s more to explain if you really want to know what’s going on. This is where the blackmail material begins. My secret love . . . is a pen and paper! I know, and I don’t even get good grades in English. I used to jot down my daydreams of battling dragons until one day, in fifth grade, Brock Henderson swiped my notebook from my desk and yelled, “Hey look! David has a secret diary!” Only a few people laughed, but I admit it bothered me enough to quit. Now I’ve got to unload somehow. If I don’t, I think the alternative will end me in jail . . . so, I’m back. Since I’ve already started throwing dirt, I might as well dig this hole nice and deep. That way, maybe it’ll be quick and painless when I hit the bottom. Are you ready? I collect rocks. I love old bands like Simon and Garfunkle. I’m not only in choir because of the girls, I genuinely like music . . . and I’m a cowboy. Have you ever seen such a conglomeration? Confusing—yeah, I know. I have to live with it every day. Most people don’t believe it when they see glimpses of the real me. Truthfully, it’s because most people don’t see the real me at all. It doesn’t help that I try to hide it, though. At school I like T-shirts, loose-fitting pants, basketball shoes and a ball cap. At home I wear tight wranglers and cowboy boots. Have you ever tried to ride a horse without them? As for the cowboy hat . . . well, I’ve never owned one actually. Here in Snowflake the wind blows too much to keep one on very long. Besides, when I ride horses, the ball cap turns around for the high gears! So, there you have it, me on a platter. An eighteen-year-old, brown-eyed, dark-haired, 170-pound, screwed-up cowboy in disguise. But don’t tell anyone about the cowboy part, or I will find you. Not sure what’ll happen when I do, but I promise one of us will regret it! 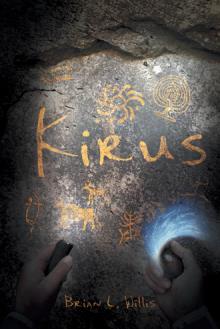 It is 2011 as eighteen-year-old David Thorn nurtures big dreams of fame and college football. But when he breaks his arm the first week of his senior year, his life and his dreams explode into a million pieces.

Now forced to face his new reality, David sits on the bank of a hidden lake on his grandpa's ranch and contemplates an empty future. Desperate for hope, David opens his heart to the God he has mostly avoided, but the heavens are silent—or so he thinks. As dark thoughts fill his mind, they suddenly begin appearing as words inside a semi-transparent stone lying by the water. Bewildered and shocked, he shamefully reads his thoughts. But as his own thoughts fade from the smooth rock, someone else's takes their place. In a miraculous way, David soon realizes that the living stone called an Airlis has linked him with Elli, a young angel in another time and dimension fighting battles of her own. As they courageously summon the courage to face their obstacles together, neither realizes how much their friendship will forever change their lives.

Airlis is a tale of love, faith, friendship, and family as a teenager and an angel are connected through a living stone that inspires each of them to reach for something more.

Brian L. Willis is a husband, father, and writer whose words flow from hope in God that his family will be together forever. He lives with his wife and children in Arizona. For more details about his Willis family adventures, visit author-brianwillis.blogspot.com.