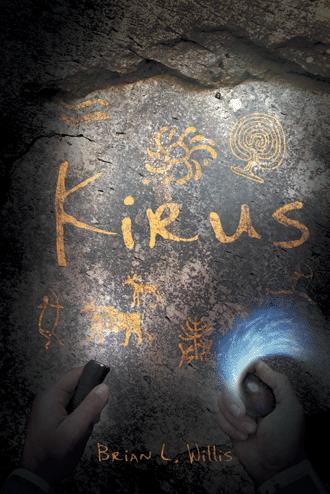 Slowly, she lowered the phone into her lap. She sat on the edge of the bed in her cousin’s second-story guest room, still in her flannel pajamas. Her luggage rested on the desk in the corner with the lid open, most of her clothes still folded neatly inside. Taking a deep breath, she gazed out the window and across the bay to the tall mountain islands that surrounded Sitka.

When she returned to the Craig’s home the night before, after hanging out with her cousin, Damon, and a group of his high school friends, she tried to call her dad, but it never went through. She wasn’t too worried then, but now it was mid-morning on Tuesday, and worry, like a nervous, trapped animal began to gnaw its way out.

Daddy never forgets to check in, she thought as she tapped the side of the phone. Maybe the batteries died. She tried the GPS again, hoping to see the blinking light on the screen that’d pinpoint his location. But it wasn’t there either.

Deep wrinkles etched into her forehead, and the air around her seemed too thin. Sitting up straight, she squeezed her eyes shut and took a deep breath. “Don’t panic, Liz,” she said quietly to herself. “Don’t jump to conclusions. There’s a thousand totally explainable reasons why Daddy’s phone isn’t working.” She brushed strands of dark-brown hair out of her face and opened her eyes. The deep-blue iris’ she’d gotten from her mother were misted over with the threat of tears.

The satellite phone still showed no sign of Ryan, but as she stared at the high-tech device wondering what to do, she got an idea. Maybe Ben can help. With a glimmer of hope, she reached for her cell phone on the night stand.

Ben Danielson had been a good friend of the family for as long as Liz could remember. Like her father, Ben worked for the government, but his job had something to do with military intelligence. He was a tall, blond man with broad shoulders. Years spent fighting for the country had given him a chiseled face with little room for compassion, but every time he saw Elizabeth, he always managed a smile and a warm hug. On occasion, Ben would accompany them on their more dangerous explorations, and she was always grateful when he did. His cool head and imposing size had gotten them out of a few tight situations.

Liz scrolled through her contacts until she found Ben’s name. His phone rang once and went straight to voicemail. Taking a deep breath to try and keep her voice calm, Liz waited until the automated response instructed her to leave a message.

“Hey, Ben. It’s Liz. Um … Daddy didn’t answer his satellite phone last night, and I can’t get ahold of him.” Her voice cracked. She took another breath and continued, “When you get a minute, will you give me a call? I’m not sure what I should do. Thanks.”

Her hand trembled as she put the phone back on the stand. Closing her eyes, she forced her mind to think of something else.

Last night was fun … Damon’s friend Justin is pretty cute. She smiled as she remembered catching him staring at her from across the bonfire. Dad often told her he was glad she got her mother’s looks, but now that Liz was seventeen, the compliment also came with a threat. “You’re not allowed to become a woman ‘til you’re twenty-one, so STOP IT.” Her full lips drooped as this memory tied itself to another.

Ryan set his last bag behind the seat of the small bush plane and turned around. They’d only been in Alaska a few hours, and he was already leaving. “Have a great time with your cousins, honey. Okay?” he said and gave Liz a hug.

“I will, Daddy, … after I get caught up on my studies, of course.” She smiled, but it quickly disappeared. “You’ll be back in a few days?”

As he pulled away, he grinned. “I’ll be back before Sunday. I promise.”

“Before SATURDAY, remember? I’ve got to be home Monday to take the ACT.”

“Oh, right.” He feigned ignorance. “Back by Saturday. Got it.” He walked to the side of the Cessna and turned around. “Or maybe someone in Sitka will steal your heart, and you’ll decide to stay here instead of run off to college.”

She folded her arms and gave him a playful glare.

Ryan paused with a worried expression and said, “You’re right. I’ll be back by Saturday.” He grinned, waved, and then climbed in the plane.

The memory was more than Liz could take. Dropping her head, tears ran down her face. Would that be the last time she ever saw him? Wiping her cheeks, she stood and hurriedly changed out of her pajamas. 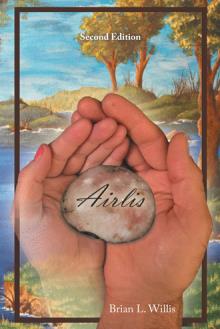 Elizabeth Bracken’s father, Ryan, is a researcher of phenomena and folklore for the United States government. Since her mother left them, Liz has enjoyed shadowing Ryan on his “Indiana Jones” adventures. But this time, Ryan’s journey is a simple search for the source of a bland, black stone at a remote lake in British Columbia and Liz starts college soon and must prepare for her upcoming ACT test.

Supporting his daughter’s decision to stay with relatives in Sitka, Alaska and study, Ryan omits telling Liz the stone is actually a rare diamond with mysterious qualities. The trip should only take a few days, and if he finds the jackpot, he’ll return for his beautiful sidekick and include her in revealing the greatest discovery of his career.

But Ryan doesn’t return … and his satellite phone quits working.

Surrounded by unfamiliar cousins and a thousand miles from home, Elizabeth is forced to reach for help beyond herself. In Kirus, shadows of the paranormal collide with truth as Liz uncovers the unbelievable. Does she have the courage to cross an unknown realm and face a cursed race to save her father?

In this religious thriller, a journey of exploration and treasure hunting lead the Bracken family to discover the reality of biblical ideals hidden in modern folklore.

Brian L. Willis is a husband, father, and author of the novel, Airlis. He now lives with his wife, Tiffany, and five children in a small town in Arizona. To learn more about Brian and his books visit author-brianwillis.blogspot.com and brianlwillisbooks.com.