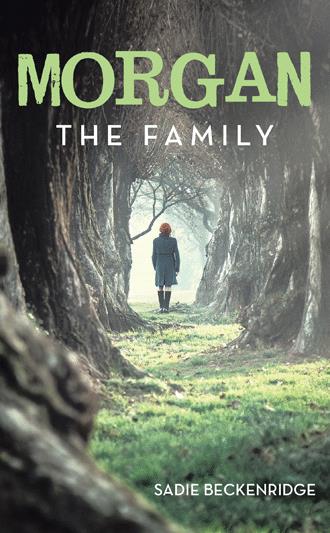 As Morgan walked through the bushes, the air became stagnant as things seemed to stand still. She had the strangest feeling come over her. Morgan looked back to where Tom and her father had stood, but they were gone. She thought they had gone inside; Morgan was sadly mistaken. Suddenly, out of nowhere, they both attacked her. Her father, Harold began to brutally rape her while coaching her uncle Tom to have her too. Harold proceeded to tell Tom what a good lay Morgan was. Both ignoring her pleas and cries for help, they told her to shut up or she would be even sorrier. They also told her that no one was home, so no one could stop them. Her father then encouraged Tom to have her next. He then went into detail about what he could do with her. Her uncle hesitated for a while and then decided it would be okay as no one would find out. It was clear that he was frightened by the circumstances and what could happen to him. After seeing what Harold was doing to his daughter, and listening to the encouragement from his brother, his anticipation grew immensely. Tom then began to talk about what he was going to do to her next, how much he was going to enjoy her father’s little whore. Somehow this excited both of them, giving them the will to perform the very things they were describing to one another. Morgan tried to get away from them several times. When it came to Tom’s turn, he pulled a stick from one of the bushes and said he would beat her with it if he did not get his turn. Morgan was so frightened that she went into shock and prayed to die on the very spot. Although the next-door neighbors were home, they were unable to hear what was happening, or else simply chose to ignore it. The trees and bushes were so big that they could not see anything. If by chance, they could see what was happening, they had decided to not get involved. It seemed like an eternity until Harold and Tom were finished, yet Morgan knew it had been only about an hour. After they were finished with her. They told her it was her fault for wearing a revealing dress. They instructed Morgan to be more aware of what she wore around the boys. Their intentions were to teach her a lesson not to be a tease and what she could expect from other men. Harold felt it was his right to have her first before someone else took her virginity. If Morgan told anyone what had happened, she would be punished. The punishment would be unlike any punishment she had gotten in the past; worse than what she had just experienced. Morgan did not know exactly what that meant and was not sure she wanted to find out. Before anyone came home, Tom had already left. No one knows why he showed up that day at the house, and he never returned. Later that night something must have snapped in Morgan’s brain because she began to believe that if she did whatever her father told her it would all end. Morgan was sadly mistaken. Things would indeed get worse. Time went by and the abuse never stopped. The intervals decreased as Harold and Vicky began to concentrate on her brother. Morgan found more excuses not to come home at night. She had been very close to her grandmother Clarabelle, who was a very kind and outgoing Christian woman who wanted to protect her children from all harm, except she was not sure how to do that. Clarabelle had begun to suspect something horrible was going on in her son’s home. Clarabelle had only one son and one daughter named Esther, though she never had a close relationship with her. Clarabelle had considered Morgan as one of her own daughters. Morgan soon began spending more time with her grandmother to avoid the abuse. This way she could sleep at night without the fear of her father attacking her. As the weeks went by things became more bizarre. The family started to sleep in the nude and no one had any modesty in front of one another. Figuring since they all had seen one another naked, what was the point in covering up with clothing? Harold was becoming more obsessed with his daughter. He wanted her more and began inappropriately touching Morgan in plain sight of Vicky. It did not matter if Morgan was dressed or not. He made it a regular pastime and her mother appeared to enjoy watching him do it to her. Over time, Vicky began to get jealous of Morgan. Harold, her husband, was showing more interest in their daughter than in her and he was buying Morgan more materialistic things than he did Vicky. It was not Morgan’s fault for what had happened and continued to happen to her. Harold was a very convincing and manipulative man. He had no belief in God and had no moral values for society or his family. Harold continually told Morgan he was the only one who loved her and that no one would believe her even if she did tell anyone about what he had done to her. Harold was well known by too many people and well-liked by the community. Morgan believed that if she told her mother he had raped her, Vicky would beat her. Vicky would not understand why Morgan took so long to tell her and would accuse her of being the one at fault, and that Morgan should have stopped it herself when it began. 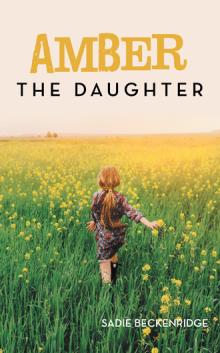 While growing up during the chaotic 1960s, Morgan flourishes in her role as daddy’s little girl. But as she enters puberty and her father begins to notice her in a different way, Morgan’s path in life suddenly heads in a dark direction as she is forced to endure unimaginable abuse, shame, and heartache.

After Morgan finally manages to escape her personal nightmare, she marries and divorces several times while subconsciously adhering to a negative pattern that often places the men in her life ahead of her three children. Although Morgan loves her children, she is unable to protect or shelter them from her past. As she struggles to care for her family, Morgan is unaware of the things unfolding in front of her eyes. Will she ever be able to break the cycle of abuse or will she continue to harbor the dark secrets from her past?

Morgan: The Family is the poignant and heartbreaking story of one woman’s journey through adversity and manipulation as she struggles to break free from the cycle of abuse, heal, and move forward into a brighter future.

Sadie Beckenridge holds a Bachelor of Science in Family and Child Services and an Associate’s Degree in Human Development and Family Services. She has been working in an elementary school since 2015 and is also a small business owner. Sadie currently resides in Central, Pennsylvania. This is her first book.