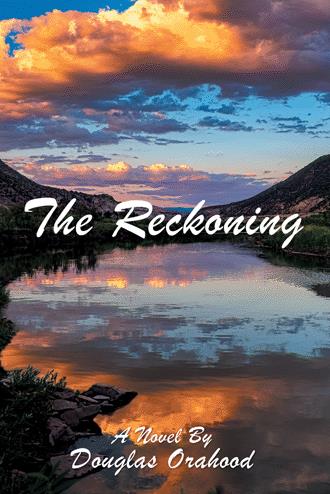 Once outside the saloon, the two men turned around and started walking back along the road toward the general store. As they passed the barber, standing in front of his shop, Jake noticed him look back toward the saloon and then quickly re-enter his shop and slam the door shut.

“I got the feeling there’s trouble followin’ us,” said Charlie in a calm voice.

“Yeah,” Jake replied. “Seems like my day for trouble.”

As the two men turned around and looked back toward the saloon they saw Pickney and another man walking toward them. Pickney had a shotgun in his right hand and was using his left hand to wipe blood from his nose and chin with a dirty bar rag. Walking next to Pickney, with a confident strut that suggested the gun belt tied low on his leg was a problem-solver, was a tall, heavy-set man in a black suit. The wide brim of his black hat shielded the color of his eyes, but there was no mistaking the grim look on his face.

“Looks like your stinkin’ coward has a friend who wants a piece of your ornery hide,” Charlie joked with a straight face.

“Yeah, his name’s Morgan. Pickney hired him to keep the customers from taking advantage of his ladies. This isn’t your fight, Charlie, so move off and stay out of it.”

Jake didn’t have time to argue as Pickney and Morgan approached to within twenty feet and stopped. All the men from the saloon had now spilled out of its swinging doors and positioned themselves along both sides of the roadway to witness the confrontation.

“I aim to kill you,” Pickney shouted boldly.

“Wait! Hold on,” said Morgan as he turned toward Pickney, grabbed the barrel of the shotgun with his right hand, and pointed it down at the roadway. “You never said he was a federal marshal.”

“I don’t give a damn who he is!” Pickney replied sharply. “Just kill him.”

“I’ve never killed a lawman, and I ain’t ’bout to start for you, Pickney,” Morgan replied firmly. “If you want him dead, you’re gonna to have to do it yourself.”

“That’s a right smart way of thinking, Mr. Morgan,” said Jake. “What about you, Pickney? You gonna use that shotgun or walk away? If you decide to use it you’re as dumb as Morgan is smart. Walk away, and it will be with just the clothes on your back and you’re out of business. Those two ladies you have enslaved will be free to go, but not with you.”

“You bastard,” raged Pickney as the men on both sides of the road began to snicker and laugh. “I’ve got a good business here and ain’t you or nobody goin’ to close me down.”

“Then best you quit jawing and get on with it,” Jake replied calmly as he pushed Charlie aside and moved his right hand down toward to the gun on his hip.

The laughter of onlookers was apparently too much for Pickney’s pride. With his left hand he slowly pried Morgan’s hand from the barrel of the shotgun and raised it to his shoulder. “Are you ready to die, Marshal?”

Instantly, Jake drew his pistol. His first bullet shattered the stock of the shotgun, along with Pickney’s right hand, while his second bullet sliced Pickney’s left ear from the side of his head.

“Mr. Morgan,” said Jake as he holstered his pistol and calmly watched Pickney slump to his knees on the roadway, screaming and holding his shattered hand, “I’d appreciate your taking Mr. Pickney to the doctor and make sure his wounds are attended to.”

“Yes sir,” Morgan replied with what looked like dumbfounded admiration.

“Thank you, and then wait for me in the saloon. I believe we need to have a conversation.” 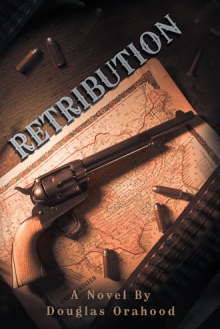 Jake Tanner’s assignment as a United States Federal Marshal in the newly minted state of Colorado is complicated by an influx of trappers, mountain men, and prospectors. Added to this collection of immigrants are settlers filing homestead claims and cattlemen looking for free grazing land.

Jake, in addition to keeping the peace, takes advantage of the Desert Act of 1877 and acquires enough land to start a cattle ranch of his own. Success as a federal marshal and cattle rancher is assured until mysterious events occur. Although relatively minor at first, these episodes become increasingly serious until the lives of Jake’s family are threatened and innocent people are killed.

Has Jake’s former life as a federal marshal in Kansas finally caught up with him? To find out, Jake devises a plan to find his adversary and bring him to justice. Simple as that plan seems to be, though, catching his ghostly opponent is far more complicated than foreseen. Will more people die before the identity of Jake’s diabolical antagonist is disclosed and justice is served?

Douglas Orahood is a retired United States naval officer and California public school administrator. He is also the author of Retribution, the first in a two book mystery series set in the late eighteen hundreds.