How the Animals Learned to Tell Time 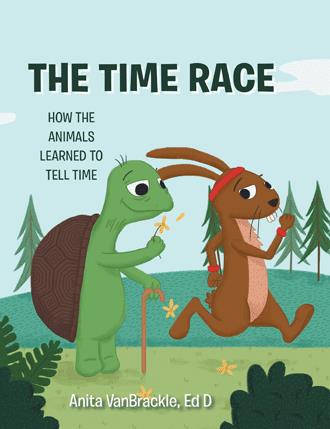 Mr. Turtle’s mouth formed a slight smile and he got just the hint of a glint in his eyes. Wise old Mr. Turtle had lived for many, many years and he knew exactly how the race would end. He knew the day had come for Rob to learn something new. 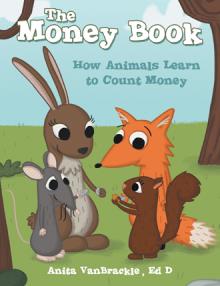 Rob the Rabbit lives in a faraway land where he is the fastest animal around. He’s always bragging about how great he is, and some of the other animals get annoyed because Rob doesn’t notice they have special skills, too.

Old and wise Mr. Turtle in particular does not appreciate Rob’s quickness, so to teach the turtle a lesson, Rob challenges him to a race. Surprisingly, Mr. Turtle agrees, and although Rob thinks he’s easily going to win, Mr. Turtle knows better. On a special circular track, Mr. Turtle does the race backwards … and they tie, but how?

Rather than teach elementary students how to read a clock, many schools are removing clocks from the classroom. By combining literature and math, let Rob the Rabbit and Mr. Turtle show you how to read an analog clock!

Trying to understand how learning happens, began at the tender age of six in a one-room school house. While watching an older student count on his toes to solve some addition problems, the author was being told by her teacher that she was writing her numbers from 1-100 incorrectly. The numbers were correct, but she was not doing it the teacher’s way. At that point in her young life, she learned the meaning of busy work and how there must be alternative methods to learn.

Beginning undergraduate school at Radford University while only 17 was a four-year adventure that changed her life, lead her to a degree in Elementary Education, and “theoretically” prepared her to be a teacher of young children. Determined to make sure all of her students learned, she soon discovered there was much more learning for her to complete to reach her lofty goal. While teaching, she earned her Masters degree in Curriculum and Instruction and Learning Disabilities. Teaching and learning were molded together as her educational skills were sharpened and alternative ways of learning were presented to her students. Other courses were taken from Emory University and her Doctorate in Curriculum and Instruction was from Virginia Tech.

Teaching and learning have always been linked in her educational career. After 17 years of teaching elementary and special education students and 25 years teaching both graduate and undergraduate college students, the desire to understand how learning happens continues. Through the writing of her books, Dr. VanBrackle is offering alternative ways of thinking and learning.