How Animals Learn to Count Money 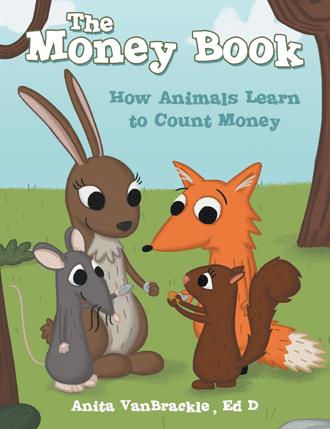 The forest animals helped the squirrels put the coins in a clearing on the forest floor. Sir Oliver, who had visited the city, understood how to count human coins, also called currency, and agreed to help determine the coins’ value. Sir Oliver explained that they had to sort all the coins into separate groups of the same kind of coin. The animals quickly began, looking at each piece of currency and placing it in a matching pile of coins. As they worked, Sir Oliver told them that the coins with same name had the same value. When the animals finished sorting, they had four groups of coins.
The squirrels were very anxious to know the names and values of the copper-colored coins. They looked at the writing on the copper-colored coins and found the words "one cent." “Sir. Oliver,” the squirrels squealed, "Are these copper-colored coins worth one cent?" Sir Oliver smiled and said, "Yes, you are very observant. The value of the coin is one cent, but the name of the coin is penny."
The mice examined a different group of coins and wanted to know the name and value of their coins. A mouse scurried to Sir Oliver with a coin and proudly showed him that this piece of currency had the words five cents stamped on it.
“Sir Oliver, is this silver looking coin worth five cents?" the mouse asked. "Yes," said Sir Oliver, "you are right. You are also an excellent observer. Your coin's value is five cents and the name of the coin is "nickel.” They shouted, "We have nickels, and each nickel is worth five cents! We must be very rich!" 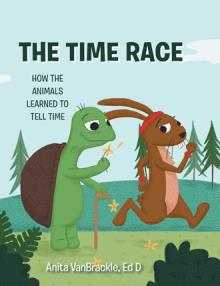 When the forest animals find round copper and silver colored shapes in their forest, they don’t know what the mysterious objects could be. They need help solving this mystery. Lucky for them, Sir Oliver is there and explains these round shapes are human coins.

While sorting the shapes into first different colors and then different sizes, the excited animals learn the value of coins. For instance, the copper one is a penny and worth one cent, while the silver one is a nickel worth five. The animals then add up all their discovered money.

By working together with Sir Oliver’s help, the forest creatures transport the coins to an old country store, where they buy some amazing things! You can learn about money, too, with the help of friendly wild animals on an educational adventure.

Anita S. VanBrackle, EdD, earned her degree in elementary education from Radford University. She went on to earn her master’s in curriculum and instruction and learning disabilities as well as her doctorate in curriculum and instruction. After over forty years of teaching, Dr. VanBrackle’s continued passion is to make learning joyful and meaningful for students of all ages.