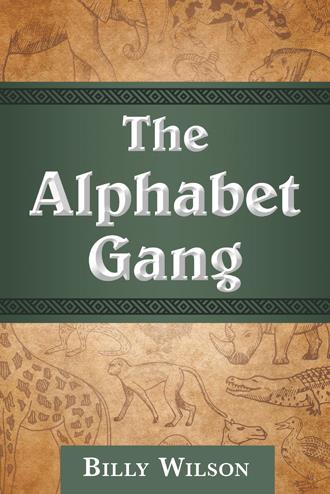 All around the elementary school are the final noises of doors shutting and lights being shut off as everyone leaves for the evening. Within minutes, the school is totally quiet, but something begins to happen in one classroom. Up above the blackboards are big writing posters that show the correct way to write each alphabet letter and each letter has an animal to represent the sound of that letter. Letter A had an alligator, B was a bear, C had a cat, D was a dog, E had an elephant, F was a fox, G had a goat, H was a horse, I had an Iguana and J was a Jaguar. The letter K had a kangaroo, L was a llama, M had a monkey, N was a Nightingale, O had an owl, P was a penguin, Q had a quail, R was a raccoon and S had a squirrel. The letter T had a Turkey, U was a unicorn, V had a vulture, W was a warthog, Y had a Yak and Z was a zebra.
One by one each animal on the alphabet posters came alive and began to pop off the wall and land on the student desks. Some would roam the halls, some played games together and some, like Jaguar, Iguana and the Yak would just stay in the shadows by themselves.
It was always interesting when the alphabet characters got together because each of the animals had a unique behavior. Alligator and Bear were buddies. They wore overalls, sunglasses and liked Cajun music from Louisiana. Mr. A could get violent with his tail and Bear could act tough but was actually soft and cuddly. Miss Kitty ( C ) was very independent, obstinate and opinionated. Dog was a compassionate Chihuahua and a born leader. Kangaroo spoke with an Australian accent, was always bouncing up and down, exercising, liked to fix things and carried a hundred tools in it's pouch. Squirrel was fidgety, constantly searching for stuff of any kind to take and store somewhere. Bear liked Mr. Squirrel because Squirrel kept Bear supplied with snacks.
The hoofed animals, Zebra, Goat, Llama and Horse, would end up walking together down the halls. Goat had horns, a negative attitude and always said “Baaaaaad,” when he didn't like something. Horse was very insecure and nervous and walked with the others just for company.
Penguin had mental problems and would change personalities every time something banged his head. One night, Horse tripped on Alligator's tail and stepped on Iguana. “Iggy” flared up mad, showed his teeth and hissed at Horse and then Horse banged into Penguin, which definitely “changed his channels.” Penguin started singing loudly like an opera singer, “Figaro, Figaro, Figaro.” Everybody yelled at Bear to go bang Penguin's head and fix the noise. Bear banged him once and Penguin started talking like a race track announcer, “And they're coming down the home stretch with Big Fella keeping an easy lead. Second and third horses are running neck and neck” Bear hit the other side of his head and Penguin started singing “O beautiful for spacious skies, for amber waves of grain. For purple mountain majesty above the fruited plain. America, America...” Bear banged him again and Penguin became normal.
After an hour of play one evening, they began to gather around the teacher's desk and visit about the students and happenings of the day.
Bear said, “Seems like everybody is doin' okay, but I'm not doin' okay 'cause those mean boys keep bullying little Billy and making him cry. I know the teacher can't be everywhere to stop 'em but somethins' got to be done about it.”
The crowd agrees. Dog said, “I know it, and it always happens in the hall or the bathroom where they can get away with it.”
“Yesterday, they pushed him down on the playground, got him dirty and made him cry,” added Kitty.
The crowd moaned.
Goat said, “Baaaaaaad.”
Kangaroo added, “I noticed the little girl named Suzy has only one dress and sometimes, she has nothing to eat for dinner.” The crowd moaned.
Squirrel piped in with, “Some don't have dinner 'cause there's thieves robbin' their food out of their lunch boxes kept in the coat room!”
Ms. Turkey adds, “Most of these kids are lonely, have no self-esteem, no inspiration and full of negativism.”
Ms. Owl spoke up. “Yes, there are many hurts in this class and we need to devise a plan to start helping them. I want to help that boy, Benjamin, who doesn't know what happened to his Dad. He stares at all the other kids with parents and just hurts.”
“I know what,” said Dog. “Let's divide into teams to do different things and get started.”
The animals talked to each other about the needs and formed up teams.
“All right,” said Dog. “We've got four teams and four leaders. For Bullying, which starts with a B, we have Bear, Alligator, Warthog and Penguin. To stop the stealing and build Respect, which starts with an R, we've got Raccoon, Jaguar, Fox and Goat. To help with the hurts and the Orphans, which starts with an O, we've got Owl, Turkey, Cat and Dog, Me. To work on Self-esteem, which starts with an S, we have Squirrel, Kangaroo, Horse and Elephant. Others will fill in as needed. Let's spend the rest of the night planning what we can do and get started on it tomorrow night.” 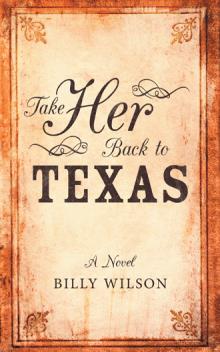 The animals on alphabet cards come alive, pop off the wall, and start doing great things around the school. Each letter has its own personality, quirks, and talents to help solve problems, most often with a hilarious twist.

Sharing a united concern and compassion for kids, the animals form teams to help the most vulnerable students. One gang sets out to vanquish bullying, and another works to destroy the stealing of food and money. One group empowers and encourages students to stand up for themselves with respect, character, and self-esteem. Another team finds jobs for poor and desperate families, helping to eradicate poverty.

Focusing on real problems, The Alphabet Gang shares a whimsical story of a group of animals intent on helping students and teachers.

Billy Wilson has written four, feature-length movie scripts as well as the book The True Kingdom of God. This is his first book for children. Billy lives in the Ozarks of Arkansas.