Take Her Back to Texas 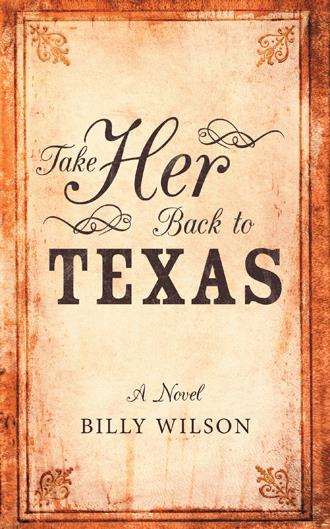 A horse and wagon came into Springfield, stirring up a cloud of dust. It stopped at the saloon and gradually, Mary Campbell, a pretty thirty-five-year-old blonde, climbed out of the wagon and went up to the saloon door. She hesitated before going in, then walked in slowly, looking around.

She saw her brother-in-law, Tom Campbell, in a corner of the saloon, drinking and playing cards. He was a tall man about forty years old.

All eyes were on him as he stood, startled, and said, “Mary, is that you?”

Mary said, “Yes. I'm ashamed of finding you in here. Always in a saloon – at this time of day, with work to be done at home and on the farm. I'm ashamed to come in here...to have to remind you that it's been two years since my husband died -your brother, Joseph – your brother that you gave your word to that you'd take me back home to Texas if he died in the war. My father's too old to come after me and I've lost two brothers, too. I have no one to help me and the farm's too big for me and two boys. Even if you won't keep your word to help me, me and the boys are leaving in two weeks to try to make it to San Antonio, somehow, even on our own.”

Tom saw people gather at the saloon door and others peering in at the windows.

Deadly silence followed her as she left and gradually, other men left the saloon. Everyone in the county knew Tom hadn't kept his word to his family. No one would respect a quitter or a liar, regardless of which side they were on in the war.

Tom was unable to speak, unable to move. His face blazed from embarrassment. As embarrassment turned to shame, his head fell, he slumped in his chair and stared at the floor.

After downing a few drinks he went outside. The sun was setting on his way home. People on the street stared or turned to step inside buildings to avoid him. Older men who he respected and who knew his dad, gave him dull stares to show their shame or disapproval

The next morning, Tom mounted his horse and rode four miles to see Mary and the boys. It was a beautiful spring morning with Dogwood and Azaleas in bloom. When he arrived, Mary and Samuel were splitting firewood. Samuel, the oldest son, was 15 years old, and the youngest son, Daniel, was six years old. Daniel was reading the Bible out loud from a podium he'd built for himself on the porch.

Tom yelled out, “Hello, the camp. Can a man get some coffee?”

“I thought I'd come check on y'all and I need to talk to your mom,” Tom said.

Mary said, “Thomas. Get down. I'll get you some coffee. Anybody cooked you a cinnamon roll lately?”

After a few minutes of visiting, Tom suddenly put down his coffee and cinnamon roll. He said, “I've come to apologize to y'all. I know I gave my word to my brother to help out and I haven't even been by. Have you got any plowing done? Got any seed yet?”

“Tom. Listen to me. We are leaving here next Monday, April first,” said Mary.

Tom said, “Are you sure you're not going to stay?”

Mary said, “No. We're loading everything left here in the house and going back to my family in San Antonio, Texas. I've already leased the farm out to your brothers.”

“You know you can't get everything here in one wagon,” said Tom.

Mary said, “Who said anything about one wagon? I intend to take two wagons. Me and Samuel can handle one wagon and it would be nice if you would drive the other.”

“Me? A wagon? Do you think I could sit on a slow goin' wagon for a thousand miles?” said Tom.

Mary said, “Oh, I know you'd have to bite your pride but thousands of other people did it on the Oregon Trail and we're going to do it, too.”

“All those people on the Oregon Trail only took one wagon. Why can't you?” said Tom.

Mary said, “Tom, I'm not leaving my piano or books for the boys or things Joseph gave me. If you aren't man enough, we'll find some other way. Samuel, let's finish the firewood and get started on the rest.” Mary and Samuel walked out of the house, leaving Tom at the table.

Tom slowly walked out and said, “Okay. I'll be back to get the wagon and we could use Dad's big farm wagon and I'll see about getting the horseshoer over to fix the team.”

Tom rode into town and stopped at the street intersection. He could see his brother David's freight and livery business two blocks away and the saloon at the same time. He decided to have a quick drink.

Tom ordered a beer and just as he picked it up a stranger yelled out, “Thomas Augustus Campbell.”

Everyone and everything went quiet. Tom turned, shocked to hear his full name called out by a stranger.

Tom said, “And who the hell are you, mister?”

The stranger said, “They call me Red. I'm from Texas and I'm calling you a liar.”

The Texan said, “I'm calling you a liar for not honoring your word to your own brother. Liar for not helping his widow and kids. Campbell was a good name...'till they stuck it on you. You're a liar for thinking 'cause your bigger, you can whip me but today you're gonna learn, it's not the size of the dog in the fight, it's the size of the fight in the dog, and this Texan is gonna whip your ass.” 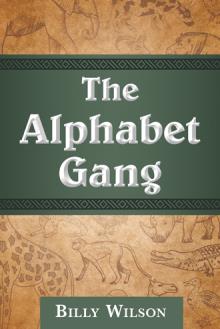 Tom Campbell vowed to take his sister-in-law, Mary, and her two sons back to Texas if his brother died in the war. He avoided keeping his word, but public and family pressure pushes him to get horses and wagons ready to make the trip from Springfield, Missouri, to San Antonio, Texas.

Fate forces them to take a route around Kansas instead of traveling straight through Arkansas and Oklahoma. They meet the first, large cattle drive on its way to Abilene and experience the antics of crazy cowboys. With two wagons, they enter north Texas at the Caprocks and journey the barren Llano Estacado. On the howling, desolate High Plains, they get lost and run out of water. Luck steers them to the only place on the High Plains that has grass and water, the Palo Duro Canyon. Their joy soon changes to fear when Comanches spot them and attack. Tom, Mary, and the boys are miraculously saved by the actions of two cowboys who ride into help.

The trials of the journey weigh heavily on Tom. When he reflects on his life, he knows he must change, but he hopes it’s not too late.

Billy Wilson has written four movie scripts and three published books. He lives in the Ozarks of Arkansas. He is the author of The Alphabet Gang and The True Kingdom of God.