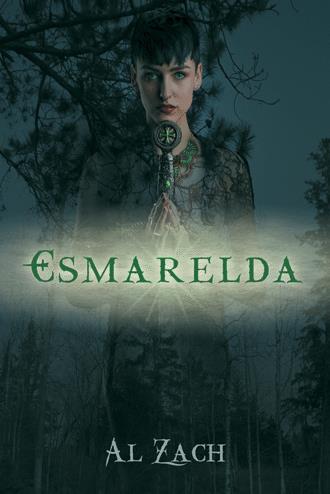 Benny Gonzales knew at some point the witchcraft would surface again.  His curiosity was drawn to her mysterious mood.  Uncomfortably, he grabbed a cue stick.  Random shots were made on the pool table.  A need to break an upcoming tension overcame his feelings.

“I want to kill you.”  Esmarelda Pondeon stated at point blank range.

“Uh?”  He blurted, and he sent the red striped 12 ball sailing off the table.

“I, meaning me, Witch Esmarelda, want to kill you.  I need you to play a role in my human sacrifice.  By the way, I am titled Princess Esmarelda.”  Simply she explained and corrected.

Benny Gonzales unloaded his feelings, “I fail to understand you.  You are bringing me back to the time I met you the night of pouring rain.  I dearly protect our intimate closeness, but sometimes, like now, I feel strange to you.  Sure, if calling yourself a princess helps, fine.  But you seem to be acting like a real witch.  You want to kill me?”

Benny Gonzales searched the room for the missing shot ball.

His Essie pleaded on, “Yes, my Benny, I am stuck in the role of the stranger.  I told you I have this cult.  An unlucky situation which I became captured into.  I mean that literally.  The saying, ”I cannot turn back the hands of time, is most fitting for this part of the conversation.”

Benny Gonzales demanded, “Well, I am not going to let you kill me, that's for sure.”

She clarified, “The people, cultists who come to these meetings, well, they are looking for amazement, and magical unknown.  I put on a ceremony, but really it consists of smoke and lights,  My followers are willing to pay good dollars for a show.  They know my performance is a fake human sacrifice.  Again, simply a contrived sham.

He poorly smacked the cue ball with his pool stick, and the white sphere departed on a flight, passing Essie's head of curly hair.

He then replied, “I am beginning to understand my mixed emotions.  I challenge myself about our relations many times.  Hot and cold times control our relationship.  I need to confront the cold feelings, and not ignore them.  So, you are a swindler, a quack, a phony of hocus pocus.  You are indecisive with your life, but you cannot help yourself.  A Princess, really?  You are a Princess of Thieves.”

“No!”  Esmarelda barked, deeply offended by his remarks.

She grabbed him and shook him with despise.  Benny Gonzales believed the lights flickered in rhythm with the ground shaking, but not from her physical grabbing.  The witch talk played with his mind.

Calmly now, she explained, “It is just entertainment.  I need someone I can trust.  They will be no harm to you.  Besides all of this I have shared with you, I will pay you handsomely.  The human sacrifice generates significant revenues.”

Benny Gonzales answered with truth, and said, “ I am not sure, and the money means nothing to me.  I love you, and my affections flow boldly inside me.   But you challenge my rules, a clogging confusion.  I feel bad, like I am acting bad.  My desires are drawn without my will, to an almost wrong feeling of intent.”

Somehow Benny's conflict annoyed her.  She wished all could truthfully be explained, but it was too early in the scheme of her harsh realities. 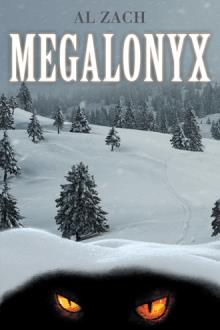 Benny Gonzales is a twenty-year-old college student who lives with his mother. He meets Esmarelda in a seemingly innocuous way when she rescues him from a rainstorm and gives him a lift in her car. Benny doesn’t usually accept rides from random strangers, but Esmarelda is hot and he can’t resist.

However, Esmarelda is more than she appears. She is an innocent Spanish aristocrat who has been deceived into witchcraft. Meeting her changes Benny’s life, as he must now face temptations and evil creatures of the Dark Realm.

Esmarelda falls in love with young Benny. Their hearts connected, they embark on a quest to break her curse and learn the true meaning of life and happiness.

Al Zach was born and raised in College Point, New York City. Now retired, he lives in central New York, where he takes care of his farm animals, including chickens, roosters, ducks, geese, and more. After a career analyzing drugs as medical technologist, Zach encourages others to seek adventure in books, not in the use of illicit substances. He is also the author of Megalonyx.