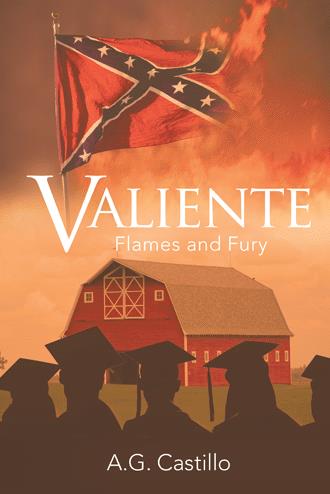 “When are they going to take that damn flag down,” sighed Chente as he suddenly became enraged and stepped away from the window. “I don’t want that damn thing in our yard anymore.”

Henry followed his boyfriend out of the bedroom.

“Manny, when are we going to take the racist flag down,” roared Chente as he walked into the living room. “I don’t want it in our yard anymore.”

Violeta and Mrs. Jimenez peaked in from the kitchen. They were a bit startled by the tone in Chente’s voice.

“I want that ugly flag to come down, right now,” repeated Chente as his eyes raged. “It’s a sign of racism and hate and I don’t want it in our yard.”

“Chente they need to dust it for fingerprints and they will do it first thing in the morning,” replied Coach Alvarez.

“Nope. Unacceptable response. They need to do it now,” demanded Chente as he shook his head and he stormed out of the house and walked into the garage.

“What’s going on Henry? What is he doing?” asked Vanessa as she looked out the broken window.

Henry shrugged his shoulders and nervously scratched his head.

“He was calm one minute and then flew into a rage about the flag in your front yard,” whispered Henry as his boyfriend walked back into the house with some lighter fluid and a hammer and went directly to the kitchen and grabbed some matches.

“Victor, hold on to these and come with me,” instructed the older brother.

The little brother looked at his mother and begged for help with his frightened eyes.

“Chente, what are you doing,” asked Violeta in desperation and followed her brother out the front door.

“Chente, listen to me,” said the oldest sister as she grabbed his shoulders. “You are upset. Please don’t do anything that you will regret later. Think this through.”

“Sister, I am done thinking,” hissed Chente as he shook his head. “These men walked into our yard and trashed our home. They insulted us!”

“Look around Vi, this is our home and they came and tore it up,” said Chente as his voice cracked. “Vi, they burned Dad’s rose bushes… they injured Nesh… they tore up our home… that is not right. I will not let them get away with it.”

Violeta looked around and saw spray paint on the sidewalk. She could smell the left over ashes of the rose bushes and understood her little brother’s rage.

Strangers in masks had invaded their home and had stolen their pride. They had mocked their way of living and disrespected a home that their parent’s had built out of love and sacrifice.

The reporters from across the street saw Chente emerge from the front door and immediately ran over with their cameramen hoping to get a comment from the star athlete.

Police Chief Williams stepped away from Mr. Hamilton and immediately had his officers detain the reporters by the curb and quickly walked over to Chente.

“What does it look like I am doing, sir,” replied Chente with fire in his eyes.

“You can’t touch that flagpole, “ screamed the chief of police. “That is official police evidence!”

“Yeah, well you’re going to have to get over it because it’s coming down right now,” hissed Chente as he walked up and towered over the man with a badge.

“I refuse to have something so disrespectful remain in my front yard for another minute. No not one more minute.”

“Please get out of my way, sir,” hissed the high school senior as Violeta, Vanessa, Victor and Mrs. Jimenez walked up and faced the police chief and stood beside Chente – a united front.

“Chente, give me the hammer,” said Coach Alvarez.

Henry walked up to Chente and gently swiped the hammer out of his hands and handed it to the interim athletic director.

Drucilla Drake was standing at the curb with her cameraman filming the entire episode.

Coach Alvarez and Henry pulled up the flagpole and handed it to Chente.

The high school senior took the flagpole and walked over to the street and threw it down and stepped on the confederate flag. He looked at Victor and the little brother handed him the lighter fluid and matches.

Chente nodded at Drucilla Drake and she made her way to speak to Chente.

The star athlete looked directly at the camera and spoke.

“Tonight, my family, my friends and I were attacked in my home by group of cowards in masks,” said Chente as he nodded his head slowly.

“Yes, cowards in masks,” repeated the high school senior with added conviction. “They wanted to scare me and silence me because I am gay.”

Chente paused and exhaled. He turned and looked at his family.

“Well, I have a message for those pathetic clowns!”

“Tonight you attacked my family and friends. Then you disrespected my home by spreading your filthy hate – breaking our windows, trashing our cars and setting our front lawn on fire.”

“You want to silence me – you want me to be quiet. You want me to go away just because I am gay,” growled Chente. “But, now you need to pay close attention and listen to me. That is not going to happen!”

Chente bit the bottom of his lip and cleared his throat. He looked at his mom and felt her strength as she gave her son a reassuring nod.

“You yelled at me that I was going to burn in hell because I am gay… and then you ran away to hide your faces. Cowards!,” hissed the star athlete as he stared into the camera.

“But look at me,” shouted Chente as he extended his arms out wide. “I am not hiding. I am right here! I am not going away!”

“And the only thing that’s burning tonight is your symbol of hate,” yelled Chente as he took the lighter fluid and splashed it all over the confederate flag.

The star athlete took a match and lit it. He looked at the camera and dropped it on the flag.

Immediately, the confederate flag was engulfed in flames. The high school valedictorian picked up the flagpole and waved it in the air and yelled.

“My name is Chente Jimenez and I am not afraid!” 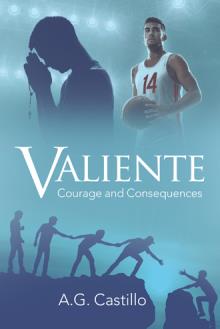 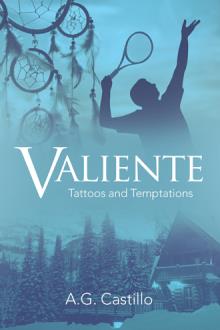 High school valedictorian and college-bound Chente Jimenez thinks he finally has his life together. But after he attends prom with his new boyfriend, Henry Hamilton, Chente returns home to find his first love, tennis coach Aaron Doss, in his mother’s kitchen.

Coach Doss has been playing follow the leader all his life—until now. After leaving his bride-to-be at the altar, it appears Doss has finally found his voice and the freedom to pursue Chente. But when he shares his news with Chente, the unexpected update unleashes a chain of events for the high school senior and his family and friends as the faceless menace that has surrounded Chente for months manifests into real danger. Before the dust settles on his high school days, hearts will be broken, secret conspiracies will be exposed, and death’s fingers will grip the small town of Avalon. While navigating the final chapter of his high school life, Chente is about to experience the undeniable definition of truth, honor, and finally love.

In this gripping novel, a bold voice and a fearless stance leads to explosive consequences for a high school senior and his loved ones.

A.G. Castillo was born and raised in a small West Texas town. After graduating from Texas Tech University with an English degree, Andres began his career in public education, serving as an English teacher, high school basketball coach and principal, and as a superintendent of schools. When he is not traveling the world, Andres resides in San Antonio with his partner, Tim, and their incorrigible dachshunds, Puppy and Penny.