The Crusade against Spiritualism 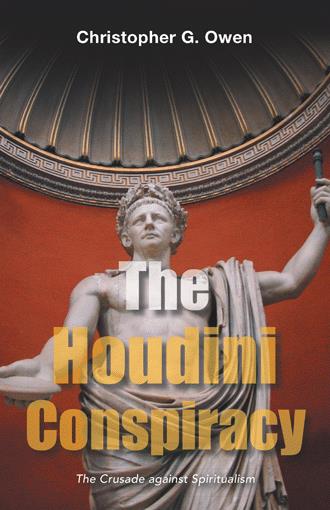 Houdini later theorized and rationalized away all the phenomena his pamphlet exposes on the seances.  He explained everything that Margery produced as a result of her being a clever contortionist able to contort her limbs to extremes that made her able to ring bells, produce lights and make physical objects fly through the air all without leaving her seat.  She was a ventriloquist able to speak in low tones and laugh in feminine tones simultaneously.  For Houdini's hyper-skeptical mind, this was the only explanation possible.  But he failed to expose any of the phenomena as fraud like he had so many lessors even though sitting next to her, holding her hand.  He was not confident enough. So, he came up with a ridiculous contraption that he surmised would make Margery's performance impossible.  He would construct a wooden box, place the medium in it and completely encase her so she would scarcely be able to move.  It resembled the stocks that prisoners were put in during medieval and old colonial times.  It immobilized the neck and arms. The box had eight separate locks, Houdini was so obsessed with locks, with three holes only, for Margery's head and her two arms.  And as Conan Doyle later remarked, it was beefy enough to contain a gorilla rather than a petite woman.  But Houdini was desperate at this point to change the mind of the Committee judges and decided he had to risk all in an exuberant blitz of misdirection and obfuscation.  After all, these men were eggheads and knew nothing about illusion. He should be able to plant doubts in their minds. First, he had to shut down the medium's phenomena and this was the best way, so he thought.  The stakes couldn't be higher. All America was watching, and Houdini's reputation was riding on it.  He had to come out the victor by hook or by crook and he knew it.  He was clearly out of his league now and had to find a way back to familiarity and safety, back to his scorched earth tactics on the small timers.  They were easy marks, whereas this was quickly turning into a disaster.  Houdini had written extensively by now, sent letters far and wide that documented his boasting and his protestations that all Spiritualism was a fraud. If now he had to eat all those words, he would choke to death, so to speak, and become the laughingstock of the whole world and be its master fool, not its master showman. This is something that the vain, conceited ego of Houdini could not suffer.  If this medium Margery upstaged him now, all would be lost. 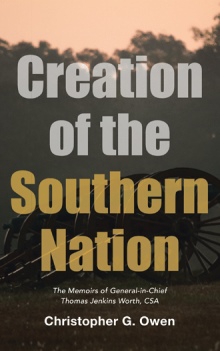 It is the 1920s and Catholic leaders do not want another wave of spiritualism in America, especially after barely containing the last one. Now as a new organization emerges armed with their own bible, they fear they are about to witness a highly organized attack on the religious hegemony in the New World. One of the leaders of this organization is Cora Richmond, a deep trance medium who has just authored a troubling book.

Erik Weisz, otherwise known as the Great Houdini, is a world-class showman and flamboyant self-promoter who is in the waning days of his career when he receives the commission of a lifetime from his handlers: to lead a worldwide crusade to destroy the spiritualist movement in America so it will never recover to its former level. As established religions of the world, based on a flimsy patchwork of myth and stolen history, find their champion in Houdini, now only time will tell if he can singlehandedly sabotage humanity’s age-old quest for spirituality and create a heroic legacy that will endure for generations to come.

In this fascinating tale, the Great Houdini is commissioned to lead a global crusade to destroy a modern spiritualist movement in America.

Christopher G. Owen earned a bachelor’s degree in history. He served as a Sergeant in the 187th Infantry Brigade United States Army Reserves. Christopher currently resides in Maine. Creation of the Southern Nation was his debut novel, which was an alternative history that introduces the first wave of American Spiritualism. His second book, The Houdini Conspiracy, explains the second wave of Spiritualism and why it was short circuited by shadowy powers that have always controlled Western Society back to ancient times.