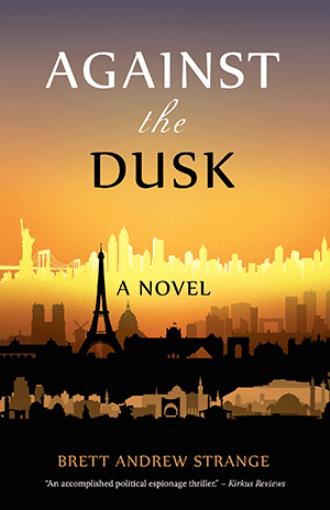 She had asked her father to come to Paris not only because she missed him but also for a more serious reason. They had argued the night before. For months, Katya had urged Sergei to do something more than just paper over the ugly truths of Russian foreign policy. Her father claimed to his supporters that he was a reformer. She was proud of this. She wanted him to live up to his promises, follow words with actions. Otherwise, what was the point of his political position? Just to be a new kind of apparatchik under a different flag?

It was a cold night when Paul Drake, an Iraqi War veteran, wandered into the Zephyr Gallery in Manhattan’s Chelsea district. Little did Paul realize then that his chance encounter with Katerina Volkova would spark an unlikely but fated romance. An ongoing government investigation soon thrusts them both into a treacherous world of Russian power plays, double agents, and illicit chemical weapons sales. The stakes quickly escalate to a wider geopolitical stage as Paul aligns with unlikely allies. A lethal network of war profiteers working in the shadows aim to prolong the chaos—no matter what the human cost. Against the Dusk is a fast-paced, thought-provoking contemporary thriller that engages the reader on multiple levels. The story careens from the canyons of Manhattan to the dusty villages of the Euphrates valley, capturing elusive elements of our era’s troubled zeitgeist. The author’s keen ability to call forth fresh insider detail from his own experience, anchors the prose in a domain of the relevant and real. A memorable cast of heroes and villains springs to life well beyond the page. The multi-faceted narrative also explores themes of radical free will and the nature of art.

Brett Andrew Strange started his career as a CIA intelligence officer based in Langley, Virginia. Brett worked more than a decade overseas in Southeast Asia, Europe, and the Middle East. This is his first novel exploring themes related to his prior intelligence work and the men and women he encountered. For more information on available fictions please visit www.brettandrewstrange.com