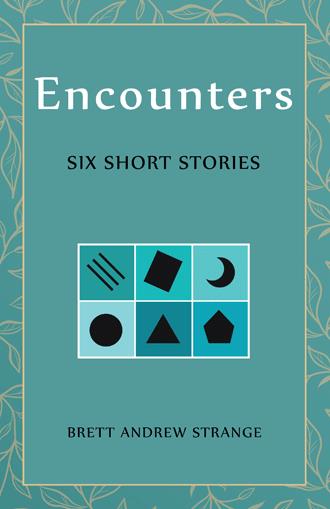 It rains today as it rains often in the Asian tropics. The gray-black clouds descend upon the city skyline as the first raindrops flutter down like stray confetti. Then the flurries turn into a sharp deluge, pelting the urban sprawl. The school children run for cover, laughing as rain cools the torrid air. A woman works frenetically to remove now soaking clothes from a laundry line. A businessman leaps up from his meal of egg noodles and runs for the shelter of a street vendor's terrapin canopy. Briefly, the rain conceals distances in a misty haze that blanks out the medley of eclectic forms that the city of Bangkok has become in the last decade of the 20th Century, or year 2536 as it is recorded in the more ancient Buddhist calendar.

Encounters is a curated collection of six contemporary short stories set across three continents. The stories reflect disparate adventures in a globalized, rapidly changing world: a young couple discovers the luxurious allure of Monte Carlo’s Grand Casino, a woman from San Francisco reveals an inspirational uncle’s secrets, a Bangkok expatriate lives out a night of excess, and a Russian immigrant navigates her unique New World voyage. Each story shines a different, up-close perspective on a lived moment in a certain place and time. Unmoored from the familiar past, these characters embark on borderless journeys that draw the reader into a range of vivid scenes and pivotal choices. Combining a subtle mix of character psychology, keenly observed settings, and dramatic, surprising decisions, Encounters brings to life the universal thrill of new love and the heartache of departure and loss.

Brett Andrew Strange is the author of numerous short stories and a novel, Against the Dusk. He is a Chicago native, graduate of Harvard College, and a former US intelligence officer. Brett has lived and worked throughout Europe and Southeast Asia and currently resides in San Francisco with a view of the Golden Gate Bridge and the vast Pacific Ocean beyond. For more information on available fictions please visit www.brettandrewstrange.com