The Power of God Changes All 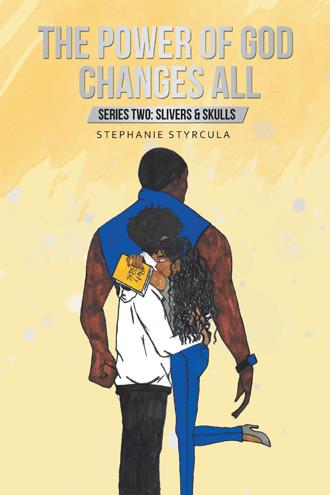 I walked out of the store took a large gulp of water as something caught her eyes. Across the street from Kenny's, I spotted something I had missed for the longest. My BMW! I quickly distinguished my vehicle by the license plate, which stated: Babygirl #1. I became excited until the girl came out of the house where she parked the car. I yelled out in my head, Akasha! "What is that skullette skank doing in my hood?" I loudly questioned myself in a whisper, then pleasantly smiled, "What an ignoramus.”Rapidly walking across the street, I kept my eyes on her as if I went for a quiet hunt. I waited until her vision finally met with mine, and the fear in her eyes made me smile even more challenging. This is what I've been waiting to see, fear in the eyes of those who hurt me. Feeling the adrenal start to pulse in both temples, I shook my head in disgust and tsk-tsk when the girl pulled out her gun.“I know you're not pulling that thing out on me in my hood.” “What you gon' do about it?” Akasha asked, trying to sound harsh. I rolled my eyes,“You know what, spend less time with your punk of a crew and more time in your English class.” Akasha did not respond, but she continued to point the gun at me. Smoothly cracking a half-smile, I laid my water and snickers on the ground,“I bet you feel tough with that gun, don't you? Well, let's see how tough you really are without it.” Akasha lowered the gun to the ground slowly,“What are we fighting for?” My eyes fell on my BMW,“The car.” Then I wrapped my long black hair in a tight, thick braid before offering,“Why don't you throw the first punch.” “Before I do," Akasha delayed, then sarcastically commented, "Let me ask you something.” I narrowed my eyes but patiently waited. “Did yo' friend make it okay?”She asked in a phony friendly voice. “Of course, she did," Nastily and confidently, I responded. “Dag," said Akasha,“I should've aimed it at her large head.” My eyes became big with fury,“You fugly oaf.” “And you know what?” She got straight to the point,“I wish that I shot you instead!” I swung at her in anger, but Akasha preparedly dodged my fist. She struck and got one punch from my left jaw. I shook it off, grabbed her arm at the next swing she tried to make, and kicked her very hard in the stomach. Gasping in pain, Akasha fell to the ground. I repeatedly kicked her in the stomach the head, and then I got on her by placing my knee to her throat. Akasha tugged at my hair and tried to swing her arms, but I tightly pinned her down on the ground with my left hand, then gave her one hard punch to the nose with my right fist. When I found her weak, I instantly figured that there was no way she could fight me back, so I took advantage of that. I began beating her and constantly banging her head against the ground. As the memory of my traumatized night of the skullettes thrashing me ran through my mind, exploiting every detail of their punches, kicks, head-bashing, lip-busting, and blood-splattered nose. All that, along with painful thrusts that stole my innocence, poured out through my fist and onto one of the ones that showed me no mercy. Well, I reciprocated the merciless act at that indefinite interval of time. Leniency for this girl did not exist; therefore, my attack on her did not cease until Akasha passed out. While catching my breath, a thought popped into my mind. Immediately acting on it, I unexpectedly ripped out one of Akasha's hair extensions and placed it in my pocket. Out of breath, I said to her before grabbing my car keys out of her fanny pack,“You're so lucky that I'm not in the mood to kill anyone right now.” Akasha groaned and then opened her bruised eyes. Standing against my car with a full grin on my face, I stated, "Now you see skullette skank, I'm not helpless anymore. What you and your demon friends did to me made me stronger than you can only imagine, and I'm proud to say that my retaliation won't stop here. So, you run and tell that to the rest of your hound dogs,”I climbed in my BMW and drove away. 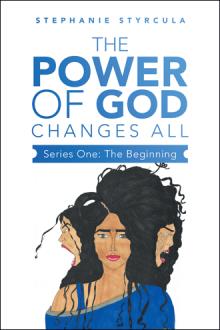 The Power of God Changes All
Stephanie Styrcula
$34.99

In Series Two: Slivers & Skulls Gabriella embraced her role as the Playgirl of the slivers, but it was more responsibility than she anticipated. She tried to balance her juvenile delinquent ways and rekindled connection with Gabriel, the little boy from the Annual Boardwalk Fair in 1971, who claimed her as his girlfriend and couldn’t be any more ecstatic to have crossed paths again. Along with jealousy from some of their peers, Gabriel had a secret that would affect their relationship entirely. Still, Gabriel and Gabriella’s attachment was too strong to unfasten. Her agility was on point and prepared her for whatever the skulls had planned since she was their primary target. Yet would it be enough for her and her brother Jerome, the leader, to protect their friends? Especially after the lock up of Demonte Walker, the Shotcaller of the slivers. Would the two of them be able to hold down the fork? The skulls tried to dismantle the slivers one by one, but they didn’t seem to understand that Gabriella wasn’t alone. A higher power that watched over her from the second she was born reached out to guide her on the straight path where He needed her to be that created major change to her lifestyle.