Book One of the American River Trilogy 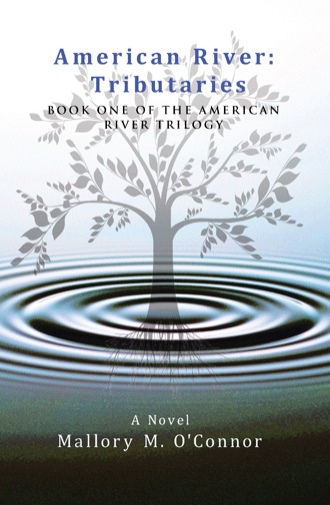 On the American River

Juan Morales sat at the desk in his study at Rancho Las Posas. Through the casement window above the desk he could see evidence of a beautiful Spring day—a deep blue sky, new bright green leaves appearing on the branches of the live oak trees, blue chicory and pink Indian rhubarb blooming in the meadow.

In the pasture across the gravel road that led to the entrance to the rancho, a small herd of Corriente cattle grazed in the tall grass. Interspersed with the cattle were several Andalusian horses that were Juan’s pride and joy.

He shook his head and thought of his father, Jose Dario Morales y Arguello, a descendent of the Morales family that had originally arrived in the New World in 1596. What would he have said about the looming crisis?

In 1792, Jose had joined the Mexican army. From land grants and purchases, he became a prominent landowner, with ranchos in Marin and Sacramento counties in California, including the Rancho Las Posas del Sierra, a four thousand acre spread on the South Fork of the American River.

When Don Jose died in 1840, his land holdings were divided between his four sons. The youngest, Juan Dominguez Morales, inherited Rancho Las Posas. He took up residence on the property, married Josepha Antonia Lopez, made numerous improvements, built a sprawling adobe hacienda, and set to work raising cattle and horses.

But in 1846 the United States declared war on Mexico. Mexican resistance ended with the Treaty of Guadalupe Hidalgo that was signed in 1848, the same year that gold was discovered at Sutter's Mill, about thirty miles up-river from the Las Posas ranch.

In 1851, the United States Congress passed "An Act to Ascertain and Settle Private Land Claims in the State of California." The Act required all holders of Spanish and Mexican land grants to present their titles for confirmation before the Board of California Land Commissioners. Contrary to the Treaty of Guadalupe Hidalgo, this Act placed the burden of proof of title on landholders. While the Land Commission confirmed 604 of the 813 claims it reviewed, the claim presented by Juan Morales was denied. He appealed the decision, but the confirmation process required lawyers, translators, and surveyors. When it proved too expensive for him to defend the title through the court system, Juan Morales found himself on a desperate situation.

He sighed and looked down at the ledger that sat open on the desk. “Madre,” he muttered, “estamos acabados, arruinados.” "We are finished, ruined."

The cost of fighting to save his land had proved to be overwhelming. He would have to accept the offer of an Anglo rancher to buy him out. And at a miserable price! Barely enough to cover the expenses to move his family to Guadalajara where he would join his brother's business making furniture and running a small dry goods store. No longer landholders, the Morales family would become part of the working class for the first time in nearly 400 years.

Juan glanced up to see his son, ten-year-old Diego, watching him from the doorway. With the ranch in bankruptcy, how would Diego, Juan’s wife, Josepha and his four other children handle the move to Mexico?

He got to his feet and walked slowly to the doorway and put his hand on Diego's shoulder. “My son,” he said, “We are going to be leaving Las Posas.”

Diego looked up at him with troubled eyes. “But why, Papa?”

“Your Uncle Ricardo has invited us to come and visit him in Mexico. If everything works out, we will find a place to live nearby.”

“But we will come back to Las Posas, won't we?” Diego asked.

Juan took a deep breath and tightened his hand on his son's shoulder. “No, Diego,” he said, “The Morales family is returning to Mexico. We will not come back.”

But he was wrong.

In the mid-1800s, three immigrant families—Irish, Japanese, and Mexican—settle along the American River in Northern California. A century later, only one family remains.

Owen McPhalan’s Mockingbird Valley Ranch is still a thriving family business in 1959. But when his wife, Marian, leaves Mockingbird to follow her dream of becoming a successful artist, she ignites a firestorm that impacts the descendants of all three families. As artists, musicians, writers, and politicians inherit their immigrant parents’ hopes, they are torn apart by ambition, prejudice, and deception while struggling through the turbulent 1960s. From the concert halls of Europe to Kyoto’s ancient avenues, and Manhattan’s artist’s lofts to San Francisco’s North Beach, they each learn the price they must pay in order to realize their dreams. But just as the river is drawn to the sea, they eventually find themselves pulled back to the place that forged the original link between their destinies—a place called Mockingbird.

American River: Tributaries follows three California families as the descendants of Irish, Japanese, and Mexican immigrants embark on unique journeys to pursue their dreams amid an unsettled 1960s world.

Mallory M. O’Connor holds degrees in art, art history, and American history from Ohio University. For twenty years, she taught art history at the University of Florida and Santa Fe College. She was also a feature writer for Business to Business magazine and authored two nonfiction books. Now retired, she resides in Micanopy, Florida.