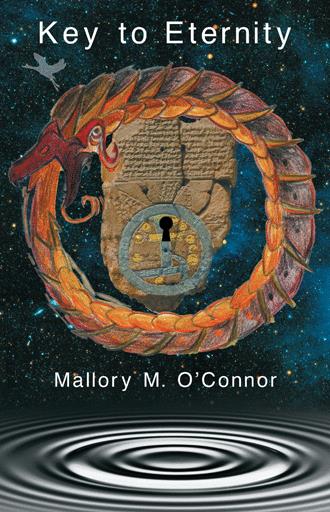 Epiphany had trouble getting to sleep. She kept thinking about the rift between herself and her son. She could understand his anger, his bitterness. When she left her husband, Lloyd Ramsey, Michael was eight years old. Already a dedicated young musician, he had loved New Yorkhis friends, his teachers at Julliard, the access to concerts and classes. She had taken him away from that rich cultural mix and brought him to the back woods of Florida, to the small Spiritualist Camp of Watoolahatchee, a place of great natural beauty but dubious access to cultural amenities.

She had triedfound teachers for him, taken him to concerts in nearby Orlando, encouraged him to continue his studies, but in her heart, she knew he had never forgiven her and that he blamed his discontents on her “profession.” How was she ever going to bridge that gap between them? Finally, exhausted, she drifted into a deep sleep.

Several hours later she woke with a start. Not from a dream, but as if she felt a cold hand on her face. Now what? She got out of bed and went to the window. A quarter moon was suspended above the trees, its light furtive and milky in the humid air. Then she saw a figure standing in the middle of the lawn. Even as she watched, the form solidified. It was the Old Man.

Hastily, she threw on a robe and crept down the hall to the kitchen door. Endora the cat woke and looked up at her, meowed indignantly, then curled back up on her pillow.

Epiphany paused on the back porch and looked around the yard. Where had he gone?

“Right here, lass,” said a voice and she turned to find him standing beside her. His face was grave and pale in the moonlight.

“Albert said I should talk to you,” she said.

“I keep having visions, and also dreams, about a Mesopotamian artifact. It’s a small tablet with an illustration of the story of King Gilgamesh.”

“The magic plant and the serpent that sheds its skin,” the Old Man said.

“Yes.” She eyed him curiously, wondering how he knew.

A smile tugged at his mouth. “I’ve been ‘round long enough to know a lot of things,” he said.

Chagrined, she murmured, “Of course.”

He studied the sky for a moment, then turned to her. “There’s some danger here, you know?”

“The men that took it from the glass case?”

“They’s just the front line. Know’d what they was after, I ‘spect. Had their instructions. Headed right for the border and handed it over to a safe house in Kuwait. From there it went to Jordan.”

Epiphany narrowed her eyes. “How do you know that?”

The Old Man laughed. “I got connections.”

Suddenly serious, he said, “Your young man needs to be careful.”

“Your friend from the Feds. He’s been chasin’ these guys awhile now, and they know it.”

A chill slithered down her back. She tried to put a name to what she was feeling, but it remained elusive. Fear? Anticipation? It was as though she’d had a premonition of something but didn’t want to recognize it. Maybe she should call Maro and tell him what she’d been seeing in her visions. Or maybe not.

“Keep a cool head, lass,” the Old Man said. “It’s the best way to help him.” His form began to waiver, growing dim, turning to mist.

“Wait!” She put her hand out, “I wanted to ask you about my . . .” but he was no more than a shadow slipping through her fingers. She stood staring at the place where he had been. Keep a cool head? How was she supposed to do that when she was seething with frustration and full of unanswered questions?

Psychic detective Epiphany Mayall is enjoying a lovely evening when her peaceful reverie is suddenly interrupted by a vivid mental image of a naked man sprawled on the ground surrounded by two snakes. Moments later, she realizes her vision is somehow connected to the ancient Mesopotamian story, the Epic of Gilgamesh—a legendary King Gilgamesh who left his home to search for the secret of immortality. Now she must wait for Spirit to send her another clue.

Soon, Epiphany finds herself on a new quest to solve a complex mystery. While tracking stolen antiquities and a clay tablet relating to the Epic, Epiphany relies on her psychic abilities and help from private investigator, Maro Gaido, and the FBI’s art-crimes division to help her hone in on the mysterious conspirators lurking in the shadows of the shady, global underworld of the arts and antiquities black market. Can Epiphany and her team locate the Gilgamesh tablet with its map to the flower of immortality before the treasure disappears forever into the private vault of a billionaire art thief?

Key to Eternity is the exciting tale of a psychic detective’s new mission to solve the mystery of the Gilgamesh tablet as she is transported around the world in search of stolen treasures.

Mallory M. O’Connor is an award-winning author of several books who holds degrees in art, art history, and American history from Ohio University. For twenty years she taught art history at the University of Florida and Santa Fe College. Now retired, Mallory resides with her artist husband, John, in Gainesville, Florida. Key to Eternity is the second book in a series.