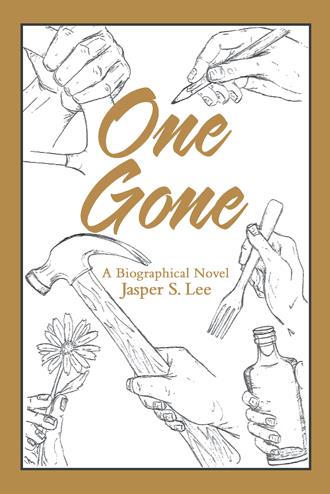 Cotton had been king on the plantation and other farms in Tinnin, Mississippi. (Local folks sometimes referred to it as “white gold.”) This had been so since the Shepard Plantation was established in the 1840s using Choctaw cession land and, somehow, continued through the U.S. Civil War of the early 1860s. The passage of Confederate and Union forces through the area brought havoc. The soldiers took what they wanted from the plantation. They threatened to burn the Shepard’s home, but after some discussion and intercession by young women, the home was not burned. The plantation owner had voted the Union ticket before the Confederacy was formed.

After the War, plantation life was changed forever. Even with reconstruction assistance by the Union government, recovery from the War was long and hard. Money for reconstruction sometimes failed to go for its intended purpose; often it was thought to have been stolen or wasted or to have gone into the pockets of influential people who typically were wealthy anyway. Major adjustments to crop production and changes in labor supply had to be made. This took decades.

Another impediment to gaining prosperity was the arrival of the cotton boll weevil in the early 1900s. This pest threatened cotton yields and profitability. People tried several ways of controlling the boll weevil but with limited success. Attention on the plantation was turned to other crops, including corn, sweet potatoes (called “taters”), and the pinder (West African name for the peanut).

On August 3, 1940, in the home of the Reverend Hunt (he was pastor of the Capitol Street Methodist Episcopal Church in Jackson), a marriage was solemnized in the presence of several family members and friends. Jasper Henry Lee (age 29) and Doris Elaine Sloan (age 25) exchanged wedding vows. (Lee was a descendant of the founder of the plantation and had been given the responsibility for its future well-being; he was known as Henry.) The ceremony was simple and demonstrated love and commitment between two individuals who formed a handsome couple. Vows spoke of “obey and serve, love, honor, forsaking all others, and being faithful in sickness and in health so long as you shall live.” Henry and Doris had no idea what was in store for them.

After the wedding, the couple initially lived in the pre-Civil War house on the plantation. A son was born about a year after the wedding. Henry continued to operate the plantation; times were tight but they were making it. World War II was underway. Farm life was challenging and filled with hard work. Things were about to become more challenging. On a mid-January morning Henry and a farm hand began grinding corn using a hammer mill belted to a steel-wheel tractor.

All was properly in place, and the equipment appeared to be operating smoothly. Suddenly things went wrong. The belt flew off the mill’s pulley. Still around the tractor’s power pulley, the looping belt was moving at high speed. The other end of the powerful belt loop ever so quickly wrapped around Henry’s right arm, grabbing it near the shoulder. The moving belt flung Henry to the ground at the base of a pole that helped hold up the shed over the mill. He was seriously injured and rushed to the Baptist Hospital in Jackson. With medical care, rehabilitation therapy, and counseling, he survived an amputation and other injuries. Henry carried on the farming operation he had inherited. Doris upheld the vows she made on their wedding day.

The tragedy brought changes in goals and way of life. Some days were very good for Henry on the farm; some weren’t. Healing was not easy. He did not know how hard it would be and how supportive his wife would be. A needed boost unexpectedly appeared. Who would have guessed what it might be?

Hollywood came calling! In 1977, Harold Phillips, the director of the Mississippi Film Office, made a stop at the farm and talked with Henry. He was scouting for a site for a Hollywood movie production company to make a film. An agreement was reached over the next few days, and the details were worked out. Trucks with equipment and support for filming the production arrived. Performers, technicians, cooks, security officers, and others began to arrive. Roll of Thunder, Hear My Cry was filmed on location at the Lee plantation in Tinnin, Mississippi.

The filming created a bright glimmer of enthusiasm in Henry’s life. It made him feel better all around, particularly when he received a letter from the governor of Mississippi thanking him for making the farm available for filming. Initially shown on ABC television as a three-part series, advance information about the broadcast dates was spread about the community; the film was highly watched by local citizens.

Some of the local people were upset; the film dealt with sensitive topics, such as nightriders burning houses, threats made by white people against people of color, and some white people befriending people of color. After the showing, Henry received numerous hateful and disturbing telephone calls about the film. Most callers never identified themselves. Some of them were very racist in their remarks. They lashed out at him with disgraceful insults and quickly hung up the phone. The callers (usually sounded like white men) could not understand why Henry would allow a film about the plight of blacks to be made on his farm. They untruthfully said it would destroy the entire Tinnin community (it was already changing for other reasons). Some individuals confronted him when he went out in the community, such as when he went to one of the local loafing stores.

The hoopla ended in a few weeks and it was back to somewhat normal. Farming was changing. Dependable labor was about gone. New ways of trying to make money were needed. Crop land was rented out. Beef cattle were pastured on the hill grassland. It was sad to see long-standing crops no longer being produced. After a few years, the pasture land was rented and gradually the property was sold.

Age and health increasingly became factors in life. Why life took the direction it did was never understood. Could environmental factors be important? Could a cookware party of the early 1950s be a factor? One would never know, but by the end of his life, he had become an inspiration to all who knew him.

Tragedy and trauma often create human hardship. Such is the case for Jasper Henry Lee. Born in Mississippi in 1910 and known to his friends and family as Henry, he loses his right arm in a farming accident in 1943, an event that changes his life forever.

The views and attitudes of his family, the medical community, farmers, and others on his state as an amputee affect his health both physically and mentally. A few people believe Henry is no longer a complete man capable of operating a farm—responses that strike a blow to his self-confidence. From early childhood, he has been raised as the only male heir to the plantation; it is his duty to continue the farm and build success. What Henry has, however, is an old, somewhat dilapidated plantation that barely survived the hardships of the Civil War, the Great Depression, and, of course, the arrival of the cotton boll weevil. In spite of this, the Lee farm holds history and potential. Can Henry adapt to changing times and new technologies in order to keep his family’s dream alive?

This biographical novel tells the story of one man’s adjustment after a tragic accident and how the love and commitment in his marriage kept him going in the face of adversity.

Jasper S. Lee has been involved in a wide range of research and development initiatives in agricultural education, including his time as a faculty member at Virginia Tech and Mississippi State University. He has also worked as a full-time developer and author of agricultural science textbooks and materials. He is the author of one previous biographical novel, Return to Tinnin. He and his wife, Delene, currently live in the Blue Ridge Mountains of Northeast Georgia.