How DNA Testing Changed a Family 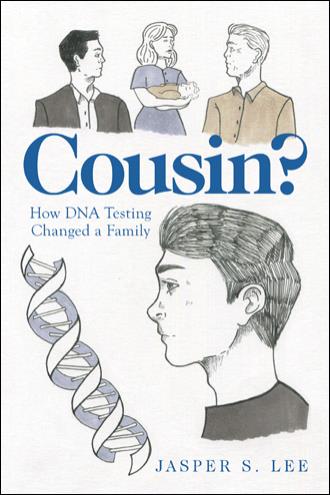 Messages about new DNA matches always piqued my curiosity. I went to the website of the testing company and entered account information so that I could see what this was about. The company’s findings were based on new customers submitting samples for DNA testing and the results going into the database of tested individuals.

To my amazement, these findings revealed not one person but several. Eight individuals were pictured. Of these, three-fourths were women. I clicked on one picture, and it indicated: “We can’t find any common ancestors. This can happen if your family trees aren’t linked to your DNA results, or if you don’t have the same people in your trees. If we find any common ancestors, you’ll be able to see them here.” Impatient, I wanted to know now.

Based on my past experiences, the wheels of progress can turn slowly in finding new relatives through online DNA websites. Everyone is waiting for another person to take the test that shows shared DNA. But, I wasn’t finished with my online use of this website on this day.

Next, I clicked on “View all DNA matches.” These matches were from most to least based on the amount of shared DNA, based its measurement in centiMorgans (cMs). Near the top of the list was a new individual. “Who is this person?” I asked myself.

I looked to see if the person was a male or a female. My new relative was said to be a male. What was the person’s name? His name was listed as Bobby Lee Pennington. I had never before heard the Pennington name associated with my family ancestors. I noted that he joined the DNA online site and had DNA tested in 2017. This was the year that I discovered this exciting information and four years after I had my DNA tested.

The test results indicated that our shared DNA was 914 cMs across 38 segments. For me, this was all on my maternal family, with no paternal side sharing. That likely made the individual a first cousin on my mother’s side. According to information derived from DNA test data, 99 percent of the time a measure of 914 shared cMs indicates that an individual is a first cousin. Wow! I had never before had a male maternal first cousin.

According to the book Genetic Genealogy in Practice by Bettinger and Wayne, the normally accepted range of cMs for a first cousin is 553 to 1,225, with an average of 874. Bobby Lee was well within that range and above average by sharing 914 cMs with me. That was exciting. But, questions came into my mind.

Where did Bobby Lee Pennington come from? How did he fit into the family? He and I shared more cMs of DNA than all but one of my known first cousins! Several first cousins were listed just below his name based on the amount of shared DNA. Could he be an uncle instead of a first cousin? Could he even be a half-sibling? I had been raised an only child; to have a sibling or half-sibling would certainly be a surprise to me. I had also been raised to believe and practice monogamy in a marital relationship and that there was never to be a sexual relationship outside of marriage. Understanding possibilities tended to take more than the usual amount of mental assessment. However, it seemed that Bobby Lee was a first cousin. More investigation was needed to sort this out.

Curious, I wanted to know about my ancestors. I have read and heard quite a bit about using DNA testing to settle curiosity, but these testing results only heightened my curiosity. Who was this person? Where did he grow up? Who were his parents? Where did he live? Had I ever met him? The results of this DNA testing had certainly uncovered a mystery.

I investigated some more. DNA testing can be quite revealing of family history when used in conjunction with family trees and online searches. Sometimes it reaffirms what we already know; other times it brings big surprises. On this particular day, it introduced a big surprise.

Over the next few weeks, I talked to relatives and searched more online sites. I went to the Mississippi Department of Archives and History in Jackson and to several county historical centers around Mississippi, including Monroe and Rankin Counties. I retained the services of two genealogy consultants (plus a couple of other people I thought would be sufficiently skilled to help with this sorting task). I scratched my head.

DNA testing challenges a preacher’s adult son, and newly revealed infidelity stresses family relationships. How does a man cope with learning that his father wasn’t who he thought it was?

Author Jasper S. Lee has developed an interest in genealogy and family history in recent years thanks to the discovery of family artifacts dating from the 1840s in the family plantation home. Now he investigates many angles while determining how Bobby Lee Pennington is biologically related to his other family members. Was he a son, cousin, uncle, brother, or something else? Unfortunately, all of Bobby Lee’s ancestors are deceased, so there is no way of obtaining a DNA sample for confirmation. The result leaves him with an interesting and unsettled relationship with the man he had called Daddy—as well as an unclear connection to relatives he didn’t know he had.

Presenting a true story built on a foundation of genealogical research, this narrative of family history explores the relationships resulting from an unexpected result of a DNA test.

Jasper S. Lee has been involved in a wide range of research and development initiatives in agricultural education, including his time as a faculty member at Virginia Tech and Mississippi State University. He also spent nearly thirty years as a full-time agricultural science author and editorial consultant. The author of two previous biographical novels, Return to Tinnin and One Gone, he lives with his wife, Delene, in Athens, Georgia.