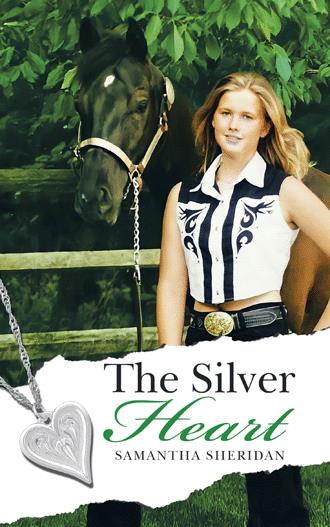 Back to their table, Sue found a single red rose lying on their table. Sue picked it up and smelled. The aroma of the rose was complete, sweet, and delicate. Sue wanted to cherish this rose forever. She felt like she was in another world, a world completely strange to her, a world she could get used to very quickly.
Sue realized that in one night, Mike had her falling for him. She wanted to be with him always. Sue looked across the table at Mike and looked straight into the same caring eyes she saw the first day they met.
A waiter suddenly appeared at the table and presented Sue with a little blue velvet box. Sue looked at Mike. She looked down and felt the soft and luxurious material on the outside of the box. As Sue opened the box, she felt her heart stop beating. There, in the box, was the silver heart necklace she had fallen in love with at the state fair.
“Where did you get this?” Sue asked.
“I saw your reaction the day you found it at the state fair. I knew you loved it, so I went back to the Montana Silversmith display and bought it the next day,” Mike said.
Sue didn’t want to explain why she had not bought it that day. She would let him think what he wanted, not wanting him to know how tight her budget was. It wasn’t something she was ashamed of; she just didn’t want Mike to think she was poor. Sue had learned to be frugal with her money.
As Mike stood, walked behind her, and placed the necklace around her neck, Sue felt a chill run through
her. She wanted him to take her in his arms and kiss her until the night ended, to feel his arms around her, to know they had a future together.
“Thank you, Mike. It is so beautiful. I love it.”
Mike took Sue’s hand and led her back to the dance floor. They danced until after midnight and laughed as they talked about life and how they were brought together. Sue admitted she never thought Mike would see her standing at the back of the grandstand.
Mike laughed because he had seen her the minute she had walked into the grandstand. Not a soundman or audio technician, but a young woman showing all the warmth and caring in the world, wearing her feelings on her shirtsleeve.
He remembered that day like it was yesterday. As he had walked on stage, he had been told they had one of his favorite love songs cued up to go. When Mike sang a love song, he always tried to envision himself in the song, to reach out to the audience and let them feel the song with him. As he started the song that day, he had felt a loss of emotions, then had felt something pulling at him, almost a nagging feeling, so he looked up. That was when he saw the blonde standing next to the support beam. Mike remembered feeling all his emotions go into the song. It didn’t matter that the sound men were dropping tools or that they were rearranging the set decorations.
As he looked back on that day, he was glad he had let himself be pulled into the grandstand. This girl was way too special to ever let go. He needed her in his life as much as he thought she needed him. 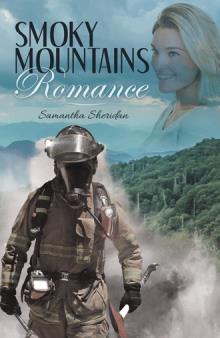 A young girl from Ohio grew up loving horses and took any job she could in the horse industry. One afternoon while working at the Ohio State Fair, she meets a handsome singer who sweeps her off her feet. He takes her on a romantic date and gives her a silver heart necklace. Sue falls in love but then she gets the job of a lifetime and moves from Ohio to work for the American Quarter Horse Association in Texas. Will Mike move with her, or will this create a divide between them? She lives in a ranch guest house and pays for her room and board by doing marketing for the owners. While working there she meets a cowboy who does everything he can to get her attention. What part will he play in this love story? Looking back on her life, Sue realizes how much she was loved and takes you on her journey, eventually becoming the largest breeder of Quarter Horses in the United States. Her life is filled with adventure, love and sadness.

Samantha Sheridan found her love for the outdoors and horses while growing up on a farm. After majoring in communications at Wright State University, she became an on-air radio personality and then an editor for a local newspaper where she discovered her love of writing. Today, Samantha still resides in rural Ohio where she continues to write.